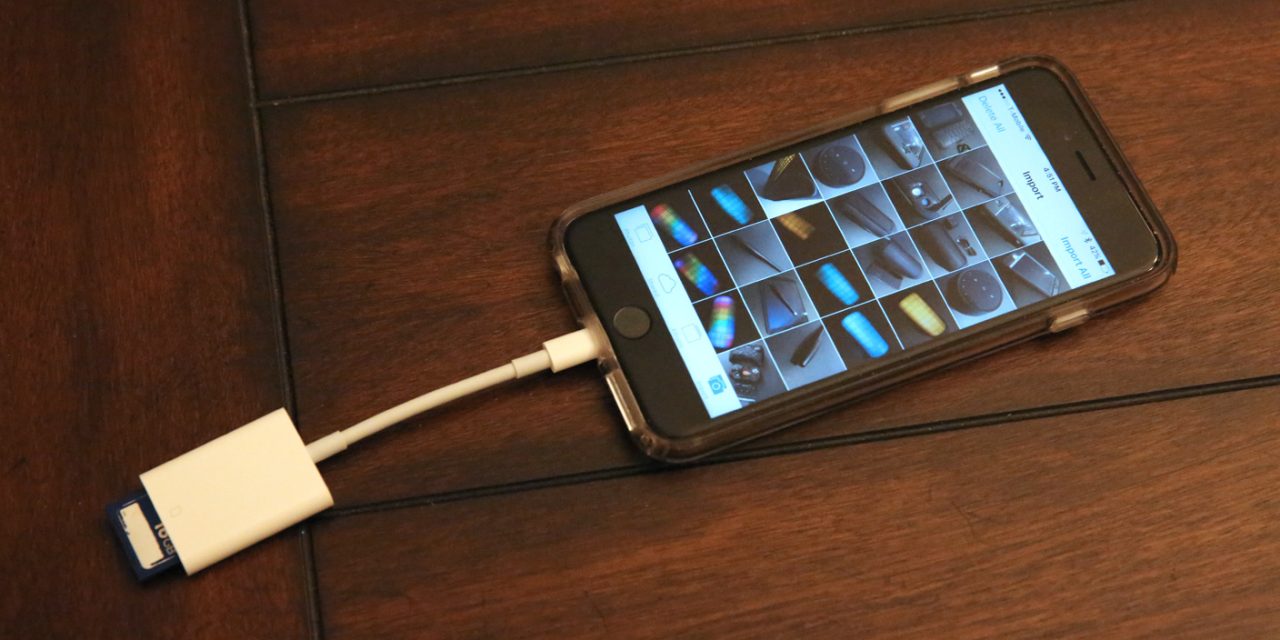 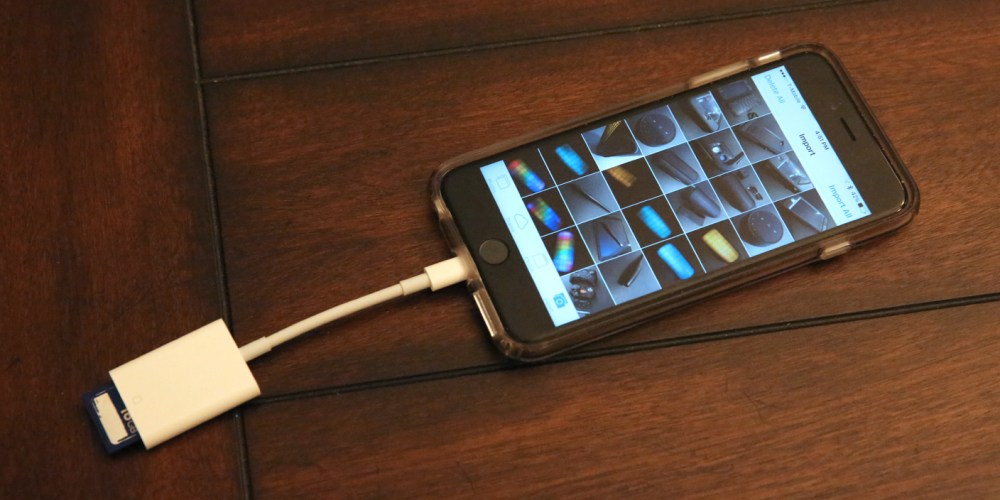 Three years ago, Apple released the original Lightning to SD Card Camera Reader, a larger, faster, and more expensive version of a Camera Connection Kit component it had previously developed for Dock Connector iPads. When I tested it back in 2012, I noted that the reader was working 3 times faster than its predecessor when used with the then-current iPad (4th-Gen), and 50% faster with the original iPad mini. Since then, iPads have only gotten faster, while the Reader has stayed unchanged.

This week, Apple subtly replaced the accessory with the Lightning to SD Card Camera Reader (USB 3), which carries the same $29 price and arrives in a nearly identical box. As the parentheses suggest, the new Lightning to SD Card Camera Reader is capable of running at USB 3 speeds if the connected iPad supports USB 3 — for now, only the iPad Pro does — but it’s backward-compatible with earlier USB 2 iPads, and thanks to iOS 9.2, both old and new Readers now work with iPhones. If you have an iPad Pro, or plan to get a new Apple device in the future, the new version should be a no-brainer purchase over its predecessor, though other options (such as Eye-Fi’s excellent wireless SD cards, reviewed here) can eliminate the need for card readers altogether, even if they operate at slower speeds…

Breaking with historic (but not universal) Apple practice, the USB 3 version of the Lightning to SD Card Camera Reader is — like the fourth-generation Apple TV — noticeably but not importantly larger than its predecessor when they’re placed next to each other. Measuring 5.2″ long by 1.2″ wide and 0.3″ thick (versus 4.6″ long by 1.2″ wide by 0.27″ thick), the new Reader has a longer and slightly thicker SD Card chassis, as well as a thicker cable leading to its Lightning connector, both parts no doubt in service of hidden USB 3 components inside. 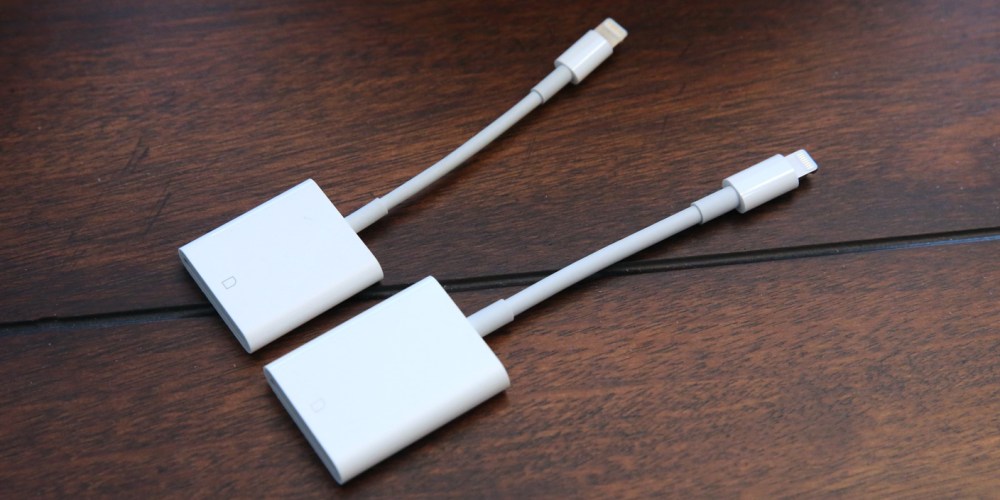 Interestingly, the changes aren’t obvious from the packaging, so you’ll need to look carefully to make sure you get the right version. Apple’s new box looks virtually identical to the old one, this time oddly leaving off the SD Card icon that’s found on the top of both Readers, and indicating the new version’s presence only in tiny print on a bottom-edge sticker. The new version is labeled as “MJYT2AM/A Lightning to SD Card Camera Reader (USB 3),” model A1595. There’s no reference to iPad Pro or iPhone support on the box, or in the instruction manual. Even the image on the front of the box looks like the old version.

The user experience is mostly the same between the two accessories. Plug the card reader into your iPad or iPhone, and nothing happens. But insert an SD Card and the Photos app will launch automatically, switching to a newly-added Import tab. Press a button and the import process will start, blazing through even high-resolution photos at a rapid clip. To really test the “Pro” potential of the new USB 3 Lightning to SD Card Camera Reader, I decided to use a very large DSLR photo collection — 1,107 photos, each taken at a resolution roughly twice as high as Apple’s best still cameras, for a total of 6.83GB. I timed each transfer with the USB 3 Reader on three different devices, then after deleting and purging the photos, repeated the process with the USB 2 version. 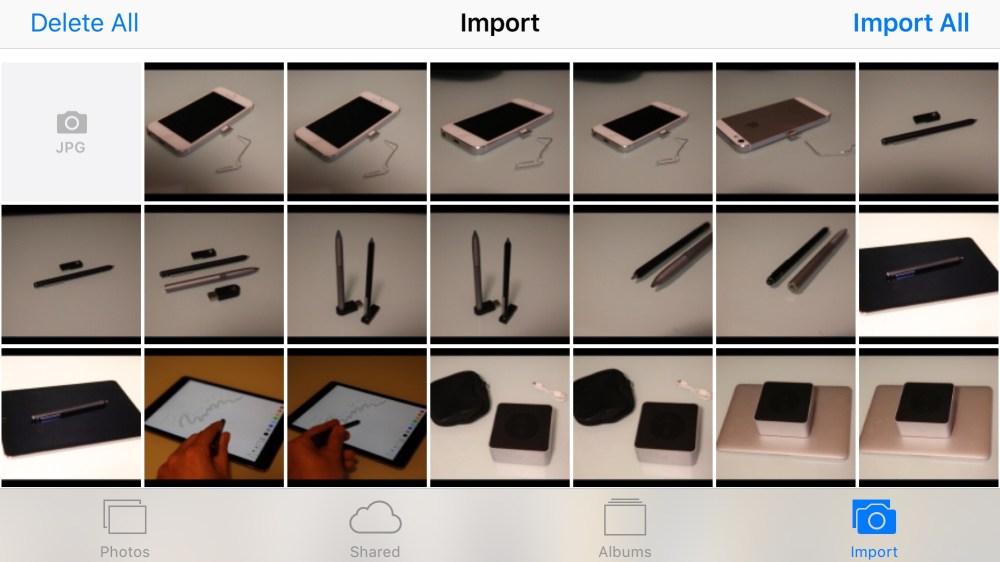 Perhaps not surprisingly, the only device where I saw a meaningful speed difference was the iPad Pro, which took 6 minutes and 15 seconds with the USB 3 Reader versus 7 minutes flat with the USB 2 Reader. Running the same test with an iPad Air 2, the USB 2 version took a meaningless 5 seconds longer than the 12 minutes and 15 seconds of the USB 3 version. And the iPhone 6s Plus took only 1 second longer with USB 2 than the 6 minutes and 39 seconds required by the USB 3 Reader. My takeaway from these tests is that, for now, a given iOS device’s CPU performance has more of an impact on transfer time than USB performance; the real difference between the A9X-based iPad Pro and A8X-based iPad Air 2 was, as can be seen from the A9 iPhone’s speed, not USB 3. But as iPads get faster and add USB 3 support, the new Reader will likely continue to widen the gap over the prior one. If you routinely use large memory cards with lots of pictures, the minutes saved with the new Reader and iPad Pro will start to add up. 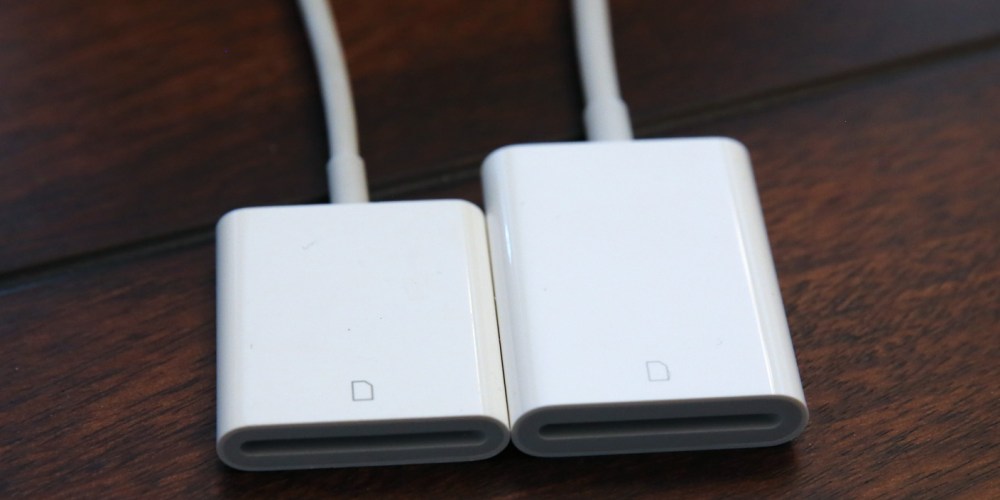 One other thing worth mentioning in light of the SD Card Camera Reader’s addition of iPhone support is the significant battery drain you can expect to see when using the accessory. On an iPad, you probably won’t even notice a drop in power unless you’re doing super huge photo dumps. But on the iPhone 6s Plus — with one of the largest phone batteries Apple has ever shipped — the battery dropped by 1% for each minute the SD Card Camera Reader was in use. The impact on smaller iPhone batteries is likely to be larger, and this is a key reason Apple previously declined to let these accessories work with its pocket devices. 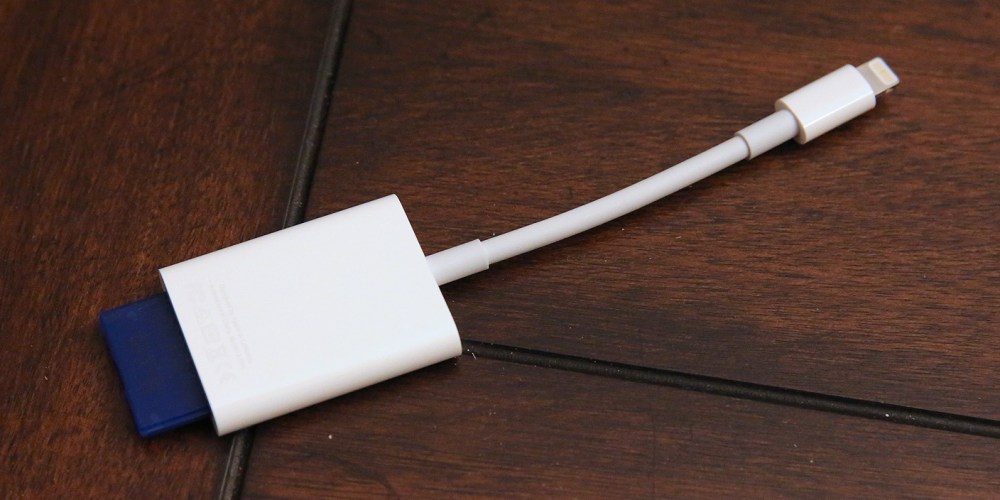 So is the USB 3 Lightning to SD Card Camera Reader fantastic? That depends on the iPad or iPhone you plan to use it with. iPad Pro users should preferentially seek it out if they want to achieve peak transfer speeds, while everyone else can — for now — comfortably keep using the prior version, which performs almost identically at its sole task. I personally have strongly come to prefer the convenience of using wireless SD Cards including Eye-Fi’s excellent Mobi and Pro X2 series, which eliminate the need for Lightning readers in favor of automated Wi-Fi transfers as I snap photos. But if raw speed is what you need, the latest Lightning to SD Card Camera Reader is fairly priced at $29, and worth considering.