Note that the iPhone 6s and 6s Plus did not register in the top 20 list which ends with the Nikon D3100 at 1% as the latest iPhones were only available for a small portion of the year sampled. Going into 2016, the latest iPhone models feature significant camera upgrades over past models, further replacing dedicated point-and-shoot cameras for many consumers and even DSRLs for some.

Compare that to Android which saw Samsung smartphones make the list but in lower listings. The Samsung Galaxy S4 is the first Android cameraphone on the chart in 11th place at 1.5% of all photographers, followed by the S5 in 13th at 1.2% and S3 in 19th with 1.1%.

Flickr also found that iPhone users often use multiple devices to upload photos, most commonly various iPhone models followed by different Canon cameras. You can read the full study here and see the top list below. 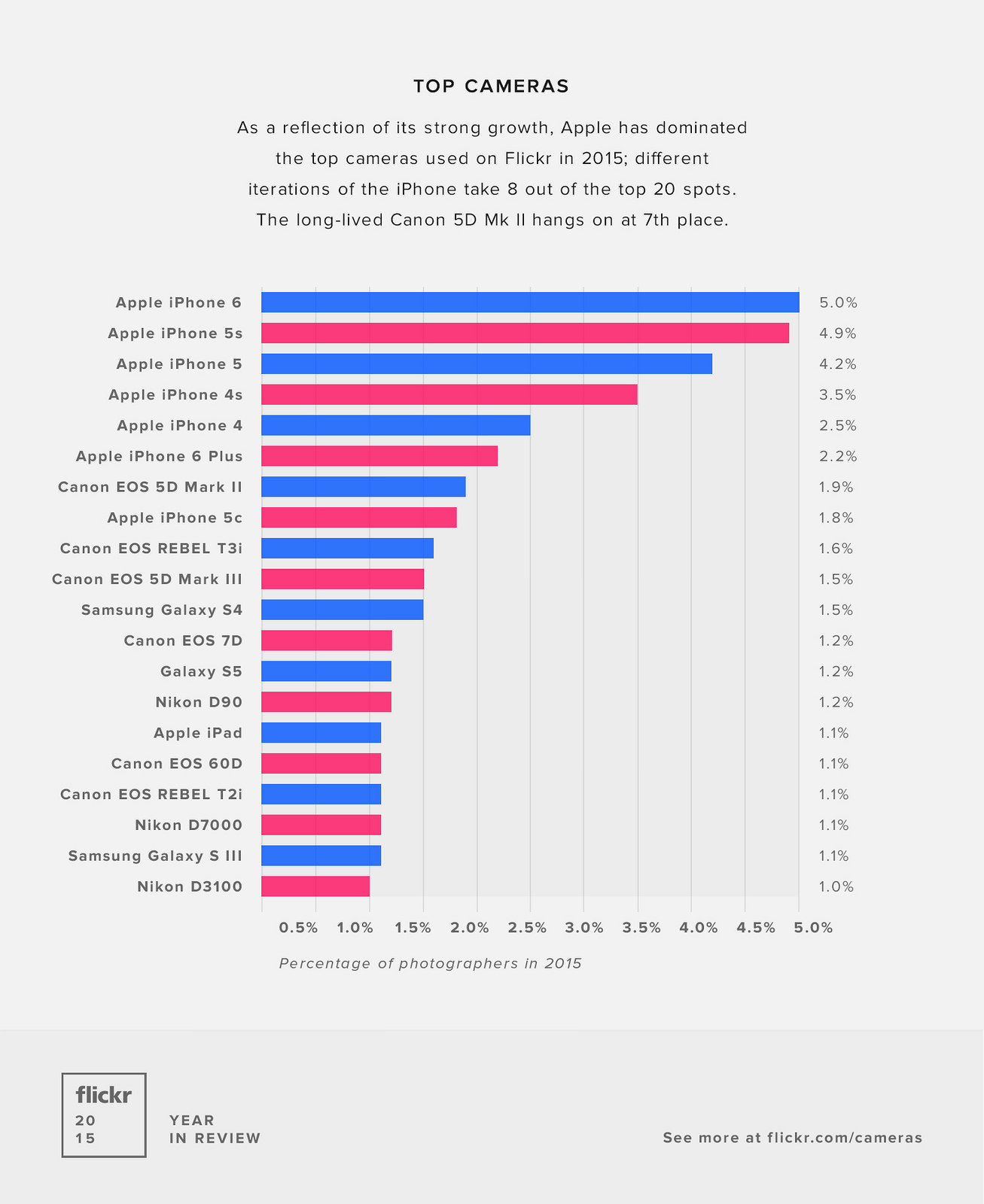