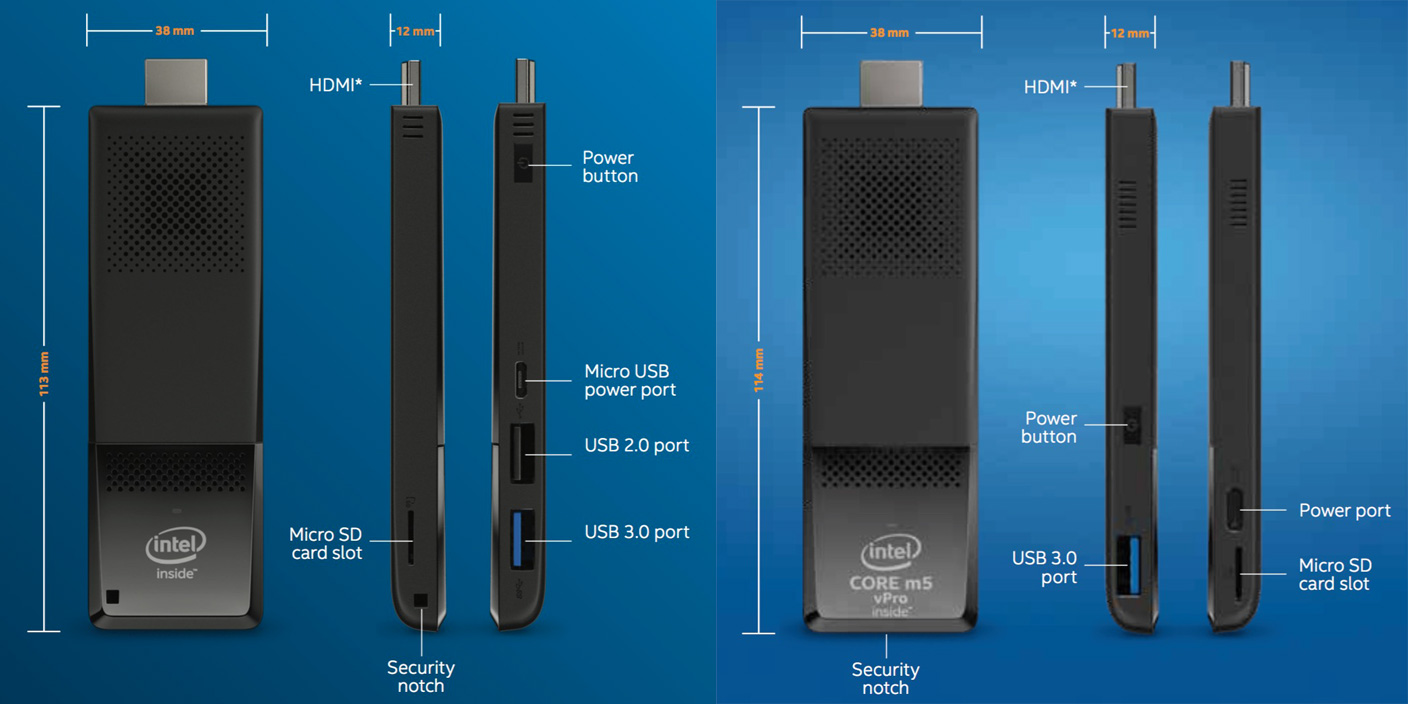 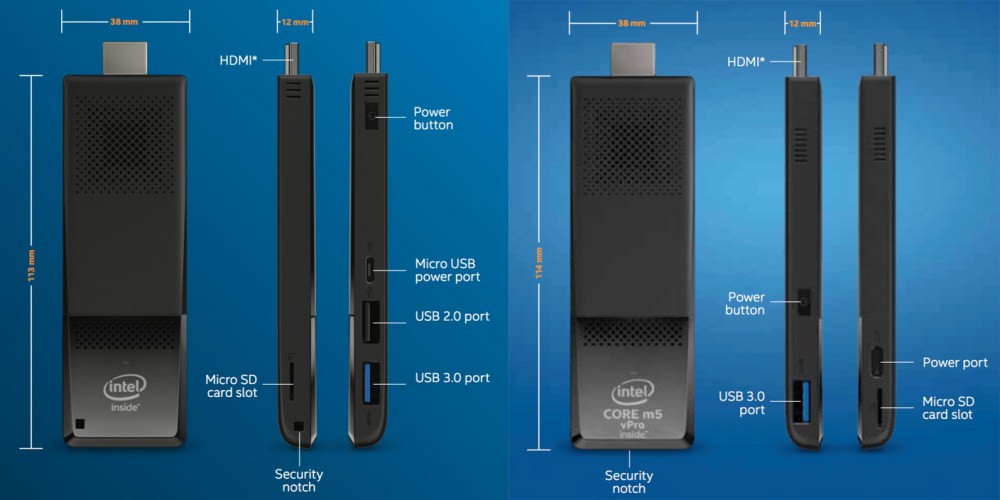 One year after introducing the original Compute Stick, a version of which was featured in our guide to building a $150 iTunes media server, Intel today announced the 2nd-gen Compute Stick ($159-$499) with many noteworthy improvements. Still shaped like a pack of gum, the new Compute Stick fits a full-fledged PC into a small black enclosure, elongated modestly to accommodate a second USB port and new wireless hardware. This year, Intel is offering Atom, Core M3 and Core M5 versions, though even the $159 quad-core Atom version has enough power to serve as a full-fledged iTunes media server…

Each new Compute Stick measures roughly 1.5″ wide by 4.45″ long by 0.47″ thick — smaller overall than the Apple TV Siri Remote — while packing enough power to run standard Windows 10 apps, notably including iTunes. The size and integrated HDMI 1.4b connector enable the Compute Stick to plug directly into any HDTV, while USB and wireless features let you connect external storage devices and peripherals as needed.

Unlike the 802.11n, single-port original model, the new Atom version of the Compute Stick includes one USB 3.0 and one USB 2.0 port, as well as dual-band 802.11ac Wi-Fi support. It ships with 2GB of RAM and 32GB of on-board memory, expandable using SDXC cards to an additional 128GB before USB or wireless storage are considered. The Atom processor inside has been bumped to Cherry Trail, and the MSRP is $10 higher than the first model’s, though first-gen Compute Sticks can currently be had for $100 to $120 online. Intel’s new Compute Sticks with Atom processors will be shipping soon.

Additionally, more powerful versions with Intel Core M3 ($399) or Core M5 ($499) processors will be available in February. They will jump from the Atom version’s Bluetooth 4.0 to Bluetooth 4.2, use a different power port, and lose the USB 2.0 port while growing 1mm in length. Each version will have 4GB of RAM and 64GB of onboard storage.