Having launched only a few months ago, Apple’s new iPad Pro challenged third-party developers to quickly come up with new accessories worth showing this year at the 2016 Consumer Electronics Show. A bunch of companies rose to the occasion at CES, showing off new cases, keyboards, and batteries made to handle the 12.9″ tablet’s size and needs.

With nicer materials and more deluxe features than the basic (often $20-$30) iPad Pro cases that have appeared online, most of these new options are also a lot more expensive. Check out the best of the new iPad Pro accessories below…

Some of the biggest early iPad Pro accessory categories have been cases, keyboards, and keyboard cases, as early Pro users have sought the right balance between using the iPad as a pure tablet or converting it into a laptop-like computer. Third-party keyboard makers seem to be fine using Bluetooth wireless rather than the iPad Pro’s new Smart Connector, as you’ll see in the Brydge and ClamCase options below. Brydge debuted BrydgePro ($189), a backlit Bluetooth 4.0 keyboard attachment that weighs 1.60 lbs and is .27-inches thick — letting the combined keyboard and iPad Pro remain thinner than the MacBook Air. Multiple brightness levels are supported, and three-month battery life is promised. It will be available in gold, silver, or gray in April. More details are here. 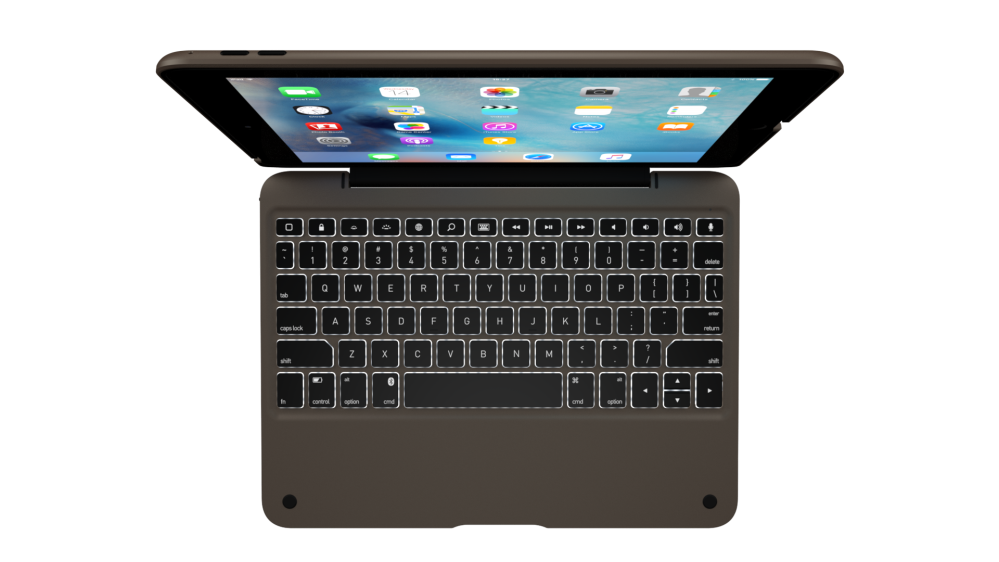 Incipio’s ClamCase division unveiled ClamCase+ for iPad Pro ($170), promising a multi-brightness level backlit, full QWERTY keyboard inside a gray, silver, or gold housing. It uses Incipio’s 360-degree hinge to attach to the iPad Pro, and notably includes an Apple Pencil storage slot. ClamCase+ is expected in the second quarter of this year; more details are here.

“Pro” uses of the iPad Pro may or may not require ruggedization. For people who need a lot of protection, Griffin has debuted Survivor Slim for iPad Pro ($90), an MIL-STD-810G drop-proof case with a rear kickstand, Apple Pencil holder, and Smart Keyboard compatibility. Black/black, blue/black, and pink/gray versions are available.

The flash drive specialists at Hyper took the wraps off an accessory that could appeal to iPad Pro users in need of extra memory. iShowFast adds 16/32/64/128GB of flash storage to the iPad, transferring files between a USB 3-equipped computer at up to 140MB/sec (read) or 45MB/s (write) speeds. Read more here.

Based upon earlier versions for MacBook Airs and Retina Pros, Incase is offering a basic iPad Pro case called the Icon Sleeve with Tensaerlite ($70), which comes in black, heather gray, or blue colors. The material is shock-absorbing and completely covers the iPad Pro, flipping open on one edge to provide access to the tablet’s top or bottom. 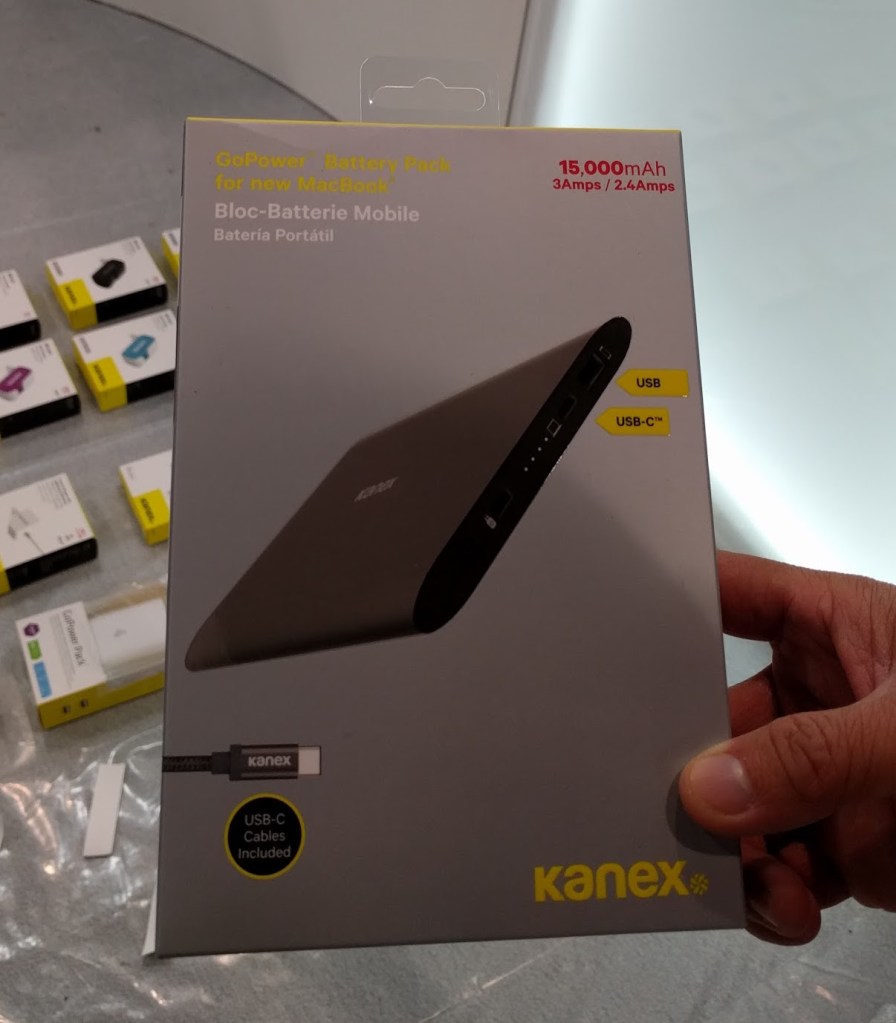 Finding a battery with enough power to recharge either the iPad Pro or a 12″ MacBook isn’t easy, but that’s what Kanex has done with its new GoPower 3-Amp Battery Pack with USB-C support. Bundled with a USB-C cable and possessing a 2.4-Amp USB-A port for use with the iPad Pro, the 15,000mAh battery has enough juice for a full iPad Pro recharge. The final price and release date are still TBD, but it’s coming “soon.” Read more here.

One of the iPad Pro’s biggest challenges has been to add protection without radically increasing the tablet’s already-substantial 1.5-pound weight. SwitchEasy’s CoverBuddy ($40) is an inexpensive 1.5mm-thick polycarbonate shell with a removable Apple Pencil holder on the back, and the ability to work with Apple’s iPad Pro Smart Covers. Three neutral colors are available — white, translucent black, and translucent clear.