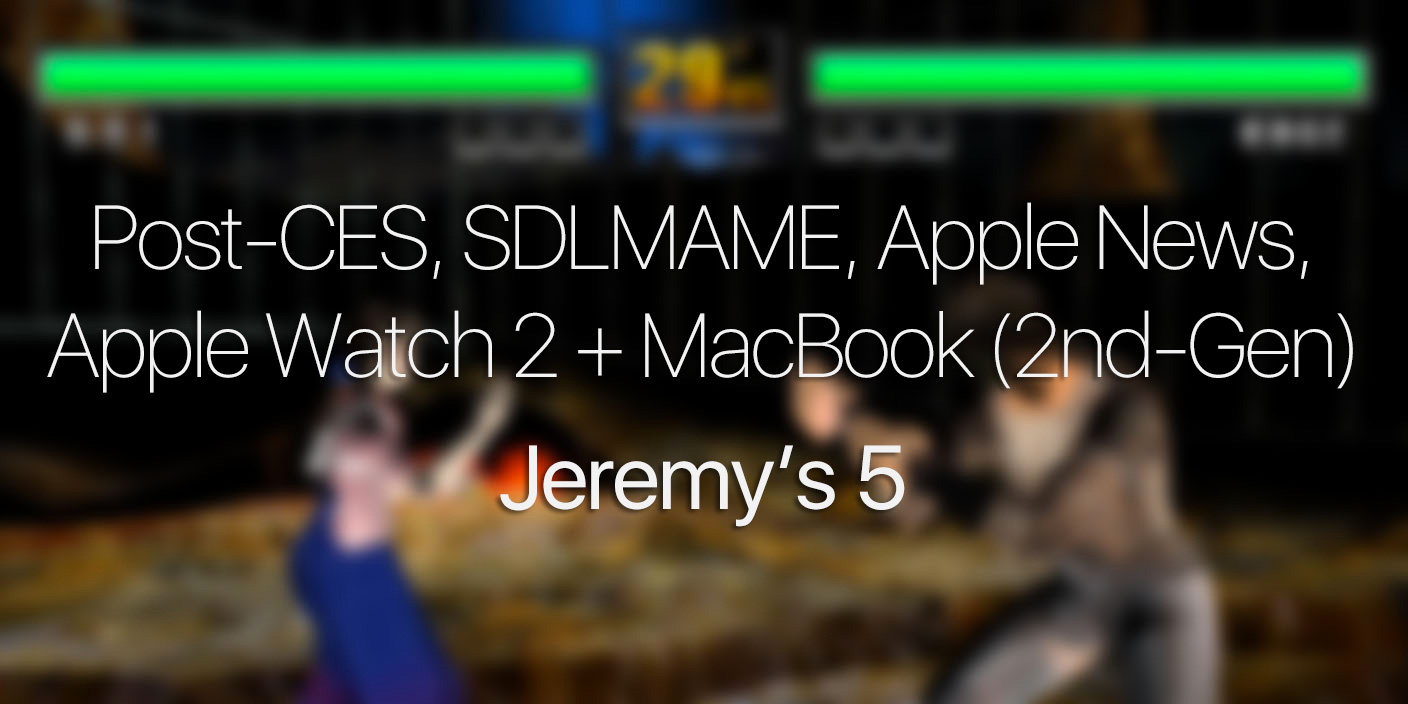 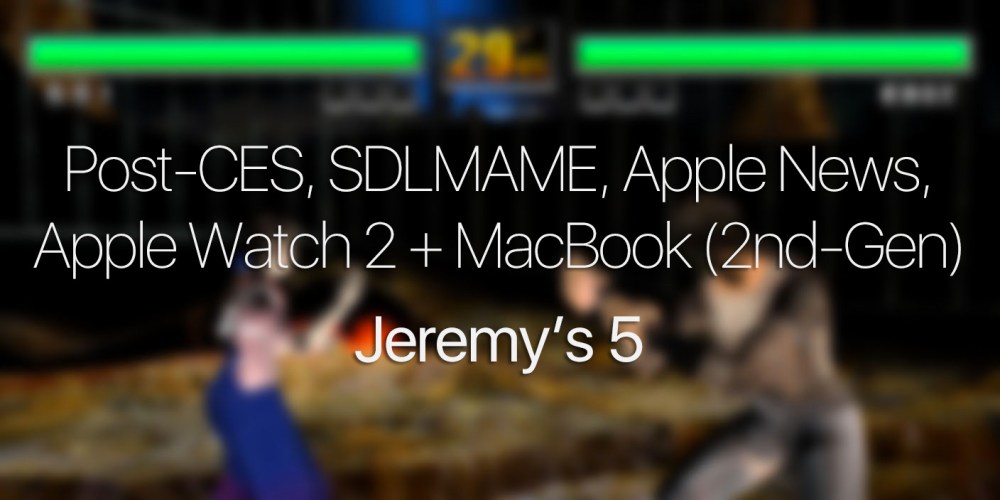 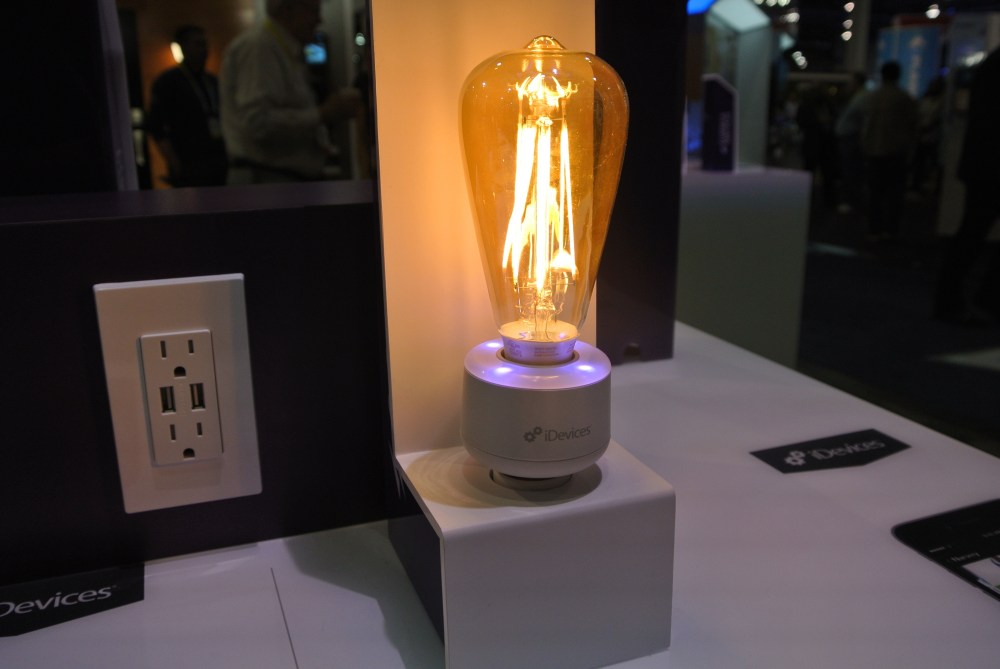 1. Post-CES Thoughts. I skipped CES this year, and from what my colleagues have said, this was a good year to miss: there were fewer Apple product announcements than I can recall in five or six years, and really nothing of note across any of Apple’s major product lines. Even iOS software initiatives were modestly represented — there were a few HomeKit product launches, and only a little on CarPlay, with Apple supposedly asking Volkswagen not to demonstrate wireless CarPlay functionality for some reason.

Unlike prior years, where developers were tripping over themselves to show accessories for new (and sometimes even unreleased) devices, I struggled to find anything really compelling for the iPad Pro or Apple Watch, though there were a lot of announcements of USB-C accessories that work with the 12″ MacBook. It saddens me to see Apple’s influence (even from a distance) fading at CES, but as I mentioned last week, this isn’t surprising; unless Apple comes in and curates part of the show, it’s going to be a large, needlessly wasted opportunity for both Apple and its developers. 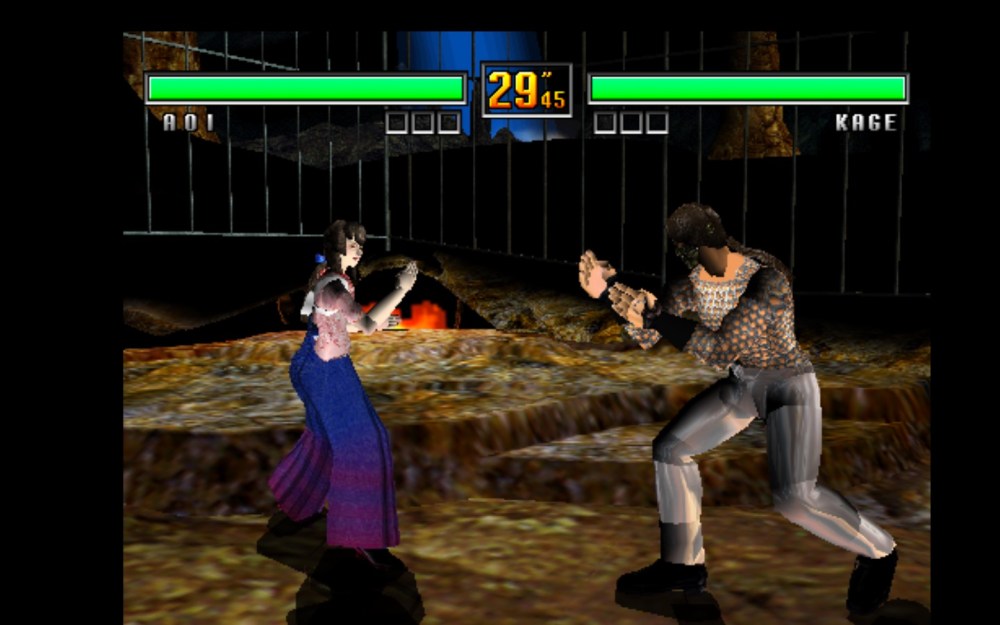 2. SDLMAME and OpenEMU. A couple of weeks ago, I wrote about OpenEMU 2.0, a free multi-console game emulator that’s really easy for Mac users to enjoy. If you’re a fan of classic arcade games, and you haven’t seen it recently/already, it’s time to check out SDLMAME, which supports an absolutely incredible collection of classic arcade machines. With a powerful enough Mac, SDLMAME is actually capable of running Sega Model 3 arcade games such as Virtua Fighter 3 — once considered to be so cutting-edge that only one or two companies could program for it — which is pretty incredible to see on a MacBook screen. Check it out for yourself and see what your Mac is capable of emulating. 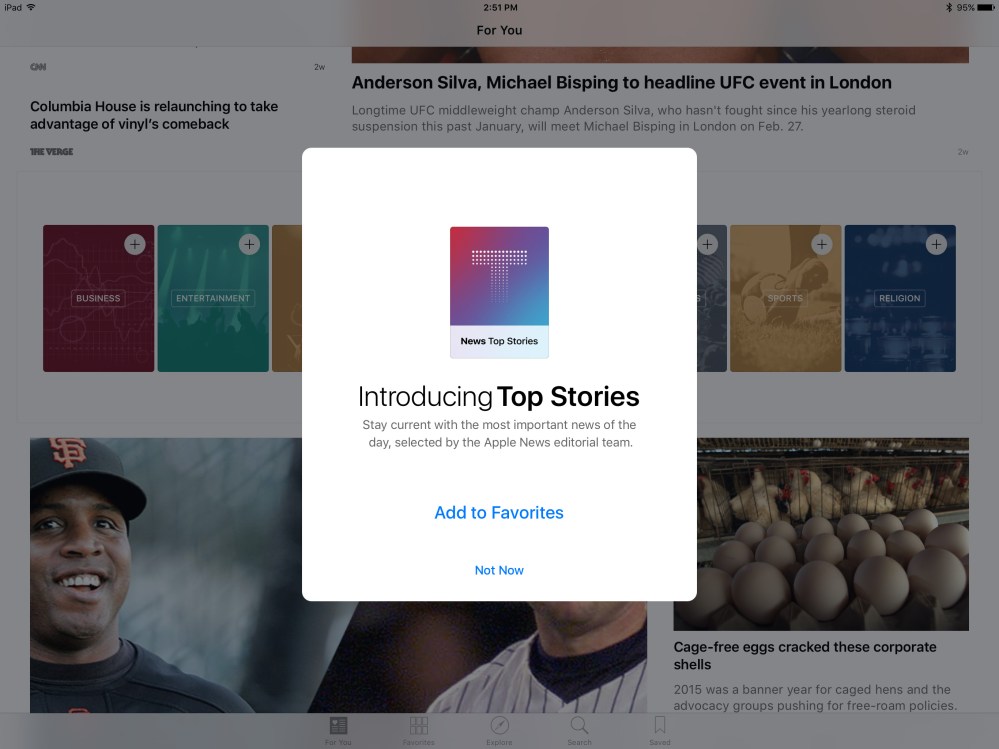 3. Apple News: Does Anyone Really Care? Apple admitted yesterday that it has been miscounting the number of Apple News users — previously pegged at 40 million — although it has suggested that it may have been undercounting users. I don’t have access to the raw numbers, but I personally don’t know anyone who uses the News app, and as a content creator, I’m not sure that it’s worth my time to reformat anything specifically for Apple News. Granted, I’m a long-time RSS reader user (Reeder for Mac, Reeder for iOS), but nothing about the Apple News experience has been great enough to convert me.

If you’re using or no longer using Apple News, share your opinions. I’d like to know what you think. Is it worth 9to5’s time to create content for News, or should we just skip it? 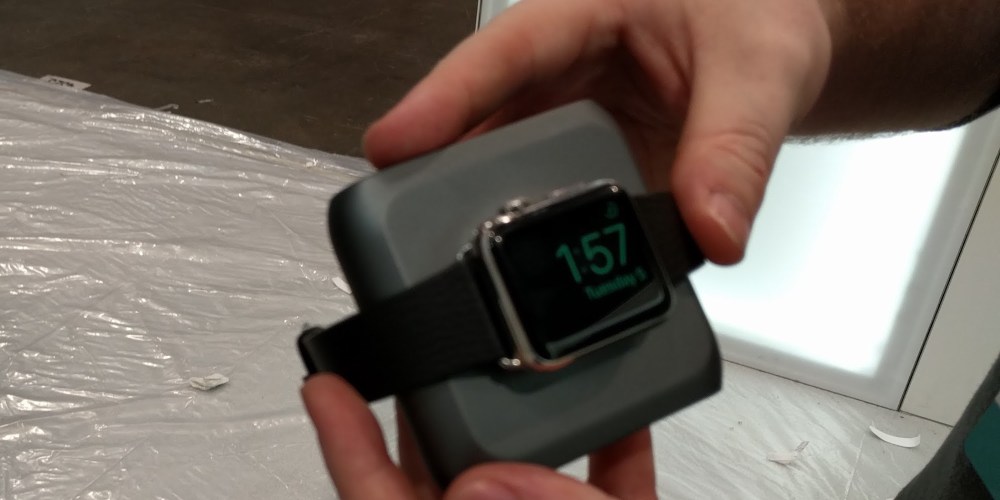 4. Apple Watch 2: Your Views, And Mine. I was dragged into Apple Watch ownership last year kicking and screaming — it was the first major Apple product in years that I wouldn’t have even considered buying if it wasn’t for my job. Yet I’ve worn it literally every day since I got it, which a lot of Apple Watch owners can’t say. As I’ve said in prior articles, the happiness turning point for me was adding the awesome Milanese Loop, which makes it super-easy to put on in the morning, and the worst part was spending months on the buggy, battery-killing watchOS 2 beta.

The fact that I wear the Apple Watch daily doesn’t mean I’m fully (or even substantially) happy with it. It does little more for me than tell the time, let me know when my phone’s ringing, and occasionally alert me to a notification I might have missed; I actively dislike the selection of watch faces, don’t make or receive calls on it, and find most of the notifications uselessly non-actionable. My favorite (but far less used) feature is Apple Pay, which works exactly like it should, and saves me fishing for my wallet or iPhone. Because they’re so slow, I actively dislike using Maps and third-party apps on it, both of which should have been signature features of the device.

We’ve done reader polls to ask what features people most want from a next-gen Apple Watch, and the top picks are “new health sensors” and “improved Wi-Fi” to free it from iPhone dependence. While I’d love those things, I’m convinced that the Apple Watch 2 really needs to get better at the tasks the Apple Watch was supposed to handle: running apps (quickly), acting as a useful communications device, and serving as a timepiece for longer between recharges. That said, I don’t know that “doing the things promised in 2015” is enough to sell the Apple Watch 2 to people who held out last year. 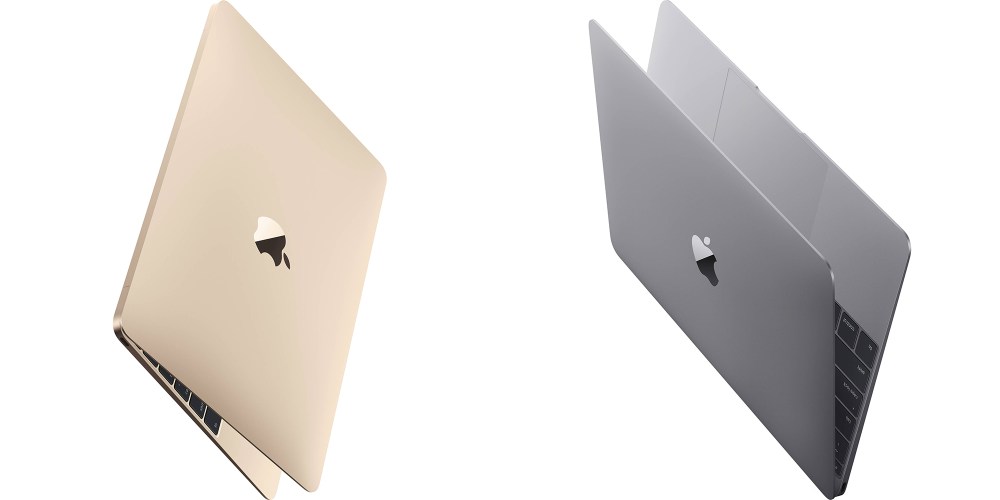 5. 12″ MacBook, Mark II. From my standpoint, Apple’s single most intriguing upcoming product for 2016 isn’t from a “new category,” but rather what I’d describe as a “finished” version of the 12″ Retina MacBook it released last year. As much as I wanted a super-slim laptop with a Retina screen, I felt like the MacBook was rushed out last year: the ultra-slow processors, single USB-C port, and weirdly limited availability all suggested that the machine was hurried through development to plant Apple’s flag in the soil, with plans to fix the issues in a second-gen model. So although I was very excited by the concept of the MacBook, the execution made me wait.

What am I waiting on? A few things. At least one more port — USB-C would be fine — is mandatory to me. Faster processors at more reasonable prices are similarly key; there’s no way I’m paying $1,300 for a 1.1GHz machine. Better battery life would be great (Apple’s “9-hour” claim is off by a factor of 2), as would be an improved FaceTime camera, but they’re not priorities for me in the same way as the processor, port, and pricing improvements are. If Apple gets those things right, it gets my money, but if not, I’m holding off for another year.

Just curious: what would push you over the edge to buy the new MacBook?