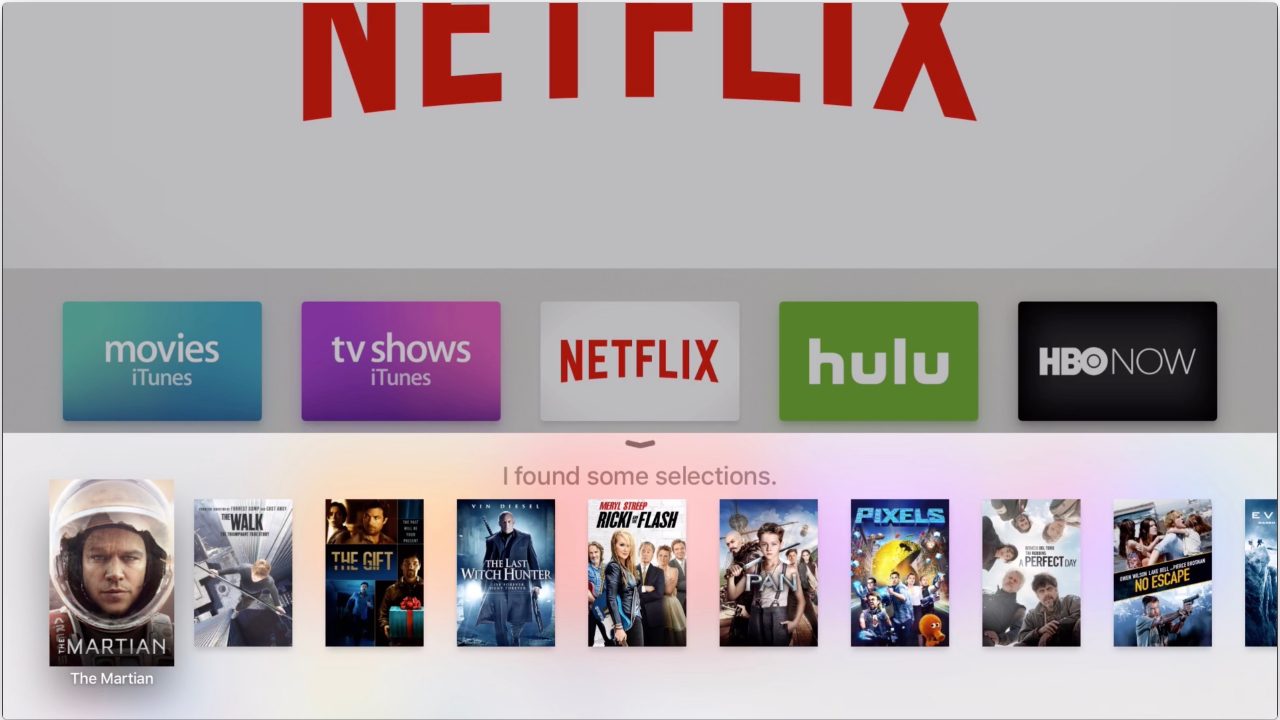 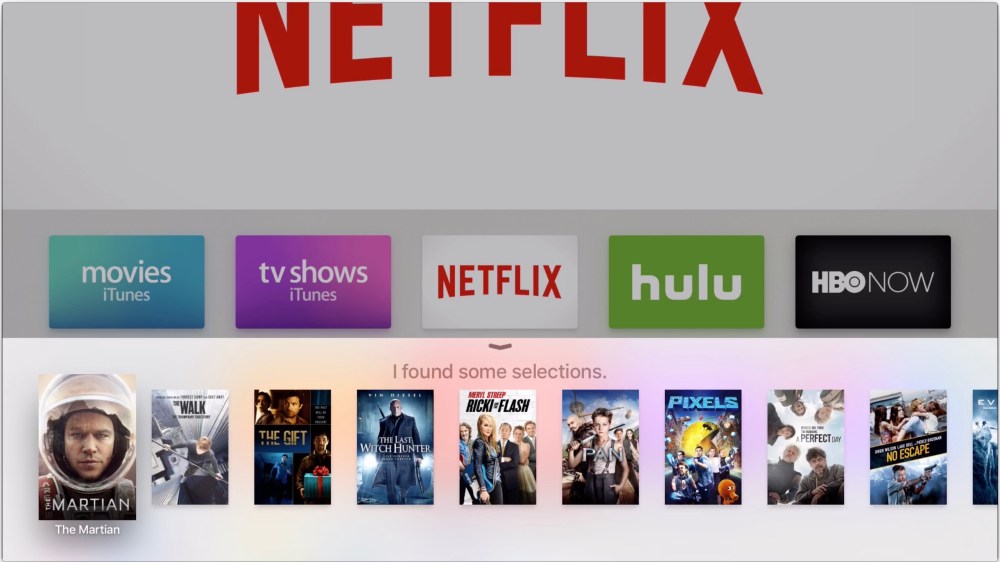 Recent software updates have really turned me on to the new Apple TV by adding features previously available on the last generation set-top box. The new Apple TV has redesigned apps and a whole App Store for finding new channels and games, a new Siri Remote with voice search that pulls in content from a handful of services, and there’s the full Apple Music experience too. The tvOS 9.1 update added Siri search for Apple Music ahead of schedule and brought support for Apple’s Remote app on iPhones, iPads, and Apple Watches. The upcoming tvOS 9.2 update goes even further by bringing over an updated Podcasts app and adding app folders and a refreshed app switcher user interface. But there’s still just one more piece of low-hanging fruit left for the Apple TV to grab …

Siri Remote’s ability to click and hold the microphone button from anywhere on Apple TV and ask a question or give a command like “How’s the weather this weekend?” or “Show me the Minions movie” sets it apart from older Apple TV boxes and makes it more modern like Android TV and Amazon Fire TV boxes. In the United States, Siri can search Movies and TV shows in iTunes, HBO GO, HBO NOW, Hulu, Netflix, PBS, PBS Kids, SHOWTIME, and SHOWTIME Anytime. More providers are being added over time, but obvious partners missing include YouTube and all the major broadcast channels like ABC, CBS, and NBC which have nice selections of current and past TV shows and other content.

When you land on a channel without support for Siri Remote’s voice search, the natural behavior when facing a search field on your TV with a microphone button under your finger is to click and speak what you’d like to search, but iPhone-style dictation for text input just isn’t a feature. Instead, Siri Remote points to tvOS’s universal search and doesn’t recognize the context of what’s on-screen. Designing around this problem would be difficult, no doubt, but I’d propose one of two solutions. 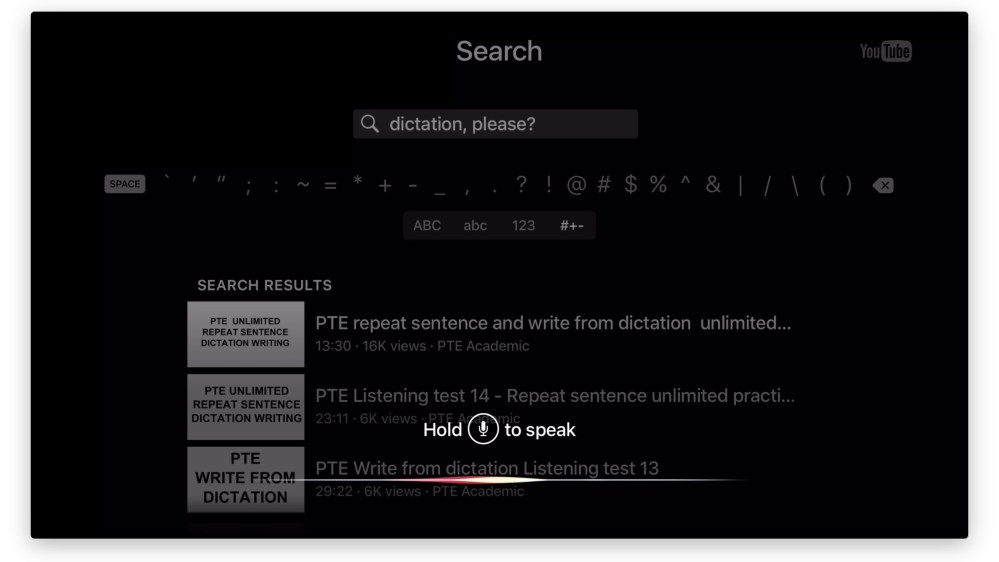 Either recognize a search field in apps other than Apple’s universal search app and let the microphone button default to voice dictation for text input when a keyboard is displayed rather than Sir’s system wide search for the handful of partners, or map voice dictation for text input to a new gesture like double-click the microphone button rather than pressing and holding it to access this same mode.

Neither of these solutions are totally elegant and present their own issues, but either one solves a problem that regularly slows me down when looking for specific content to play. The current workaround to access voice dictation for text input in search fields on any app is to use the Remote app on iPhone or iPad. Because iOS lets you tap the same microphone icon found on the Siri Remote to access voice-to-text input, you can technically search any app using your voice and your iOS device already, just not with your Siri Remote.

Perhaps when Apple’s revamped Remote app adopts features currently available on the Siri Remote hardware later this year it’ll be possible to use the Remote app even more and save the Siri Remote as a backup input device. As it stands now, the Remote app on iOS and watchOS is more limited and often leads to having UI elements like progress bars and closed caption toggles stuck on-screen, although it’s a much appreciated app to my family.

What do you think? Does the new Apple TV have any obvious low-hanging fruit features that you hope to see added, or does Bluetooth keyboard support and the Remote app plus Siri Remote totally satisfy you? Let us know in the comments. And in the meantime, checkout what’s coming soon in tvOS 9.2 with our hands-on video:

I’d still like to see a dedicated Apple TV app on iOS similar to the iPhone’s Apple Watch companion app, and shaving $20-50 off the price would make the new Apple TV easier to recommend, but dictation in search fields for all apps would be a relatively simple improvement in my view.

[Update: 9to5Mac reader Jack Kendall shared his own mockup of this feature via Dribbble; check it out below.]