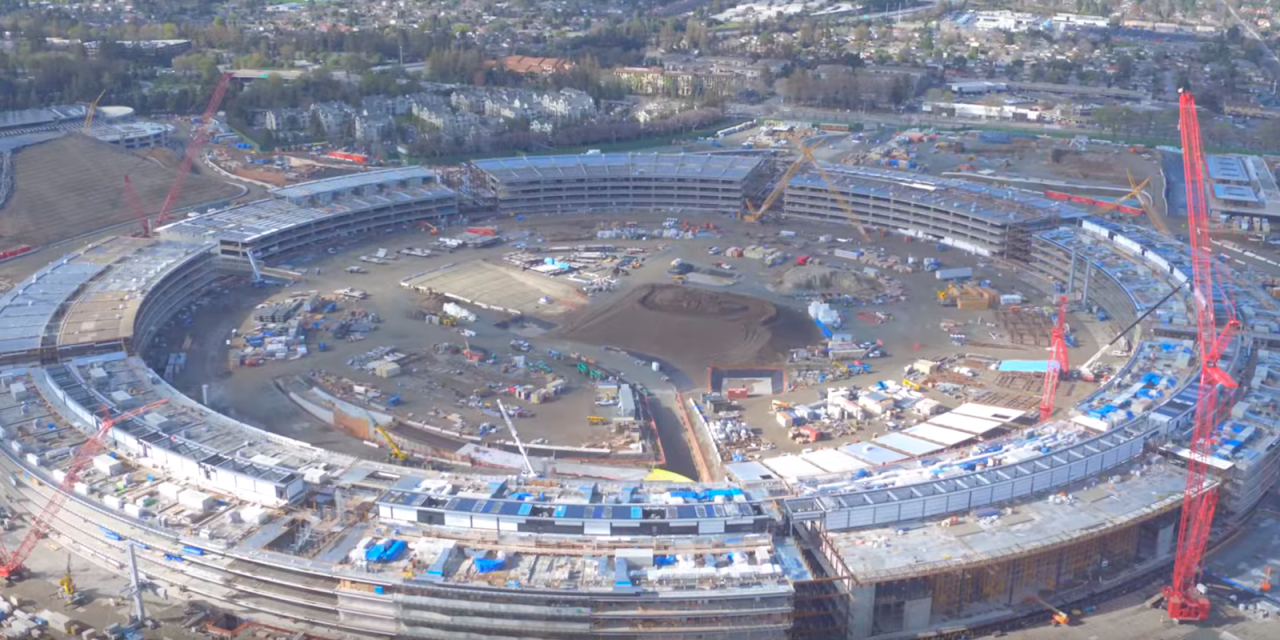 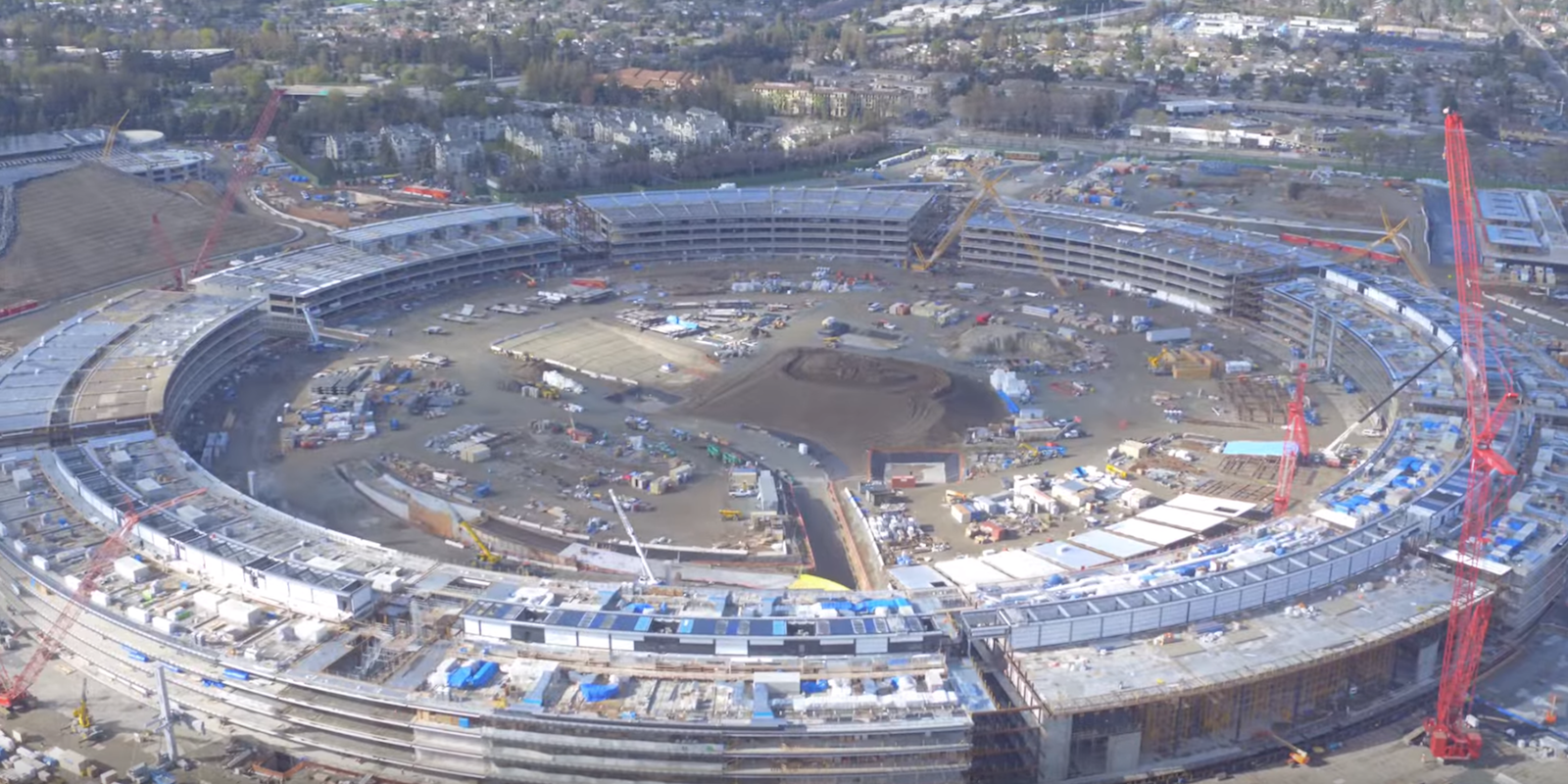 Apple’s under construction Campus 2 building in Cupertino is rapidly taking shape as this latest flyover video from Duncan Sinfield shows.

The video gets us as close to the site as we’ve seen yet with the video showing a ton of progress made on the main circular building that will house a large portion of the total 13,000 or so employees the campus will hold.

Evidence that Apple is nearing completion on at least the exterior of the main building can be seen at around 45 seconds in the video where Sinfield notes you can see the roof being lifted in place, and we also get our best shot yet at the large glass panels Apple has been installing on the main building as of a few months back. 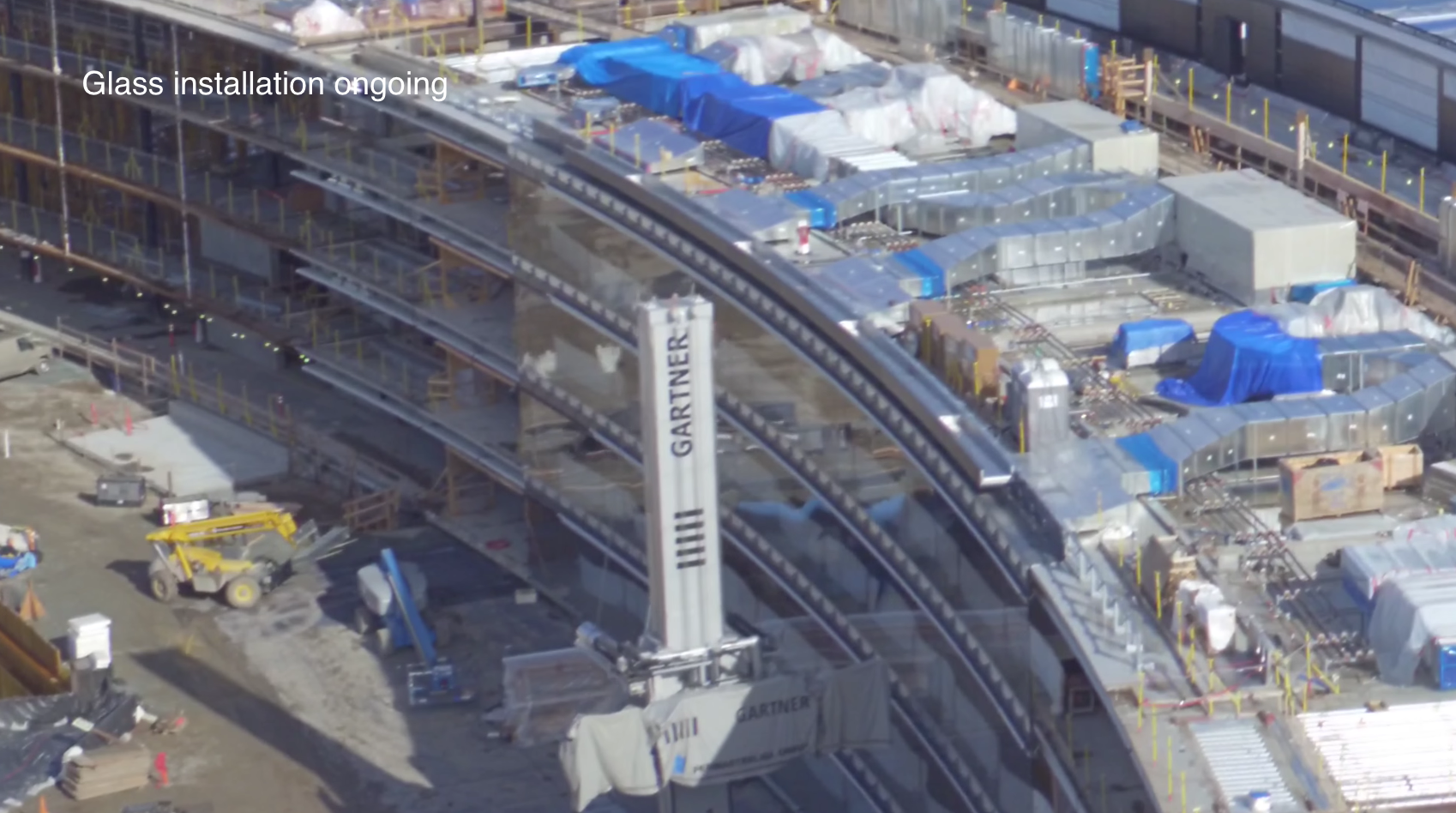 In addition, the flyover also gives us a tour of progress on the surrounding campus including the parking structure, auditorium and other buildings now nearing completion. As noted in the full video below, Apple can be seen putting the finishing touches on the entrance to its large underground auditorium located on-site but away from the main building. We previously got an up-close look at inside the auditorium before Apple recently put the roof on, as can be seen in the video below.

We’ve been keeping track of the project since before Apple broke ground at the site, and we’ve compiled a timeline of the progress that we’re continually updating with the latest drone flyovers, official shots from the City of Cupertino and Apple, and news surrounding the project.

The company plans to start moving in sometime after completion currently scheduled for the end of the year.

Head below for the full flyover video: