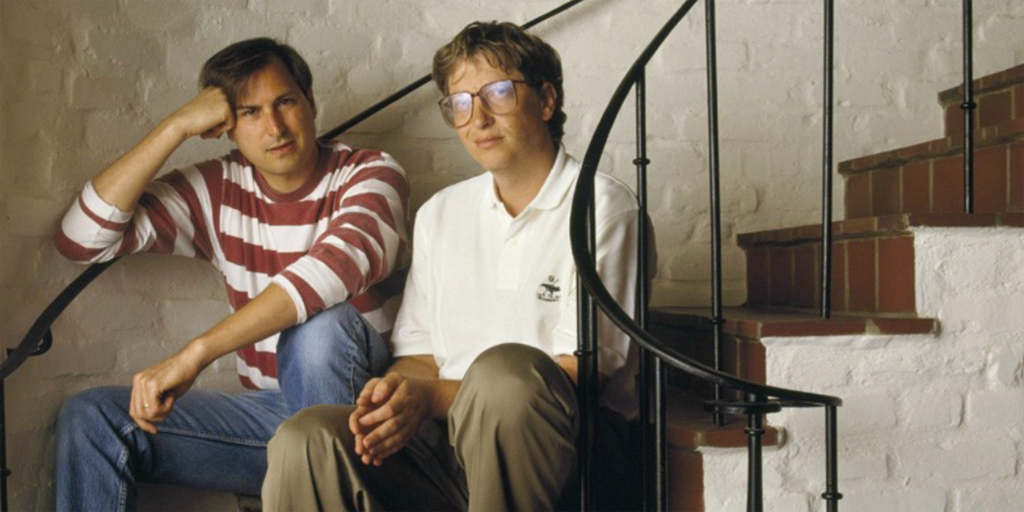 On a BBC radio show where interviewees are asked to choose eight music tracks with special significance to them, Bill Gates yesterday selected the Beatles song “Two of us” as one of them, saying that it summed up his relationship with Steve Jobs. In the Radio 4 show Desert Island Discs, Gates said the two of them had a varied relationship.

Steve really is a singular person in the history of personal computing in terms of what he built at Apple. For some periods, we were completely allies working together – I wrote software for the original Apple II. Sometimes he would be very tough on you, sometimes he’d be very encouraging. He got really great work out of people.

“In the early years, the intensity had always been about the project, and so then [when] Steve got sick, it was far more mellow in terms of talking about our lives and our kids. Steve was an incredible genius, and I was more of an engineer than he was. But anyway, it was fun. It was more of a friendship that was reflective, although tragically then he couldn’t overcome the cancer and died.

In the wide-ranging interview, Gates also talks about his childhood, girls, cars, holidays, ruthlessness, charity and his wife Melinda.