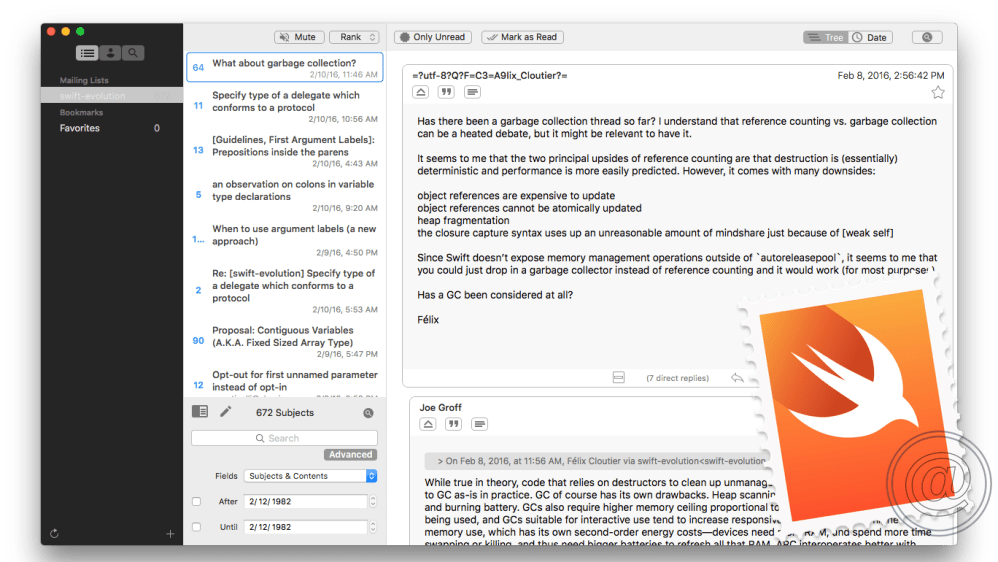 If you’ve been following any of the Swift mailing lists and have begun to feel overwhelmed with the amount of conversations passing through, take a look at Benedikt Terhechte’s new beta app Hirundo. The app focuses on creating a comfortable reading experience for the multitude of mailing lists out there and allows users to easily find, bookmark, and mute messages they desire.

Since Swift was open-sourced a few months back, the Swift team has been taking active measures to open and drive the conversation in the direction as to where the programming language will go. They’ve placed the entire source code on GitHub, created multiple mailing lists to keep track of discussions, created a Swift bug tracking system using JIRA, and recently open-sourced Swift’s benchmarking suite.

While GitHub and JIRA both have their own platforms on which users can easily manage and track conversations, a mailing list proves to be a bit more difficult to sift through. There are multiple different mailing lists to which a developer could subscribe. Everything from general questions on Swift to discussing the evolution of Swift’s features and APIs.

One of the more annoying problems the mailing lists face is that navigating through and keeping up with the conversations can become cumbersome, and new subscribers can’t easily find past archives of the mailing list from before they subscribed. Terhechte’s app hopes to solve this annoyance with Hirundo.

Delving deeper into the technical details in his announcement post, Terhechte explains the motivation for building the app and the advantages of using it versus the classic mailing list’s web archive. 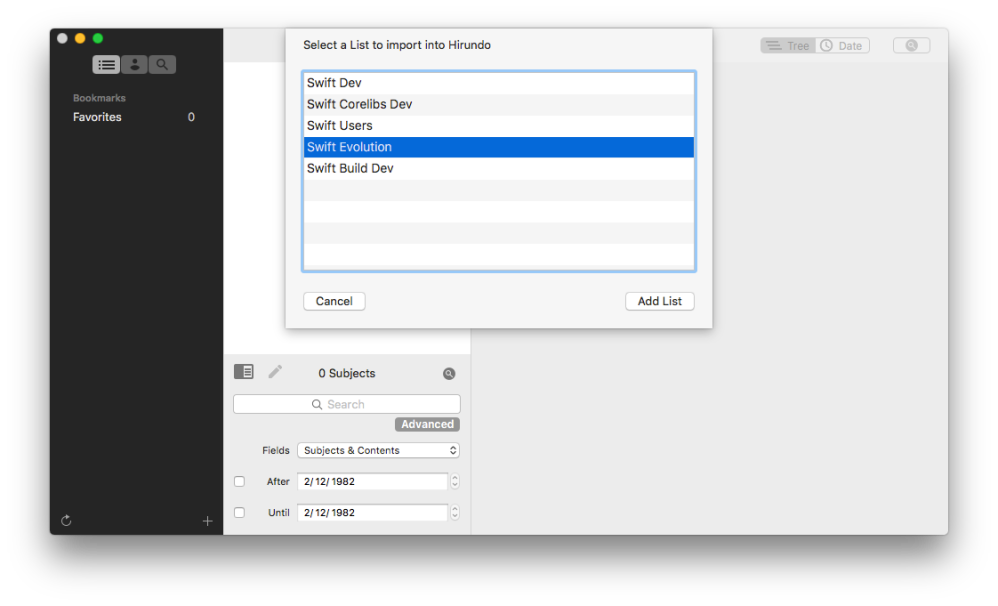 Upon initial launch of the app, you’re given the choice of which list you’d like to import first into Hirundo. In my case, I went ahead and imported the Swift Evolution mailing list as that one always presents interesting conversations around the programming language.

Once the initially selected list is imported, users are able to add further lists by selecting the ‘+’ button at the bottom left of the application’s window. 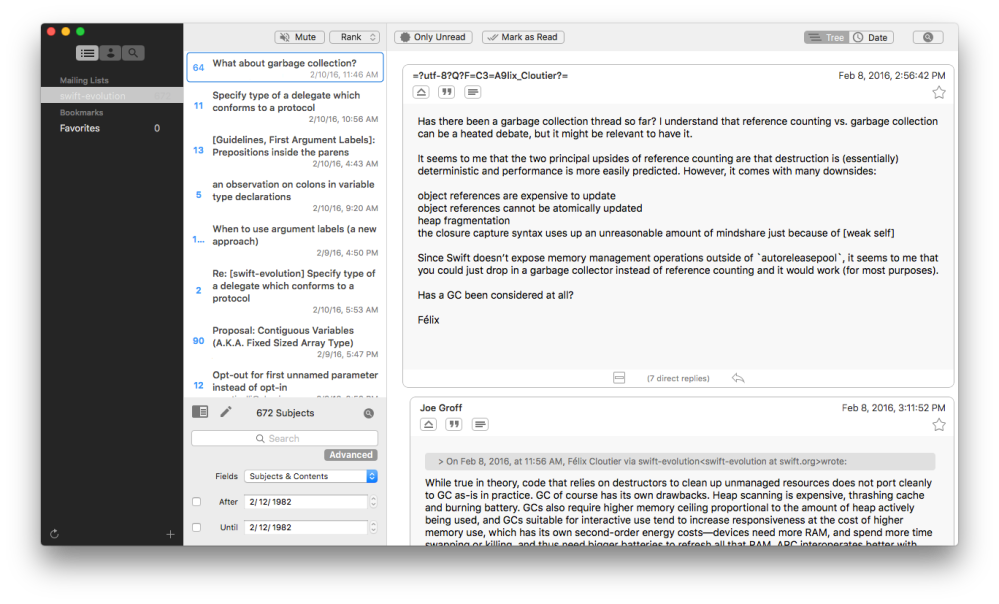 When the process of importing the archives completes, the app then goes to work organizing out the conversations in a readable format. The UI in the app presents the data in an almost mail and RSS reader hybrid design.

From this view here, users can search through the subjects and contents of the mailing list to find a particular topic they care about or want to review. Even set a timeframe limit to which they could search within.

All in all, Hirundo is a welcome addition to the growing community that is Swift development. Not only has Apple encouraged open conversation on the evolving language, but users have flocked to it and even begun to improve on the way the conversation is followed.

Hirundo is currently in beta and available for free. If you have any feedback, the developer encourages you to reach out to him @terhechte on Twitter.