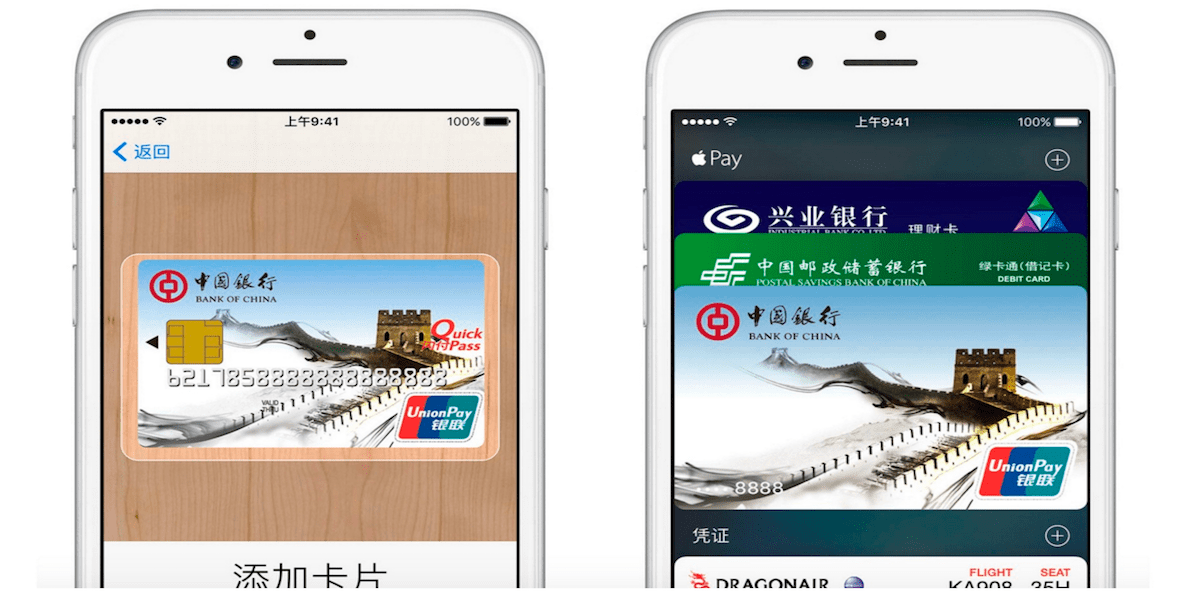 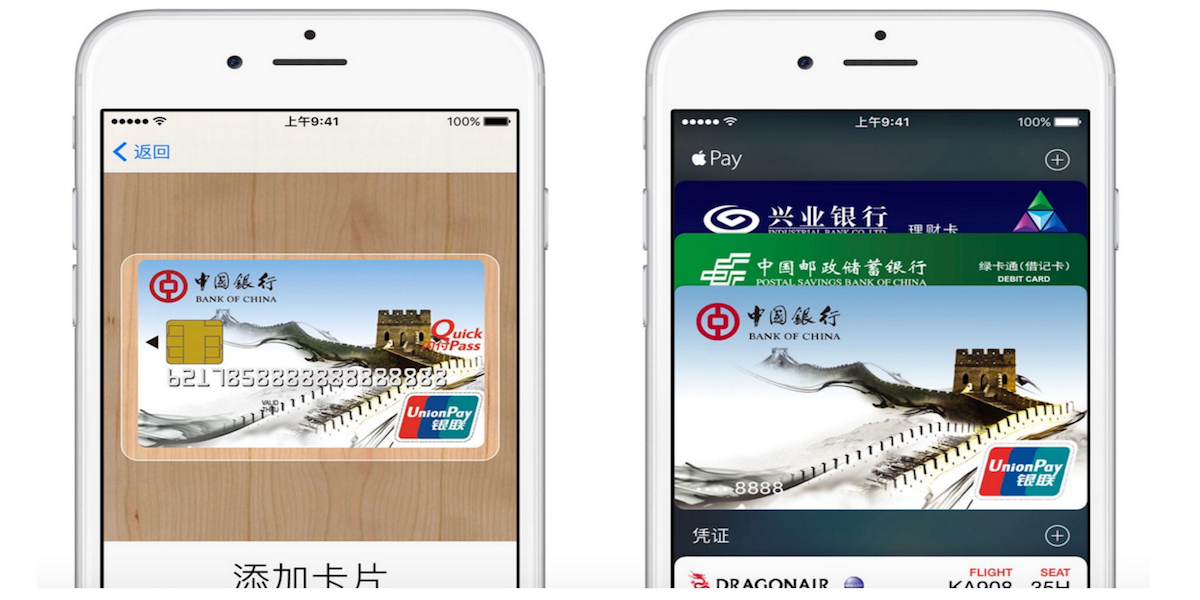 After a number of reports in recent months regarding Apple’s preparations to launch its Apple Pay payments service in China, the company today announced the service is now available to customers in the country.

The announcement comes via Apple’s news site for developers and notes that apps and goods in the country can now accept the Apple Pay payments service using supported credit and debit cards.

Apple first announced back in December of last year that it was partnering with China UnionPay to bring Apple Pay to users in China sometime in 2016. Today it announced they can now begin using the service to pay for goods and services within apps using both China UnionPay credit and debit cards:

You can now support Apple Pay for your customers in China, providing an easy, secure, and private way for them to pay using their China UnionPay credit and debit cards. Apple Pay lets users buy physical goods and services within your app without having to enter payment or contact information.

CEO Tim Cook has been vocal about growth in China including plans for Apple Pay, recently noting that he “very much” wanted to launch the platform there and that he is “very bullish” on its prospects in the country.

Yesterday we noted that the China launch was rumored for this week as Apple also reportedly eyes a launch for France this year. Today’s launch adds China to the list of supported Apple Pay countries alongside the US, the UK, Canada, and Australia.

Earlier today Apple added another 40 banks and credit unions to its list of officially supported institutions for Apple Pay in the US.