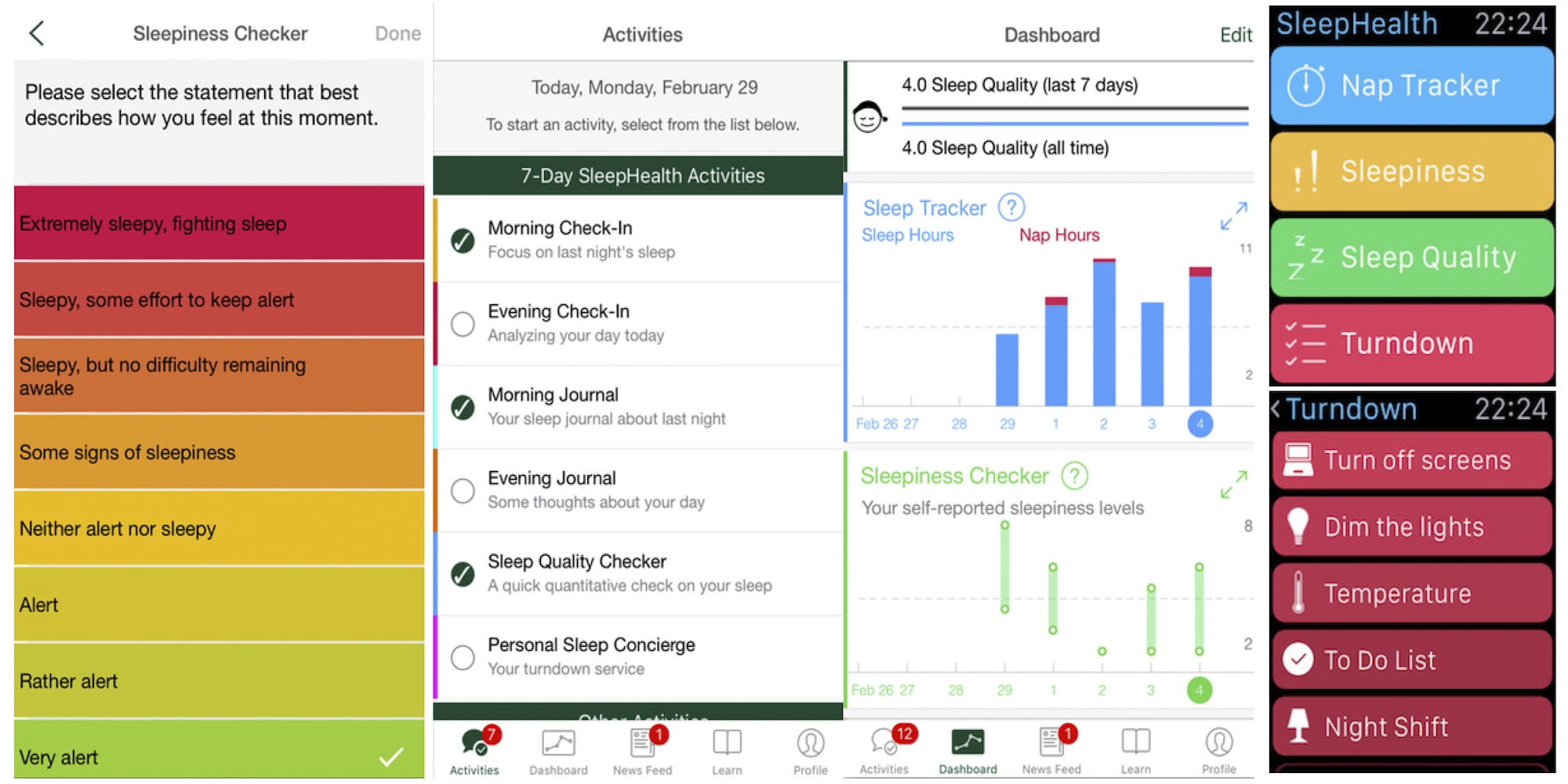 IBM today announced that it’s launching the first app that will run on its new Watson Health Cloud for ResearchKit — SleepHealth — as it also makes that platform available to researchers building their own apps that work with Apple’s ResearchKit.

The first ResearchKit app to run on Watson Health Cloud, which IBM describes as a secure back-end that uses natural language processing and machine learning to reveal insights about data, was created through a partnership with the American Sleep Apnea Association.

The app’s called SleepHealth and aims to study sleep habits of its users with the hopes that researchers can collect data valuable in finding solutions to common sleep problems. It does so by relying heavily on the Apple Watch sensors for sleep tracking, and it’s one of the first apps to use the new Night Shift feature in iOS 9.3:

The SleepHealth app makes use of many Apple Watch sensors — such as the accelerometer, which detects movements, and the gyroscope, which determines orientation in space — to measure and record movements such as shifting positions during sleep. It also uses Apple Watch’s heart rate monitor to detect sleep. Some of the app’s features, such as the Personal Sleep Concierge and the Nap Tracker, were designed specifically with Apple Watch in mind to help instill good sleep habits. With iOS 9.3, SleepHealth will be the first ResearchKit app to leverage Apple’s new Night Shift feature that reduces light exposure before sleep.

In order to find those connections, the SleepHealth app taps into Watson Health Cloud to compare data submitted through the app to Watson’s data sources including, medical literature, treatment guidelines, claims data and clinical data.

And after collecting data from users of the SleepHealth app over the coming years, the researchers say they hope to “develop personalized and public health interventions for a variety of sleep-related health issues,” including, for example, “mitigating fatigue in the workplace, detecting early symptoms of Alzheimer’s and mental health disorders”, or “helping athletes optimize training before a big event.”

In concert with researchers, physicians and patient advocates in the US, the SleepHealth study will explore the connections between sleep quality and daytime activities, alertness, productivity, general health and medical conditions. Data contributed by participants will be stored on the Watson Health Cloud, where researchers will conduct extensive analysis to uncover patterns and connections in the data… The SleepHealth study uses the open source ResearchKit framework designed by Apple to enable participants to easily complete tasks and submit surveys right from the SleepHealth app.

The SleepHealth app is available on the App Store now and IBM has more info on Watson Health for ResearchKit, which it’s making available for free to non-profit health researchers.