It’s with Luckey’s comments, and the lack of initial OS X support in mind, that I’ve decided to put together a Hackintosh machine that meets the minimum requirements outlined by Oculus, yet can still run OS X. In theory, this machine could support the Oculus Rift if the necessary software was made available for OS X. It can run the Rift now if you install a Windows partition on it…

Here are the minimum requirements as outlined by Oculus:

You can feel free to substitute other hardware in to save money. For instance, if you already have a USB 3.0 drive with at least 8GB of capacity, you can use that instead of purchasing a new USB drive. Keep in mind, however, that some items on this list were specifically selected because they meet the minimum requirements outlined for the Oculus Rift. In other words, you don’t want to stray too far, because compatibility issues can arise.

In the future, I plan on improving this build with additional RAM, better SSD, etc. Of course, I could always go with a faster graphics card as well, likely something from AMD since those cards provide noticeable performance increases for apps like Final Cut Pro X. It can be tedious, but the beauty of building your own PC is that it’s totally customizable and can be upgraded over time.

I opted for an Intel Core i5 processor, because it was relatively inexpensive and still packed a nice punch. Although quite a few in the Hackintosh community have adopted Skylake CPUs to work in their builds, I wanted something that has been tested through and through. More importantly, the Core i5-4590 meets Oculus’ recommended specs.

The folks over at Tonymacx86 recommend this board, which is good enough for me. I decided to go with mATX for expandability, but I almost wish I would have stuck with my first inclination of going Mini-ITX, since it results in a smaller footprint. That said, it’s nice to know that the video card I selected would fit with no issues, and I have lots of room for additional RAM.

Ballistix Tactical RAM is proven to work well in Hackintosh builds. I opted for 8GB, which is Oculus’ minimum requirement.

The GTX 970 meets Oculus’ minimum spec for video cards. It’s also a card that works well in Hackintosh builds. I do plan on at least trying an AMD card since those cards work so much better for Final Cut Pro X.

I didn’t need a huge amount of space for a boot drive, so I opted for the 250GB Samsung 850. It’s a proven drive that plays nice with Hackintosh rigs. If you want to spend a more for a larger drive, there are 500GB and 1TB options available as well.

Although the TP-LINK works well, it features an Atheros chipset which doesn’t work with OS X’s Continuity features. That’s not a huge deal in my eyes, but there are other options that I plan on considering sometime down the road.

This little guy is cheap, and works out of the box with my Hackintosh build. It lets me connect my Magic Mouse to my Hackintosh with ease.

I went with this power supply because it was cheap and outputs plenty of power for my rig. I cheaped out on this, but I wish I would have gone with a modular power supply that was a bit quieter. This supply works well, but there are cleaner and quieter options available that I plan on investigating in the future.

There is a ton of room inside of this case and plenty of room for multiple 2.5″ and 3.5″ drives. That being said, this case is a little larger than I expected.

I wanted a CPU cooler that would keep my processor nice and cool, and I didn’t want to opt for the stock cooler that Intel included with the Core i5. The Cooler Master Hyper 212 Evo has great ratings, and does a good job of keeping the CPU nice and chill.

The flash drive is used to house the software tools that you’ll need to get your Hackintosh going. I like these, because they include LED activity lights. Of course, if you already have USB flash drives with at least 8GB of storage, you can skip out on this.

The Thermaltake case lacks an on board case speaker, which is a necessity in my opinion. Having a speaker lets you hear beeps for POST, which helps you to troubleshoot the boot process. Since Hackintoshes usually require some granular tinkering, you should definitely add a case speaker to your repertoire if your case lacks one.

Unless your Bluetooth keyboard setup has access at the BIOS/UEFI level, chances are you’ll need a hard-wired keyboard. Amazon makes a cheap keyboard, but if you have a USB keyboard somewhere around the house, then just use that one instead.

Approximate total hardware cost (as of this post): $968. I’ve created a full wish list that allows you to see all of the products outlined above on a single page.

Keep in mind that hardware costs do fluctuate, so it’s entirely possible that the price may be a little bit higher or a little bit lower. Generally speaking, the price should lessen as time goes on.

My main motivation behind this build was to create a workable Mac that featured internal components capable of driving an Oculus Rift. While it’s true that Oculus isn’t planning on supporting the Mac at this time, the point is that there are “Macs” that feature the hardware required to drive the Rift, they just aren’t Macs in the traditional sense. 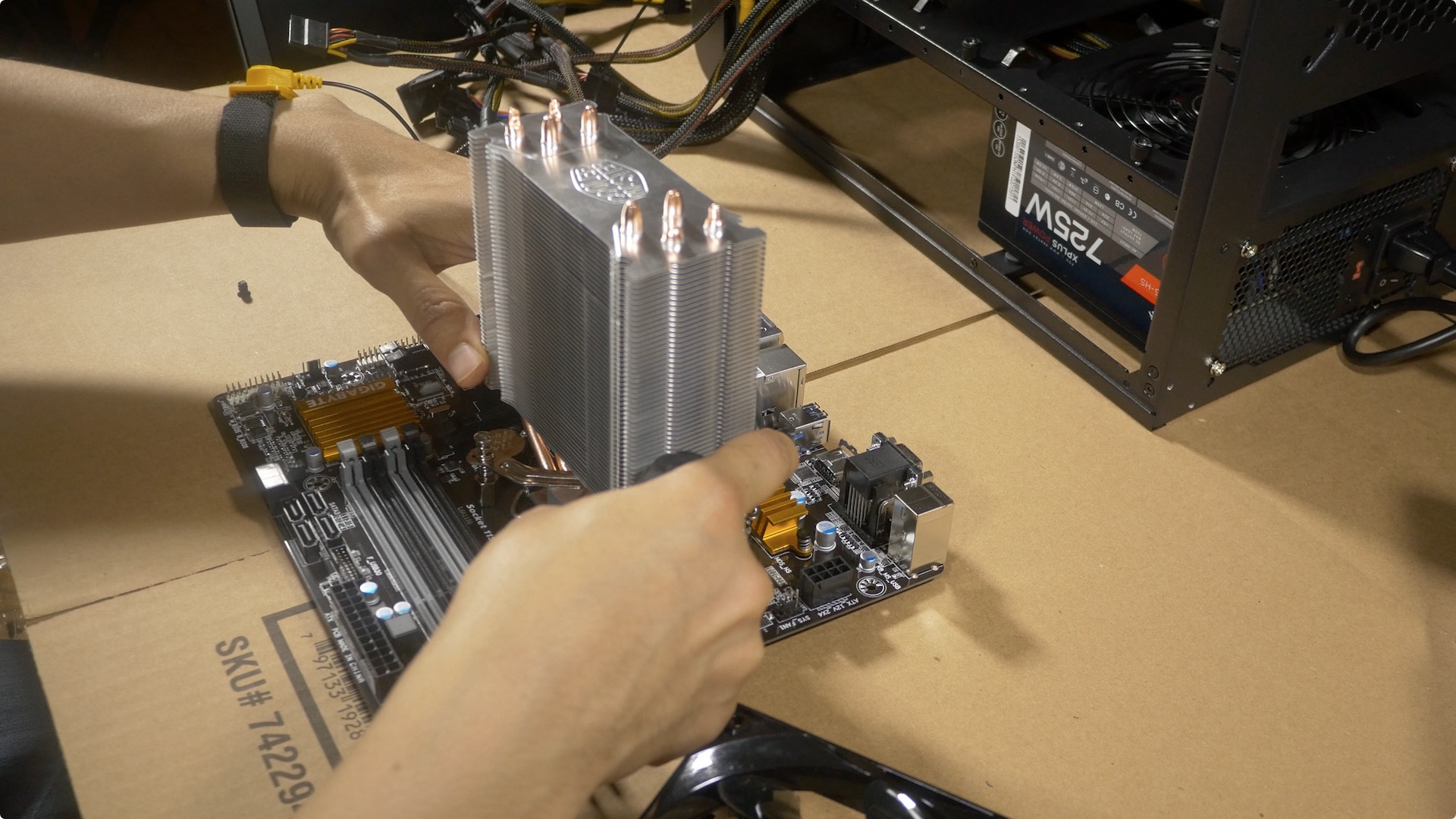 We’re publishing this now, ahead of the build post, so that you can buy the parts needed for building your own and have them ship in time for the next video.

In the next post in this series, I’ll walk you through the software install of this Hackintosh build, including any issues or errors that I encountered during the process. As it stands now, I’m fairly happy with this build. It takes patience, but building your very own Hackintosh is a doable feat.

Keep in mind that you can also dual boot Windows, which makes for a more than capable gaming rig that can outright drive the Oculus Rift with no issues. Stay tuned for more posts in this series, including a software how to, and additional exploration into the exciting world of Hackintosh.