Opinion: This is what the 4-inch iPhone SE needs (and doesn’t need) for me to downsize 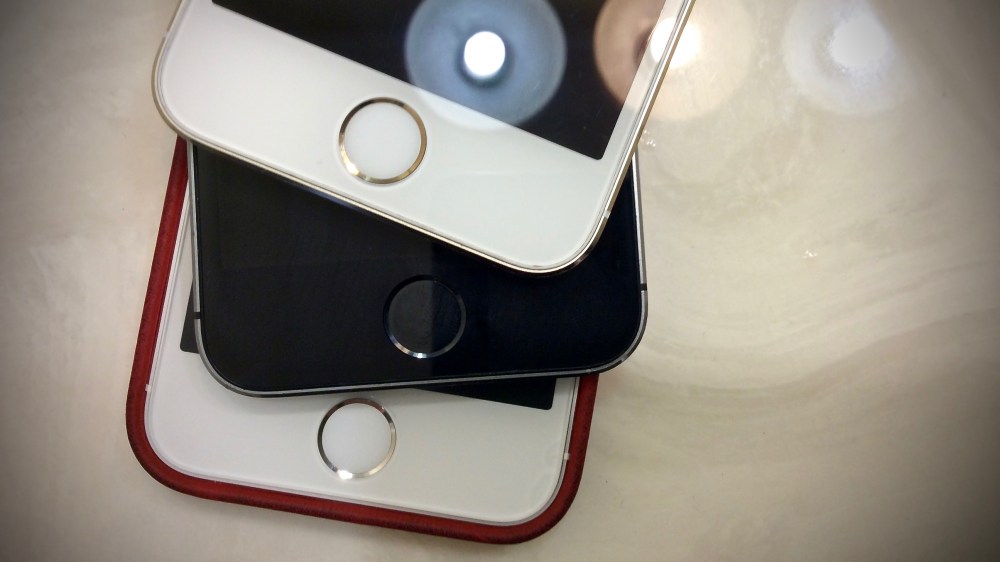 Apple’s March 21st event is just five days away and we have a comprehensive rundown on what to expect including details on the new 4-inch iPhone SE. As I’ve previously written about and discussed on 9to5Mac’s Happy Hour podcast, rumors of a smaller iPhone with modern specs sound mighty compelling to me for multiple reasons.

I’ll preface this by saying that I can’t see a situation where I stick with the iPhone SE beyond September when the real successor to the iPhone 6s debuts. My interest in the iPhone SE for now starts with my general dissatisfaction with the size of the iPhone 6s Plus. It’s a nice phone, but it’s just a bit too big for me to use one-handed without balancing it awkwardly and often uncomfortably.

I concede that Samsung may be better at large-screened phones for now until Apple reduces the chin on its Plus models. Simple tasks like swiping back when holding the iPhone in my right hand and changing between alphabetical and emoji keyboards or hitting send on messages is still tricky for me one-handed. The 4-inch phone I’m sure I’ll find is a bit too limiting just as the 5.5-inch phone is uncomfortable, so my expectation is that the 4.7-inch phone is the sweet spot.

So here’s the plan: use an upgrade available on my family account and pick up the SE, let a family member use the 6s Plus for now, go full time on the SE until the fall when it’s time to trade in the 6s Plus, then I’ll likely go 4.7-inch iPhone 7 and pass down the SE to family. (I’ve given this a lot of thought, can you tell?)

With that being said, I could very well do the same thing now but replace the iPhone SE in that scenario with the 4.7-inch iPhone 6s … the appeal of the SE, though, is that it will technically be a newer phone and have the added benefit of letting me experience a modern 4-inch iPhone.

So here’s my line in the sand: 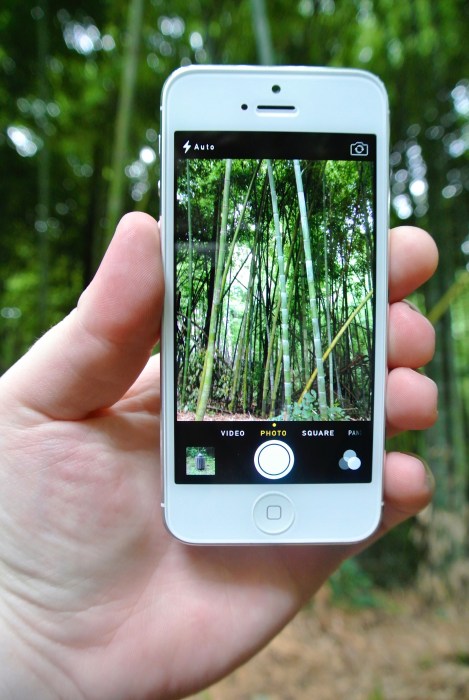 Live Photos — This is what got me in this situation in the first place. I really love Live Photos. Whether it’s a snapshot of my kid posing for a photo, a selfie with my grandma, or a sunset at the French Quarter in New Orleans, I seriously treasure being able to look back at my favorite photos and experiencing the sound and motion just before and after the shot. 100% must have this, and luckily our reporting says to expect it.

Apple Pay — This wouldn’t be a deal breaker as even the iPhone 5/5c/5s without Apple Pay can pair with Apple Watch which has Apple Pay, but I actually prefer using Apple Pay with the iPhone as it feels just a tad less awkward for me. No Apple Pay would also mean losing out on in-app Apple Pay, which is required for Exxon Mobil’s paying-for-gas setup. 80% in terms of importance, and Apple Pay is one of the flagship features planned for this upgrade.

12 MP camera — As an iPhone 6s Plus owner, I’m using the best camera (which is important to me) that Apple sells, so it would be hard to justify downgrading to an inferior camera. The iPhone 6 camera was great (I actually like all of my iPhone shots since the iPhone 4) but I’m sure my iPhone 6s shots are better … I could live with an 8MP camera again, considering it’d only be for a few months, but it would be a buzzkill no less. (The front-facing camera isn’t expected to be 5MP like the 6s, but instead 1.2MP which is disappointing.) 50% importance to me, and likely to happen.

A9 processor — Processing power year-over-year is similar to camera quality; I probably couldn’t tell you which iPhone has an A8 and which has an A9 in a blind test. But in theory, there are gains to be had when using the newer processor, which I already own, so an A8-equipped iPhone SE wouldn’t be appealing. 30% importance to me, and our reporting says expect it. 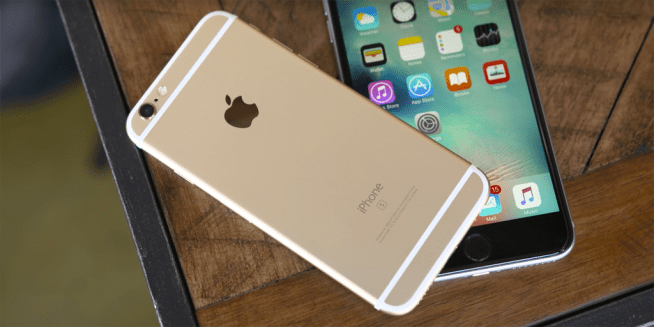 Visual differences — OK, I’m really not going to be picky here about what qualifies. The difference between the AT&T and Verizon iPhone 4 was a slight antenna design change, and that level of difference would satisfy me. We’re expecting the iPhone SE to look nearly identical to the iPhone 5s, save for slightly curved edges versus the scratch-prone shiny chamfered edges. Sounds cool to me. I’m sure most people will throw a case around that, though, and you won’t notice, but I never used a case before the slippery iPhone 6. Another thought: I’d expect the iPhone SE to replace the FCC markings on the back with an SE logo just like the iPhone 6s did with the S logo. 10% importance to me, and our reporting says expect slightly tweaked edges with a nearly identical design to the 5s.

3D Touch — Believe it or not, 3D Touch is on my list of things that the iPhone SE doesn’t need to have my interest. I use 3D Touch every day on my iPhone 6s Plus, mainly on Home screen icons to jump into parts of apps, but I don’t really miss it on my iPad and I wouldn’t consider it a huge loss if the iPhone SE didn’t offer it. 0% importance to me, and based on our reporting, that’s a good thing as the iPhone SE will be limited to two-dimensional interactions.

Storage — I’ll be considering storage when Apple details the iPhone SE on Monday. My iPhone 6s Plus is 128GB, but I could easily get by with 64GB (or even 32GB) thanks to Apple Music streaming and iCloud Photo Library. 16GB is still pretty hard to live with even with those two services. We’re expecting 16GB and 64GB options at around $450 and $500, replacing the iPhone 5s at 16GB and 32GB tiers (although $550 for 64GB wouldn’t surprise me). $500 for 64GB puts the iPhone SE at $250 less than the $750 64GB iPhone 6s, and $150 less than the $650 64GB iPhone 6. (When you divide the price over 12/18/24 month plans, the difference starts to disappear, which makes choosing higher storage capacities easier but makes picking iPhone SE over iPhone 6s harder to justify.) 100% important that 16GB isn’t the only option, but that’s not something we’re expecting. 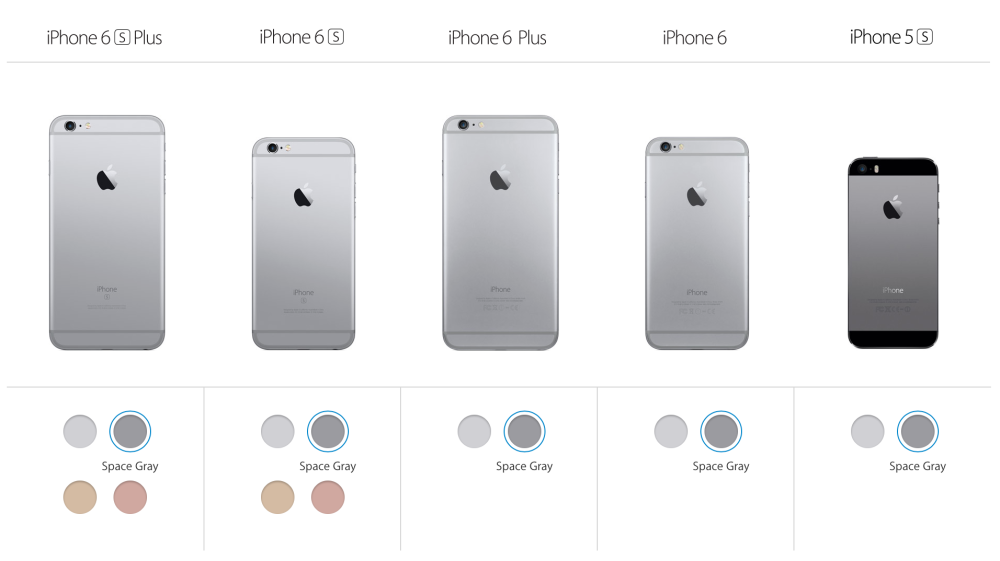 Color — Finally, I’m curious which of the dozen shades of space gray we’ll see used for the iPhone SE. Look here to see how the iPhone 5s is darker than the iPhone 6. Same is true for iPads, the MacBook, and iPods. Color isn’t a huge factor for me when considering the iPhone SE, although I’d love to see the return of Slate, if only for the SE, but I think we’re at a 0% chance of that happening. Instead, we’re expecting the usual suspects: black/space gray, white/silver, white/gold, and a new addition to the 4-inch lineup, white/rose gold.

So there you have it, my line in the sand. As I mentioned a couple of months back, Live Photos are a must for me and I’d greatly prefer an iPhone 6s-class camera, but an iPhone 6-class camera would suffice while 3D Touch isn’t high on my list of requirements for considering downsizing from the iPhone 6s Plus to the iPhone SE.

Rare as the situation may be, I’m eager to jump from the 5.5-inch iPhone to a possibly inferior 4-inch iPhone for the next several months, and I’m sure anyone still using an iPhone 5s or earlier model with no interest in a larger phone is even more excited. Stay tuned for Apple’s even on Monday, March 21st, at 10 am PT/1 pm ET, which we’ll be covering in depth, and let me know your thoughts about what the iPhone SE would need to have for you to consider it as well.