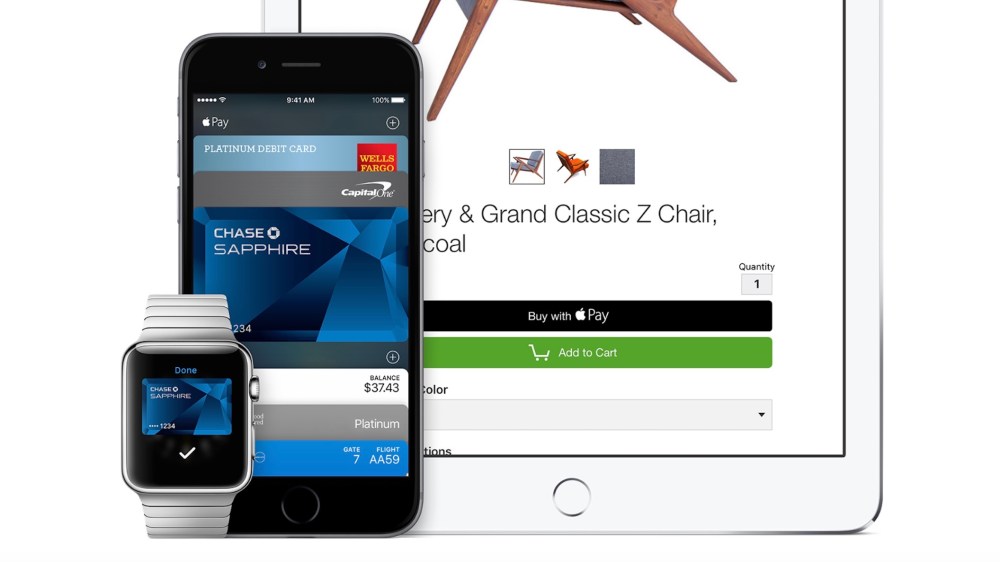 According to a new report from Re/code, Apple is set to expand its Apple Pay mobile payments solution to the web before this coming holiday shopping season. According to the report, Apple has been telling potential partners that with this expansion, users will be able to use Apple Pay instead of entering their card information on the retailer websites.

While specific details are vague, Apple is said to be planning to add this feature to iOS devices that have a Touch ID sensor, although it’s also considering bringing it to the Mac as well. Apple is reportedly skeptical to bring the capability to the Mac, however. This does perhaps give Apple yet another reason to add Touch ID support to at least its laptop lineup, something that has been both suggested and rumored a few times in the past.

Essentially, Apple Pay on websites would work similar to that of PayPal. For instance, many online retailers have a “Pay with PayPal” option on their sites that allows customers to use payment information stored in their PayPal account to checkout, meaning they don’t have to reenter their card information for each individual website.

That’s also how Apple is pitching its service to retailers. Apple is arguing that supporting Apple Pay would lead to a higher rate of checkout competition, as users would be able to simply use their fingerprint to checkout as opposed to taking the time to enter card information and a shipping address.

While Apple is said to be launching this feature before the holiday shopping season later this year, it’s working in the meantime to expand Apple Pay to new banks and countries. Apple is consistently adding new banks to the list of ones that are supported, most notably the longtime holdout Ally Bank. Exxon Mobile also recently added Apple Pay support.