You can now change themes, filters & layouts in updated Google Sheets and Slides for iOS 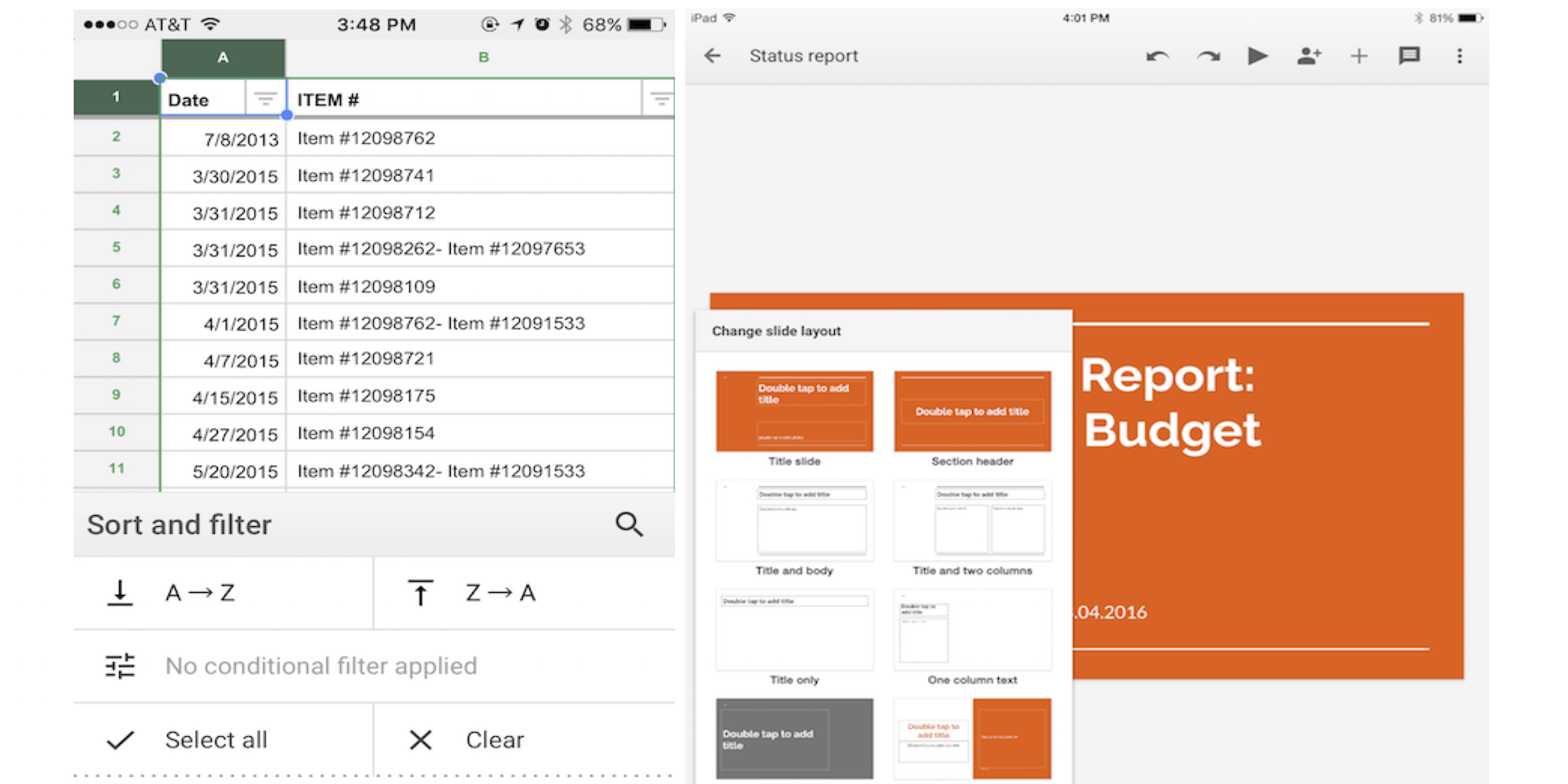 Google is updating its Google Sheets and Slides apps for iOS today with new features that allow changing themes, filters and layouts on the fly from within the mobile apps.

For Google Sheets, the update brings the ability to view and change existing filters applied to a spreadsheet.

And for the Google Slides app for iOS, users will now notice the ability to change the theme or layout of a presentation. You can see the new features in the screenshots below:

Additionally, the Slides app update brings “Stability improvements while presenting,” while both apps also get a dose of the usual bug fixes and performance improvements.