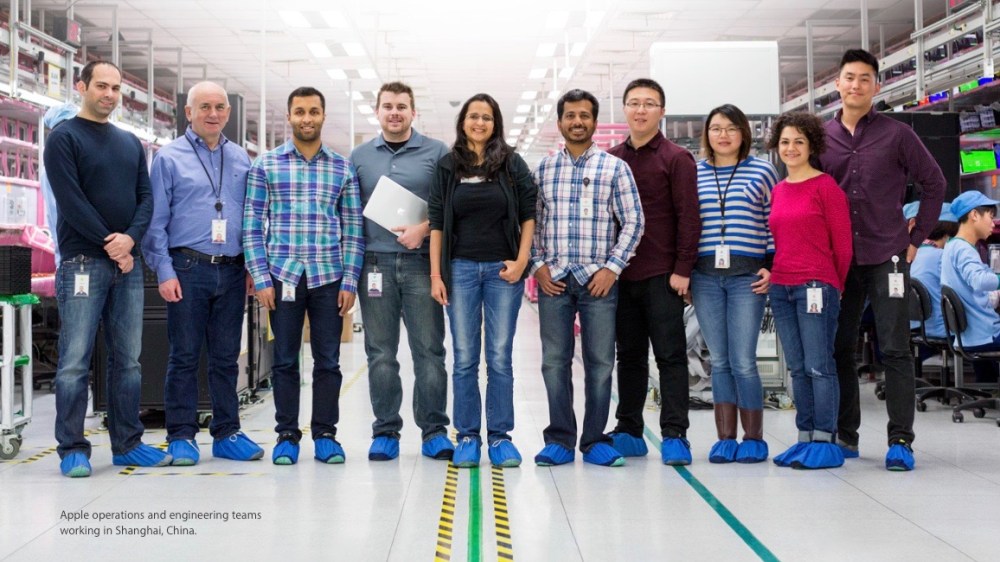 Apple has released its 2016 supplier responsibility progress report including a new letter from recently named COO Jeff Williams detailing Apple’s commitment to the people who create its products.

Comparing the highlights from the latest report to the results from the year prior, Apple performed 640 audits covering over 1.6 million workers in 2015, up from 633 audits covering about the same number of workers in 2014. Apple audited suppliers in 25 countries across 2015, up from 19 countries the year before. Apple also notes that nearly 140 of the audits made across the supply chain last year were for the first-time.

And on the environment, health, and safety, Apple points out:

You can read Jeff Williams’ annual responsibility report letter below, and see the latest data at apple.com/supplier-responsibility/progress-report.

A letter from Jeff Williams.

At Apple, we are deeply committed to making sure everyone in our supply chain is treated with the dignity and respect they deserve. Our team works hard to raise the bar every year to improve working conditions, provide educational opportunities, push for higher standards of living, and protect human rights.

2015 marks our tenth annual Supplier Responsibility Report. It details the strides Apple has made in protecting human rights by stemming excessive work hours and addressing bonded and underage labor practices. It also provides a window into our efforts to preserve the environment through safe chemical use, conservation of natural resources, energy efficiency, and renewable energy.

In 2015, work-hour compliance among our suppliers reached 97 percent, a number that is virtually unheard of in our industry. Since 2008, more than 9.2 million workers have been trained on their rights, over 1.4 million people have participated in Apple educational programs, and more than US$25.6 million in excessive recruitment fees have been repaid to foreign contract workers by suppliers as a result of our efforts.

Apple’s push for more rigorous environmental standards and renewable energy production has delivered substantial results: Suppliers have diverted more than 73,000 metric tons of waste from landfills. Our Clean Water Program has saved more than 3.8 billion gallons of freshwater. And in the first year of our energy efficiency program, suppliers have prevented more than 13,800 metric tons of carbon emissions. We aren’t just helping suppliers become more efficient — our Clean Energy Program is supporting them in powering their facilities with renewable energy sources. And our Environment, Health, and Safety (EHS) Academy participants have launched more than 2400 EHS projects since 2013.

We’re proud of the progress we’ve made so far. Yet even as you read this, Apple continues to address challenges throughout the supply chain. We are openly working with industry partners, governments, NGOs, and others who share our vision of improving lives and caring for the environment.

At the heart of this effort is Apple’s responsibility to the people who help make our products. Our commitment to them will never waver, and we will always try to do what is right by doing more and doing it better.

The report is also interesting because Apple reveals its top 200 suppliers including Corning which makes displays including Gorilla Glass, Samsung, LG, and others. At Apple’s iPhone SE/iPad Pro event last week, Lisa Jackson had some stage time dedicated to detailing Apple’s environmental effort as a company.