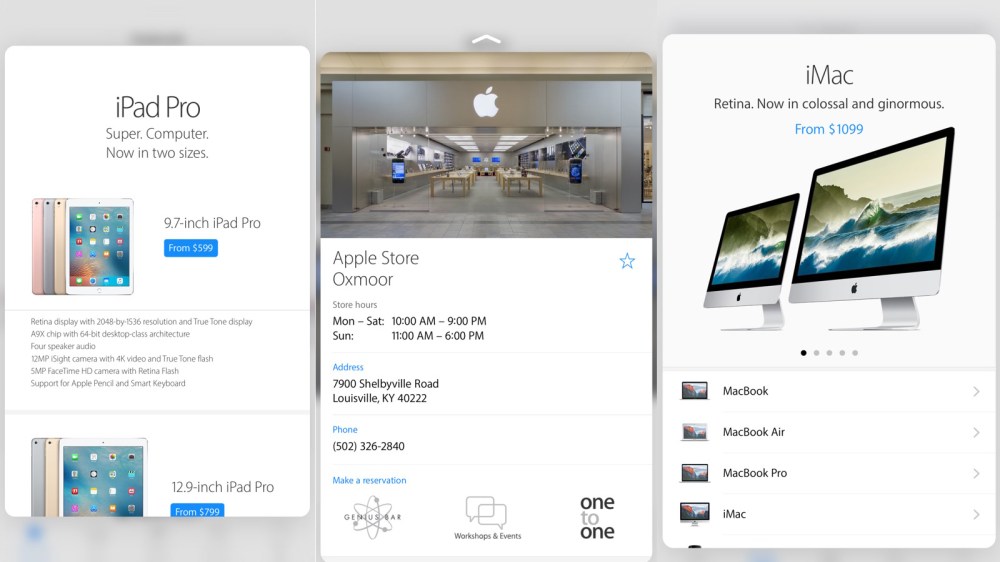 Users can now 3D Touch press on almost any image or link in the app to quickly see a preview of what’s behind it. For instance, as soon as you open the app, you can 3D Touch press on the featured products to get a preview of the next screen. These new features are of course limited to iOS devices that support 3D Touch functionality: iPhone 6s and iPhone 6s Plus.

In addition to expanding 3D Touch capabilities, the update also makes the app available in more locations. Specifically, the Apple Store app is now available in Korea, Russia, and Thailand.

The Apple Store app is available on the App Store for free. Full changelog below: