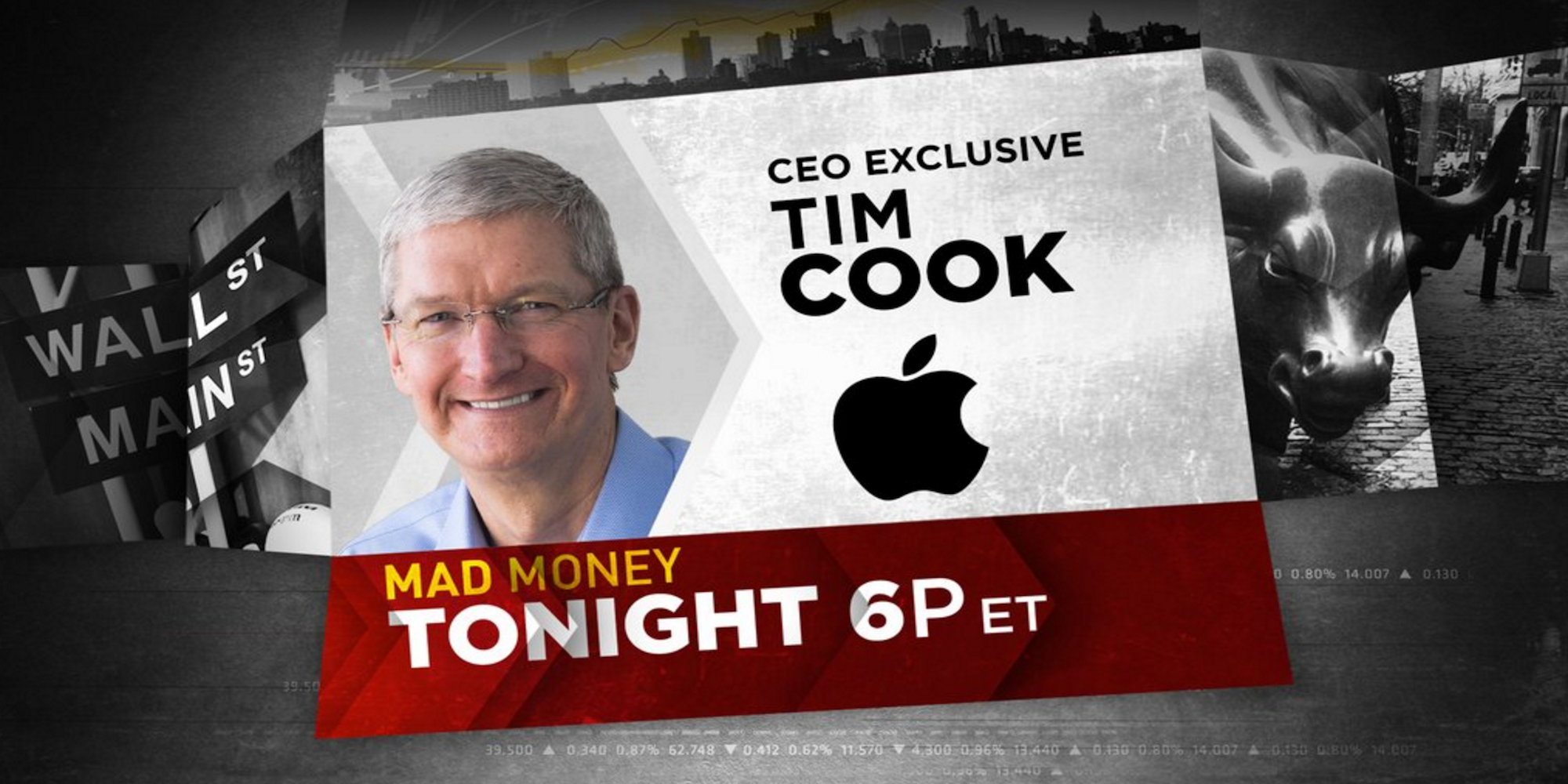 [UPDATE: CNBC says more of Cramer’s interview with Tim Cook will air tonight at 6PM ET. Today’s discussion will focus on iPhone encryption, Steve Jobs, and what Cook is most proud of at the company.]

Apple CEO Tim Cook is set to appear on CNBC’s Mad Money program tonight following Apple’s Q2 earnings earlier this month where the company reported declines across the board.

In a short clip of the upcoming interview aired today, Cook notes:

“…we just had a … actually an incredible quarter by absolute standards. $50 billion + in revenues and $10 billion in profits. To put that in perspective, the $10 billion is more than any other company makes. It’s was a pretty good quarter, but not up to the street’s expectations, clearly.”

Drops for Apple’s iOS device sales and declines in previously growing markets marked the first time in 13 years the company didn’t report growth for in the first quarter of the year. That’s despite a $50 billion quarter in revenue with $10 billion in profit and iPhone sales of 51.1 million units.

While most of the media focused on Apple’s rare declines in growth for iPhone sales and drops in revenue in Asian markets where it was previously growing rapidly, Cook highlighted some positives during its earnings report including record Android switchers during the quarter and growth for Apple Music and Apple Pay.

Cook will appear on Mad Money tonight with host Jim Cramer at 6PM ET. The network’s press release for the interview notes topics of conversation will include “Apple’s future in China, Cook’s outlook on innovation, what’s next for iPhone, the Apple Watch, growth of Apple services and whether there are any potential acquisitions coming, among others.”