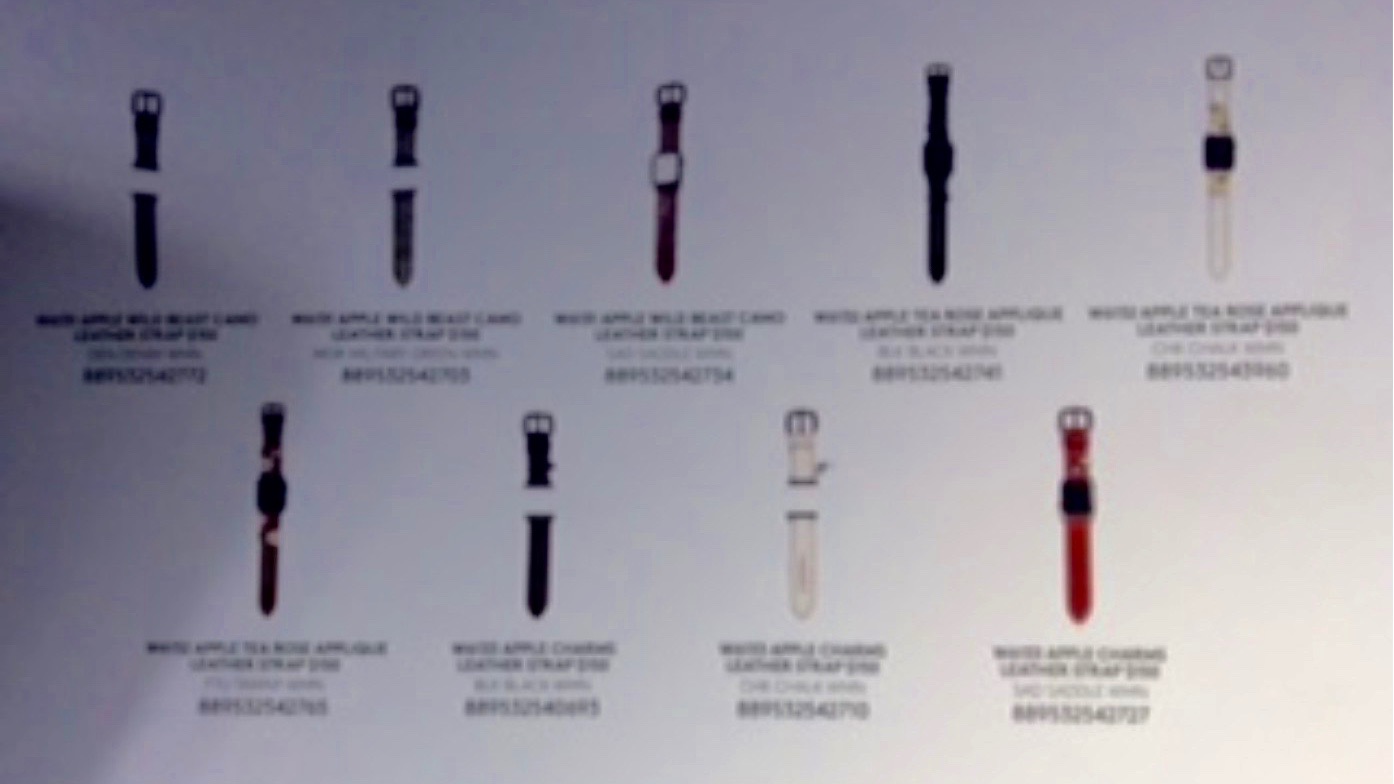 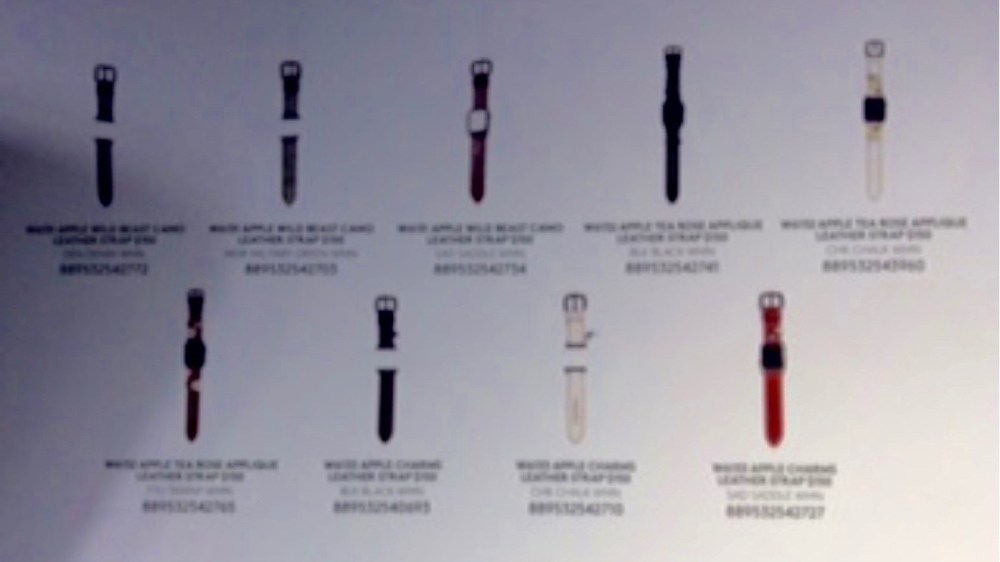 Last week a rumor surfaced that designer brand Coach has a collection of Apple Watch bands in the works for later this year, and today the source of that report, Haute Écriture, has additional details to share including new photos.

Citing information passed on from a Coach boutique sales associate, David Boglin De Bautista reported that the designer fashion brand has a collection of Apple Watch bands priced from $150 that will launch around June.

Since his initial report, Boglin De Bautista has gathered that there will be nine Coach Apple Watch bands in total, each priced at $150, with red, saddle (brown?), black, and white options offered. The newly shared photo above shows the full collection of Apple Watch bands expected to be introduced by Coach. Variations include charms and stitches that we haven’t seen available on previous Apple Watch bands by large brands. 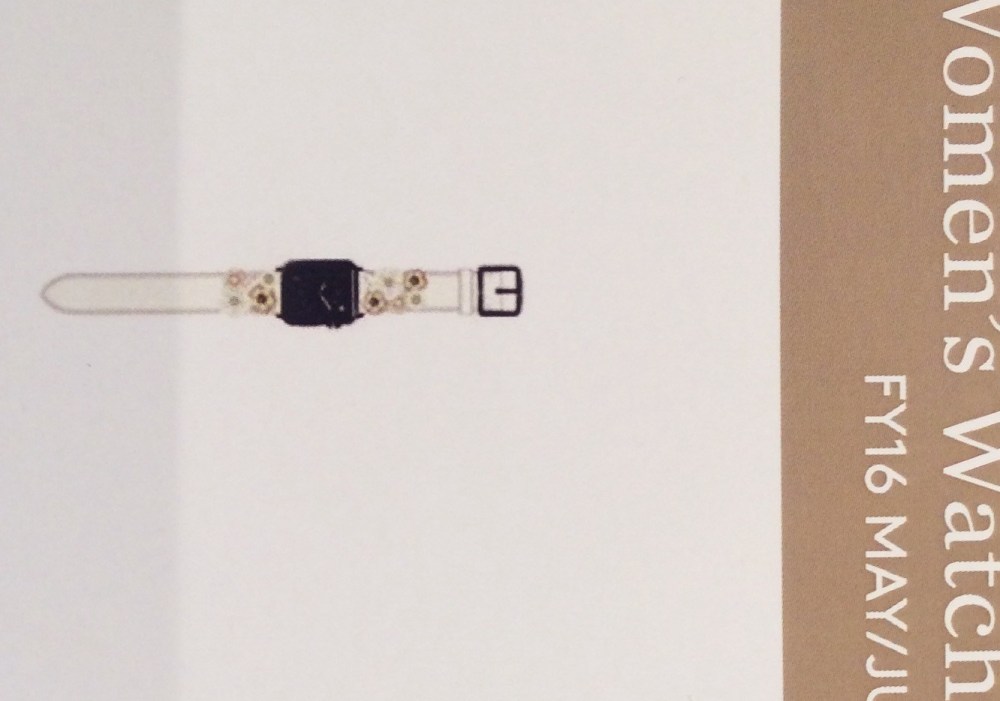 While one of the photos shared includes a mention of ‘FY16 MAY/JU’ (presumably June but possibly July) and Boglin De Bautista’s initial source cites a June launch, a second boutique rep cautioned that these new Apple Watch bands may not be available until later in the fall (possibly around Apple Watch 2?) Another detail left unknown includes lug color options as each band in the shared photos depicts dark lugs which may not match each Apple Watch; whether or not each band is offered in 38mm and 42mm versions is also unclear.

At any rate, designer bands by Coach priced at $150 is in line with Apple’s Classic Buckle and Leather Loop bands, making these more accessible than more premium Hermès bands recently made available for purchase.

Check out the full write-up at Haute Écriture.