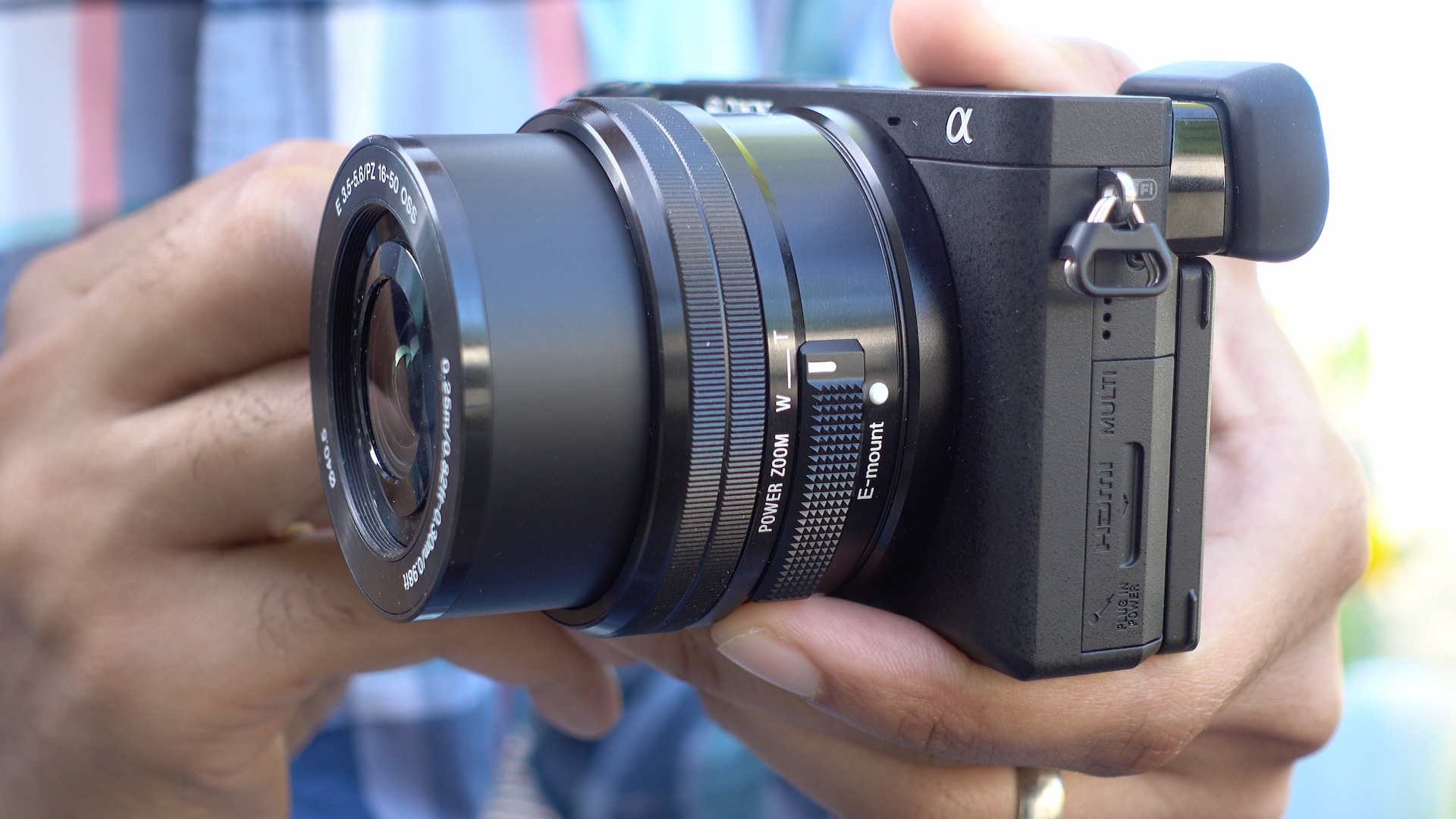 Standalone cameras have inherent advantages over smartphone cameras, despite the major strides made by iPhone photography over the last few years. Even with amazing third-party apps like FiLMiC Pro, which lets you adjust things like ISO and shutter speed, you’re still stuck with a constant aperture and fixed lens.

While smartphones have replaced point and shoot cameras for a vast amount of people, standalone cameras, especially ones with interchangeable lenses like the recently-released 24MP Sony a6300, still have their place.

I recently had the privilege of going hands-on with Sony’s latest interchangeable lens mirrorless camera, the follow up to 2014’s venerable a6000. My tester a6300 came equipped with Sony’s 16-50mm kit lens.

As someone who’s been using the well-respected Panasonic GH4 for the last year, switching to a Sony camera takes some getting used to. In the last week, I feel like I was finally able to turn the corner, and I’ve been thoroughly enjoying my time with this camera ever since.

It may come as no surprise that I’m primarily interested in the camera’s video capabilities, and that just so happens to be what the a6300 excels at. It’s not a perfect camera for video, but it’s pretty close.

The a6300 is a mirrorless camera with interchangeable lenses. The fact is that having the ability to quickly swap out lenses can make a world of difference in your workflow. Your camera can quickly go from a wide angle camera to a portrait camera with the change of a lens. Of course, you can also opt to use zoom lenses, which allow for a range of different focal lengths with a single lens. 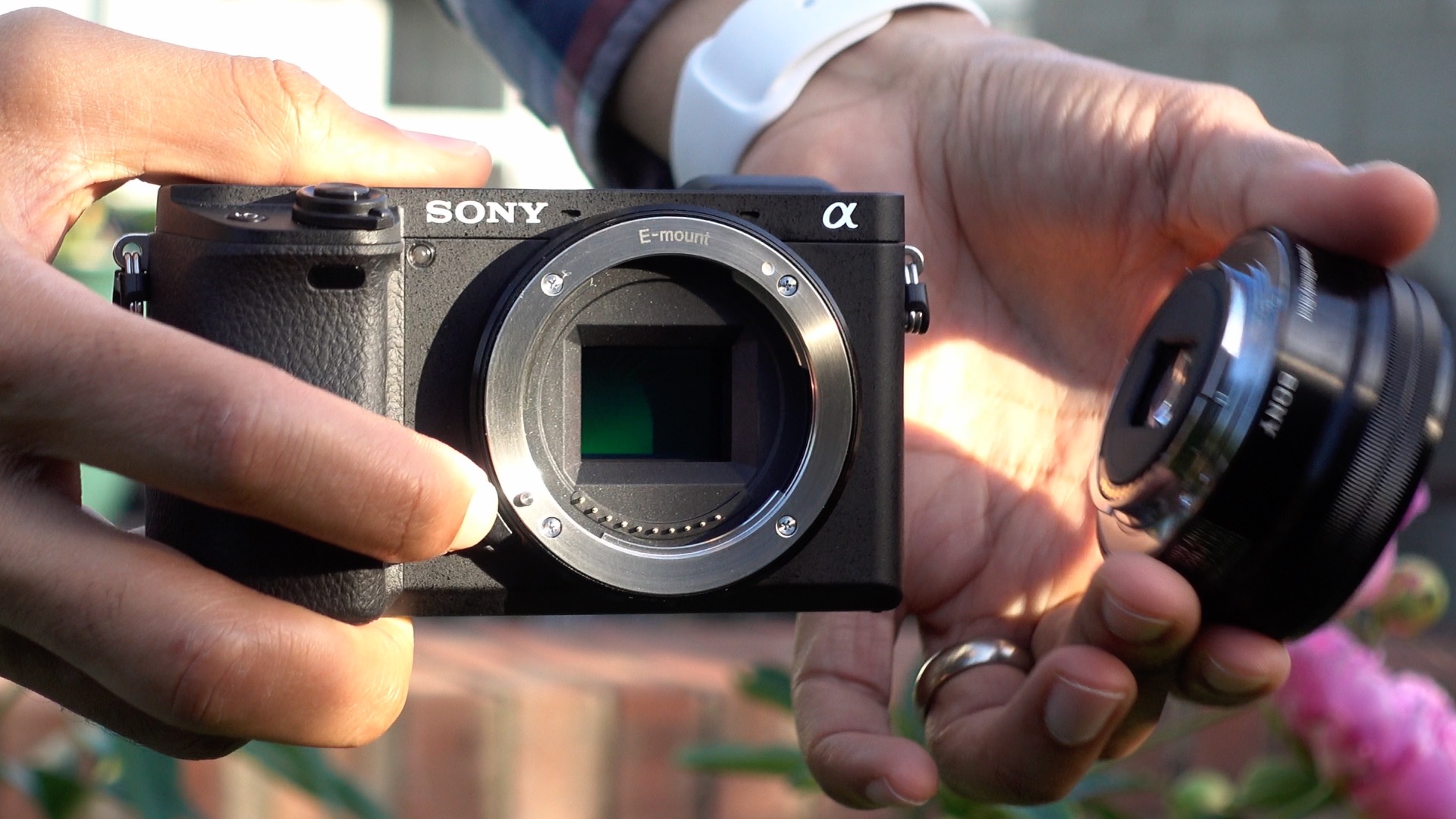 Smartphones like the iPhone don’t really have this luxury. True, there are iPhone add-on lenses that you can buy, but the iPhone wasn’t specifically designed to interface with these lenses, so the fit and function isn’t going to be anywhere near that of a lens on a standalone camera.

The kit lens that ships with the a6300 is a 16-50mm F3.5 – F5.6 with Optical SteadyShot. This lens is very compact when fully retracted, which makes it good for using while traveling. I consider the 16-50mm to be a good all purpose lens that can handle a variety of situations.

As you might expect, there are downsides to this lens, though. Soft edges when shooting at its widest angle, variable aperture when zooming…yuck…and slower startup times than what you’ll see on pricier zooms or primes.

The bottom line is that having the ability to switch out lenses lends an amount of flexibility that smartphones just can’t offer right now. If you’re serious about shooting stills or videos, a standalone camera that can handle a wide variety of shooting scenarios is worth considering. 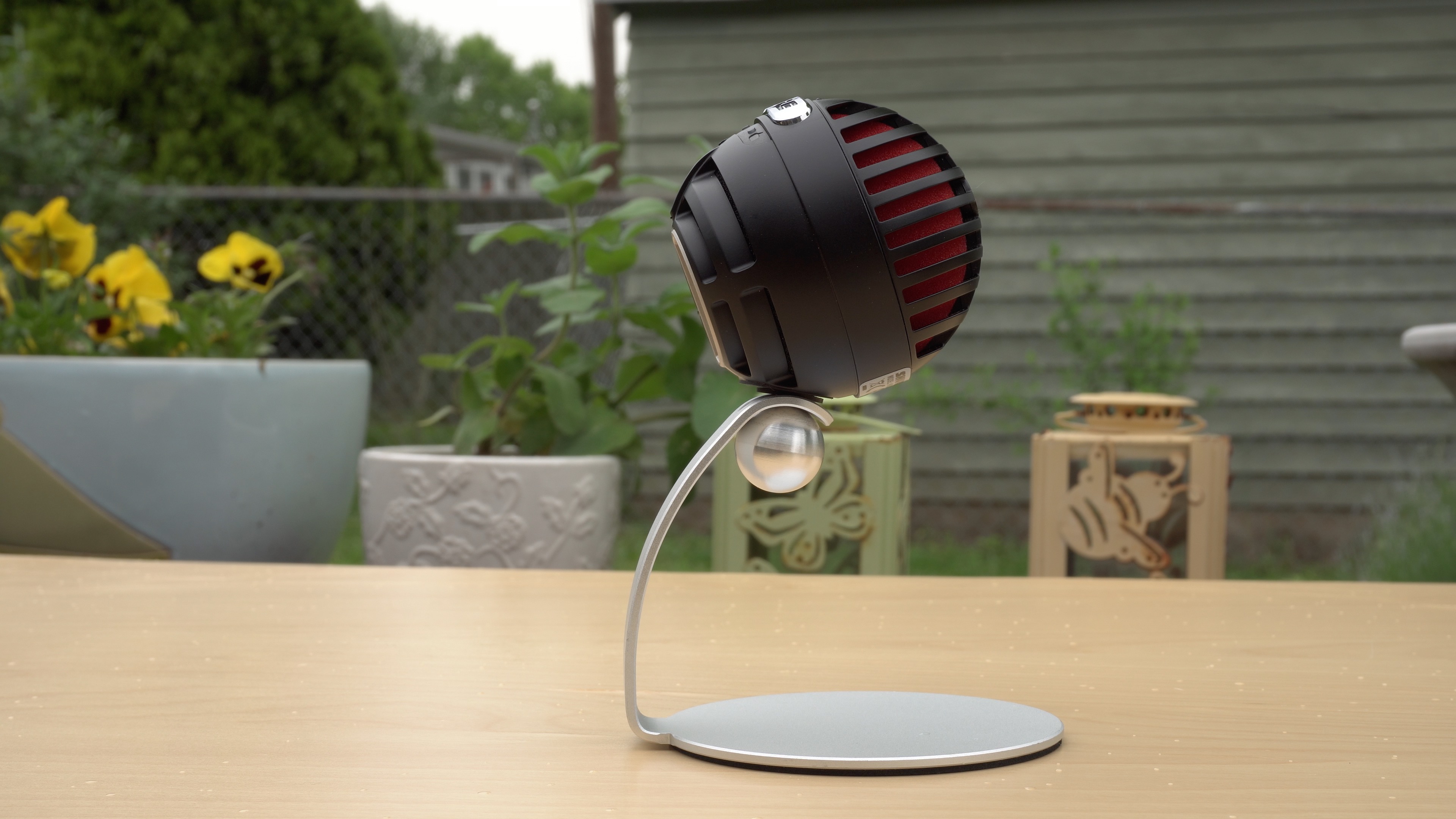 A still from our Shure Mv5 review, shot originally in 4K with the a6300

Sony’s camera can shoot 4K video (downsampled from 6k sans pixel binning) at 100Mbps, which will yield improved image fidelity over video shot with the stock Camera app on iPhone. The app that I mentioned before, FilMiC Pro, can help in this area, but there’s no question that the a6300 yields better video quality when shooting in 4K.

Please note that rolling shutter (jello effect) can be a issue for this camera if you do fast pans and action shots at 4K. I shoot primarily on a tripod, so I didn’t have to deal with this much at all. Still, it’s something to be aware of if you’re looking to do action videography.

Sony’s XAVC-S 4K file format isn’t recognized by iOS. This appears to be an Apple problem, as XAVC-S works perfectly fine in Final Cut Pro X on Mac. Apple periodically adds support for new cameras on the Mac, and it looks like it needs to do the same thing with the a6300 and XAVC-S on iPad.

For anyone looking to directly import and edit high quality 4K videos on the iPad, something the device was touted as excelling at, the a6300 isn’t going to be that great of a fit. I tried everything I could think of to import 4K videos using Apple’s Lightning to USB 3 Camera Adapter, but alas, the imports failed each time.

The electronic viewfinder (EVF) on the Sony a6300 is downright amazing. I never understood the hype behind these things until I tried it while I was out and about while the sun was shining. The EVF provided me with a crystal clear look at the shot I was attempting to frame, and because it features an eyecup, most of the light from the sun was blocked out allowing me to focus on my image. 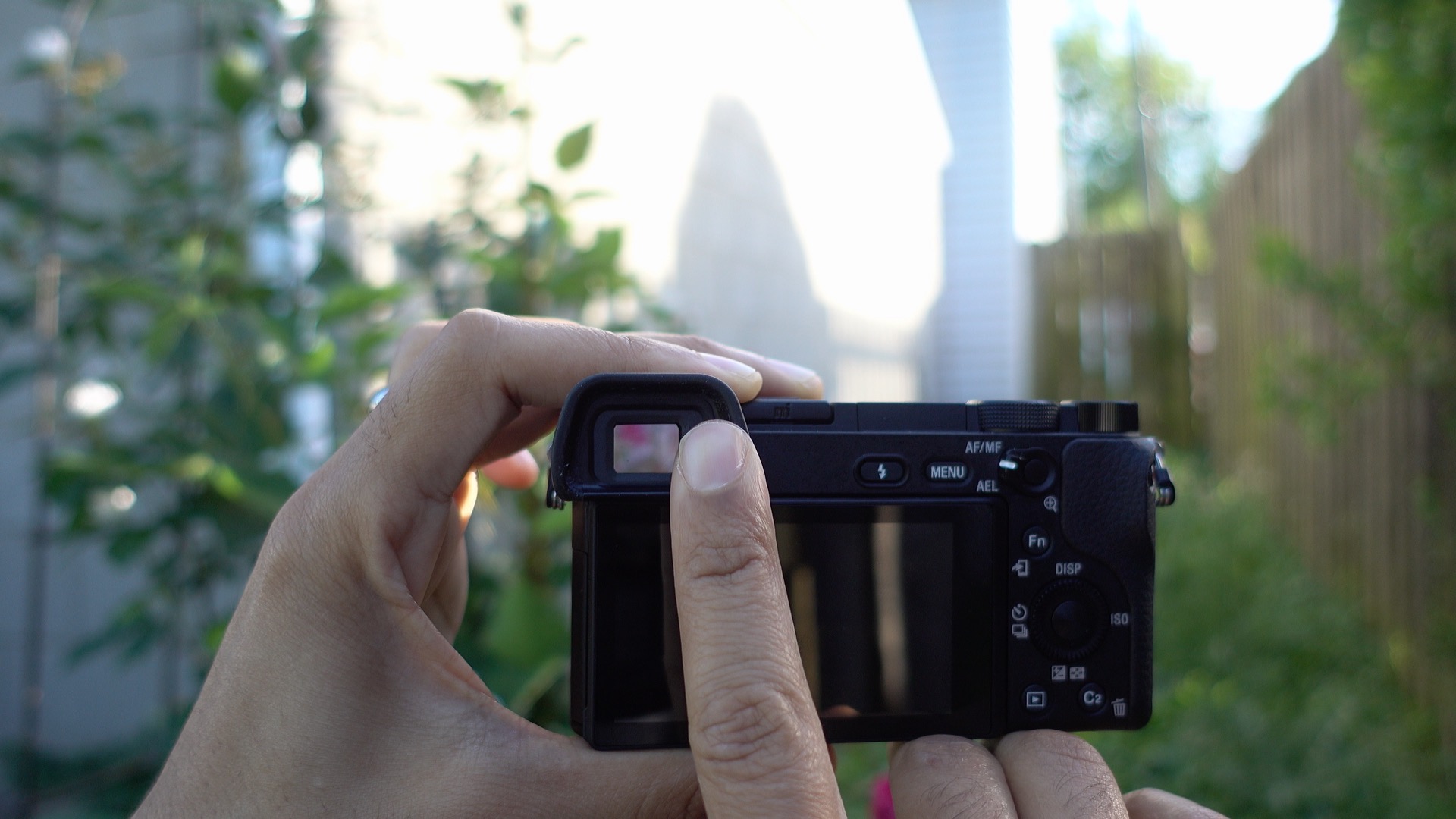 The a6300’s EVF is a noticeable improvement over its predecessor, the legendary a6000. The new viewfinder sports an XGA OLED display with 2.4 million dots. This means that the image is super sharp and clear. It’s so much better than trying to frame a shot via an LCD screen in less than ideal lighting conditions, whether it be an iPhone’s display or the a6300’s flip out display.

The a6300 isn’t the low light master like the full frame A7Sii is, but it’s still going to best the iPhone in this area. ISO sensitivity can reach up to 51,200 on the a6300, though it’s quite noisy at that level. Still, you can reasonably ramp up to around ISO 3200, and keep noise at a respectable level. 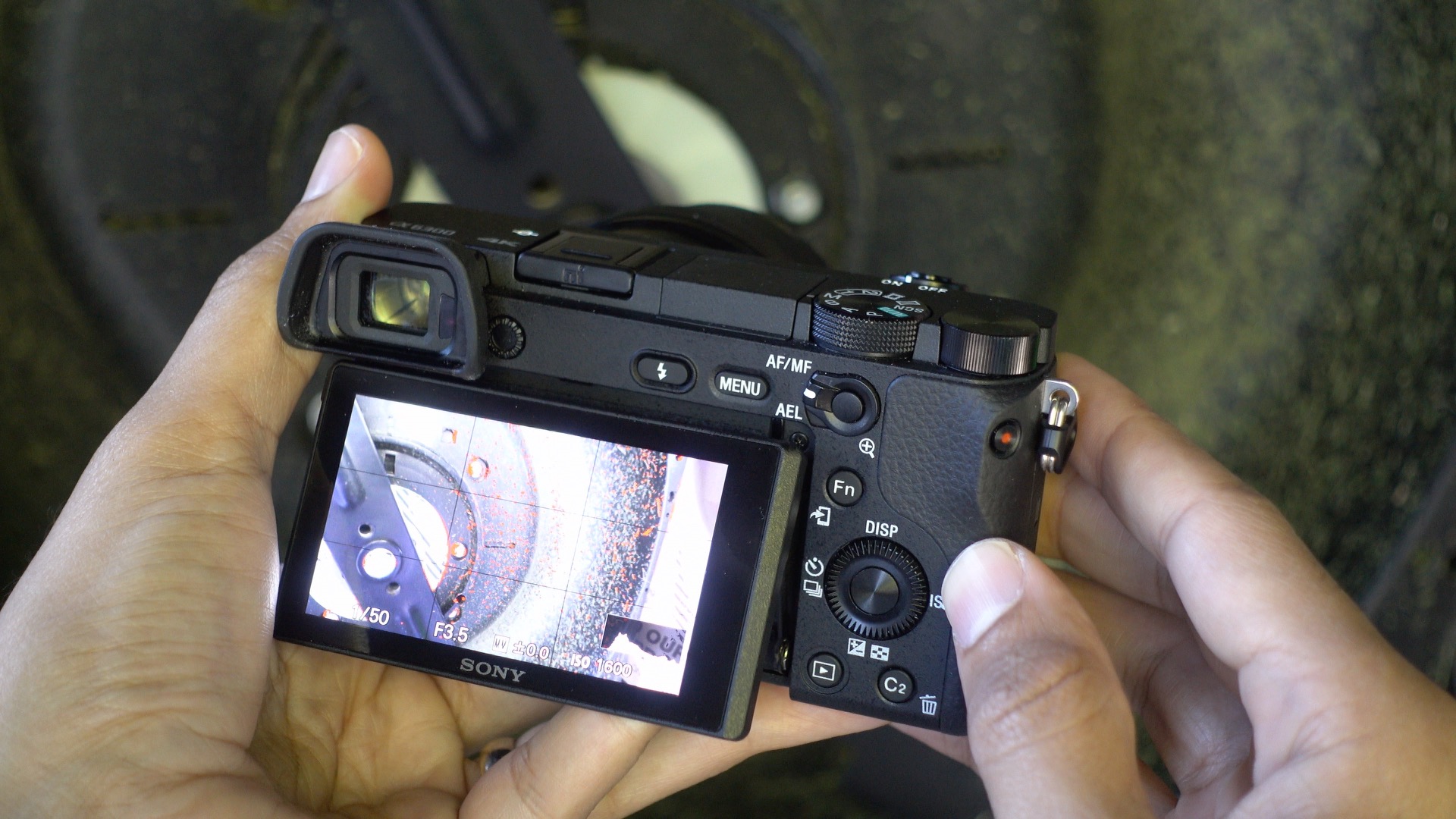 Much on your low light shooting success will depend on other exposure settings and the shooting modes that you choose, but low light performance will obviously win on a standalone camera sporting such a large sensor, when compared to a smartphone.

Many camera manufactures are making it easier for users to take selfies via articulating screens, but the a6300 features no such ability. True, the a6300’s screen does move, but its range of motion is limited in such a way that you can’t view the screen while in front of the camera. Even if you don’t often take selfies, this can be a problem, as it makes it difficult to frame shots while the camera is mounted on a tripod if you’re on the side or in front of the camera. 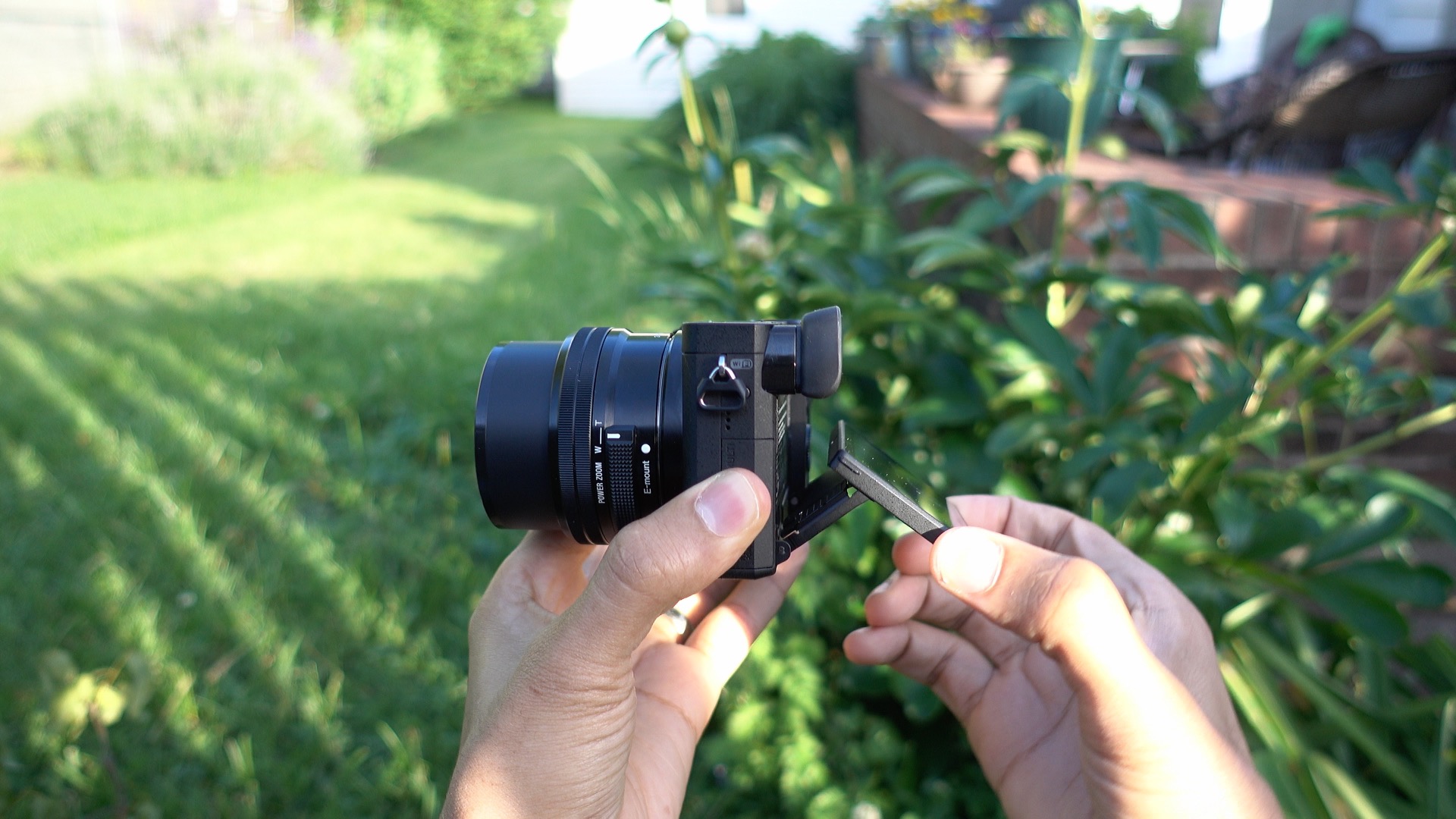 The iPhone, and smartphones in general, excel at taking selfies. Even the latest iPad does, with its upgraded front-facing shooter and its new “Retina flash”.

If you’re looking for a standalone Sony camera that features an articulating screen that’s good for selfies, then look no further than the RX 100 IV. Though small, the Sony RX 100 is widely considered to be the best camera for YouTubers due to its compact size, selfie ability, and ridiculously good image quality. 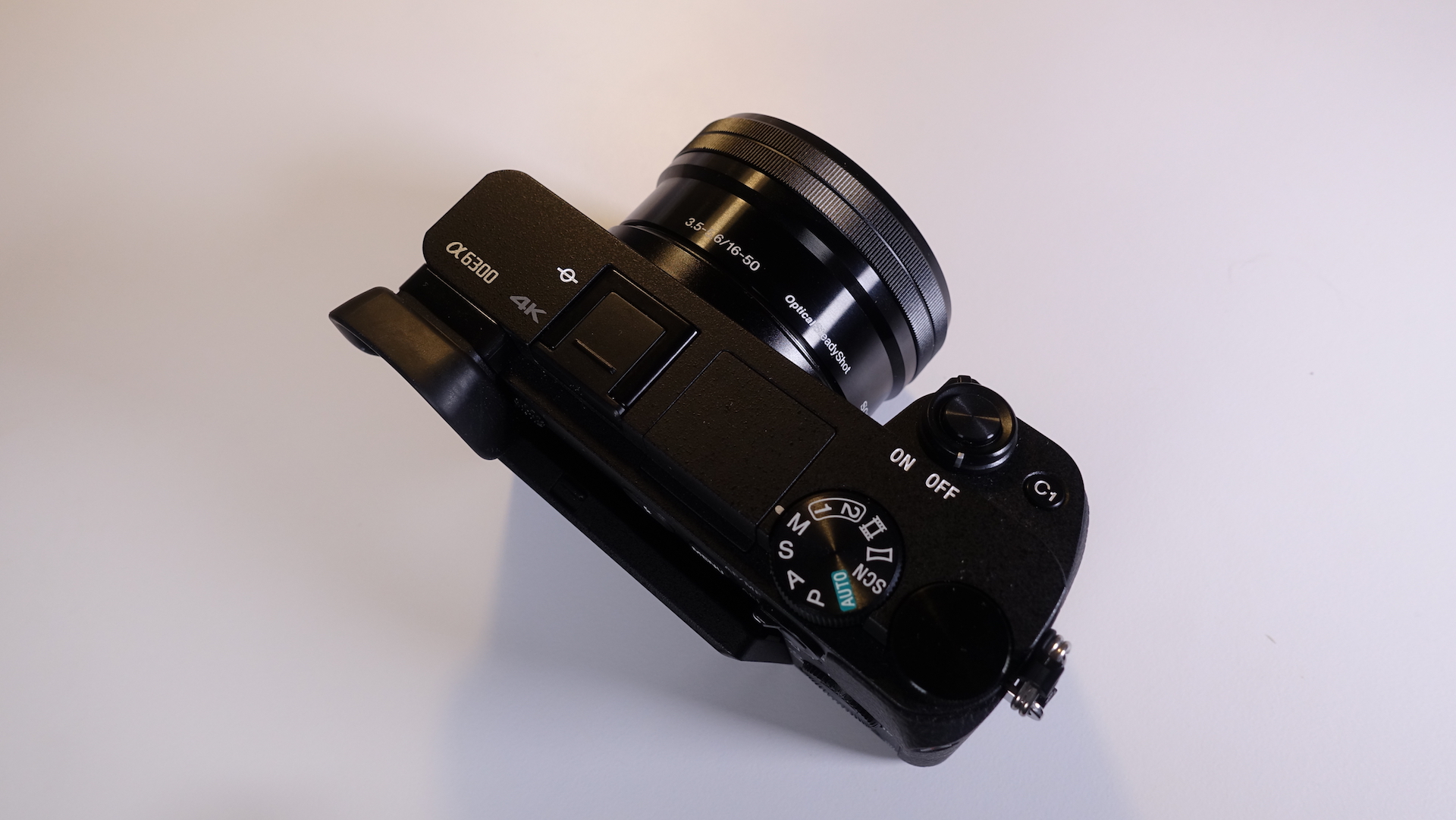 The a6300 is compact enough to where it’s comfortable to shoot handheld for an extended period of time. Having a lens with stabilization built in definitely helps when going handheld, and it’s something you’re going to want to consider when making your lens purchases.

It’s no secret that Sony’s in-camera menus are disliked by the majority of its users. Sony cameras have a steep learning curve as the menu layout is so convoluted and needlessly complex.

Coming from the Panasonic GH4, I felt like I was going back in time when navigating the a6300’s many menus. To add insult to injury, the LCD screen isn’t a touch screen, which means you have to rely on the physical buttons to traverse the menu system. 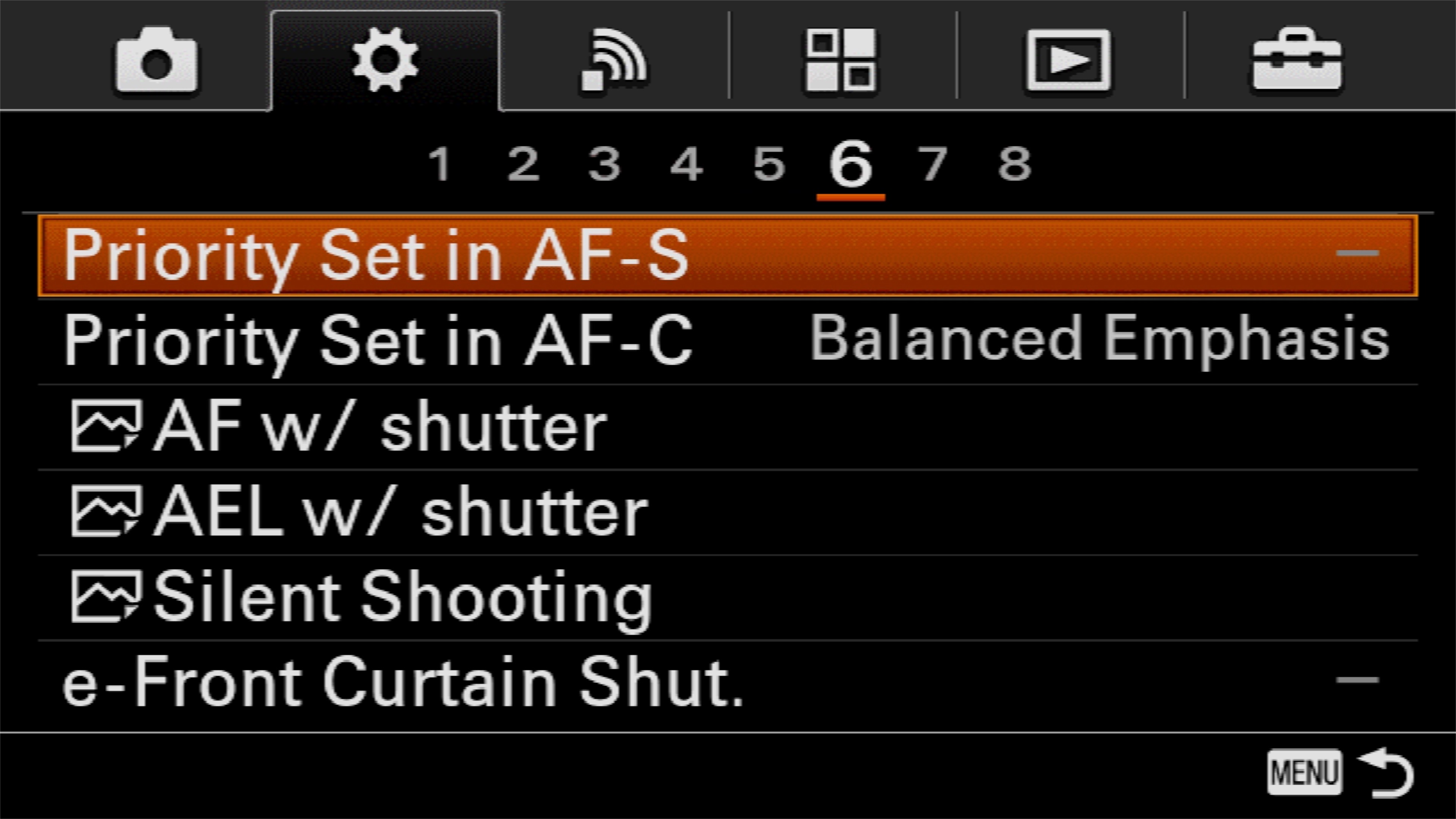 There’s really no way to sugarcoat this; Sony needs to go back to the drawing board and reexamine its menu system across its entire camera lineup.

That all said, after about a week of using the a6300, I began to feel more comfortable navigating the menu system. If you can can get past the initial shock of using such a ludicrously complex system, then it might very well grow on you.

Gripping a smartphone like the iPhone can be a tough task. It’s hard enough to keep the iPhone 6s from slipping out of your hand in day-to-day usage, so it’s no surprise that its build can make it challenging for long photo or video shoots. 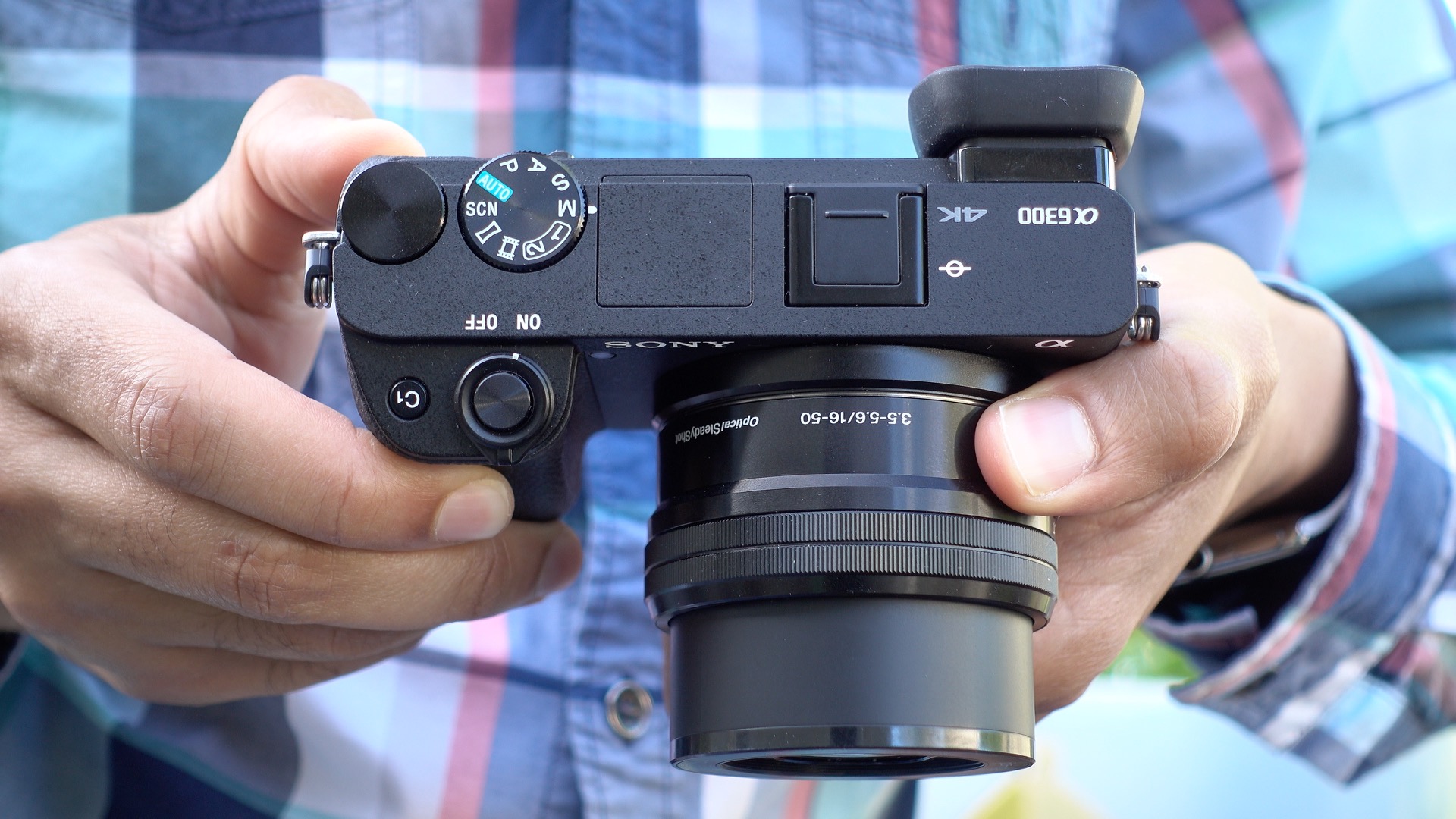 Being that it’s a standalone camera, it only makes sense that the a6300 would feature an ergonomic build conducive to long handheld shooting sessions. The camera features a hearty grip that makes it easy to hold, and comes wrapped in a solid magnesium alloy body that resists dust and water.

As someone who primarily shoots tutorial and product videos, it’s hard to get excited about autofocus, but Sony’s a6300 is very good in this regard. 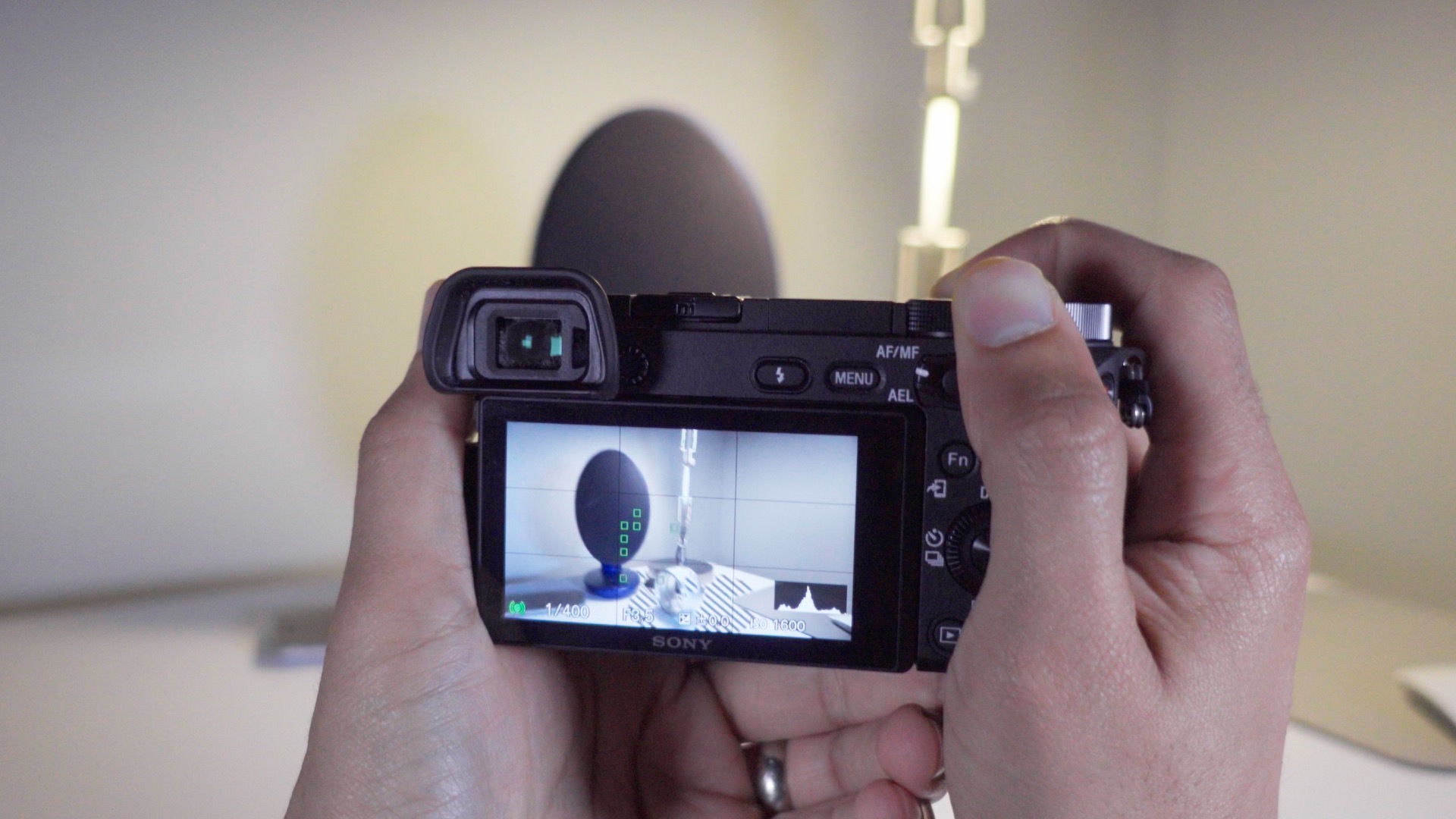 You can make some really amazing stuff with just an iPhone, but smartphones do have limits. They don’t feature interchangeable lenses, they come with fixed apertures, and don’t have the optical zooming capabilities that standalone cameras possess. This places limits on iPhone photography, but limits don’t have to be a bad thing. Limits force us to think outside of the box, and by doing so, you can yield some truly amazing creative work in spite of the tools at your disposal.

The Sony a6300 isn’t cheap at around $1,000, but it packs in some truly professional features, such as S-Log3, many of them pulled directly from the upper-echelon of Sony’s offerings. If you’re looking for a standalone camera that can supplement your iPhone photography, then the a6300 is a solid choice.