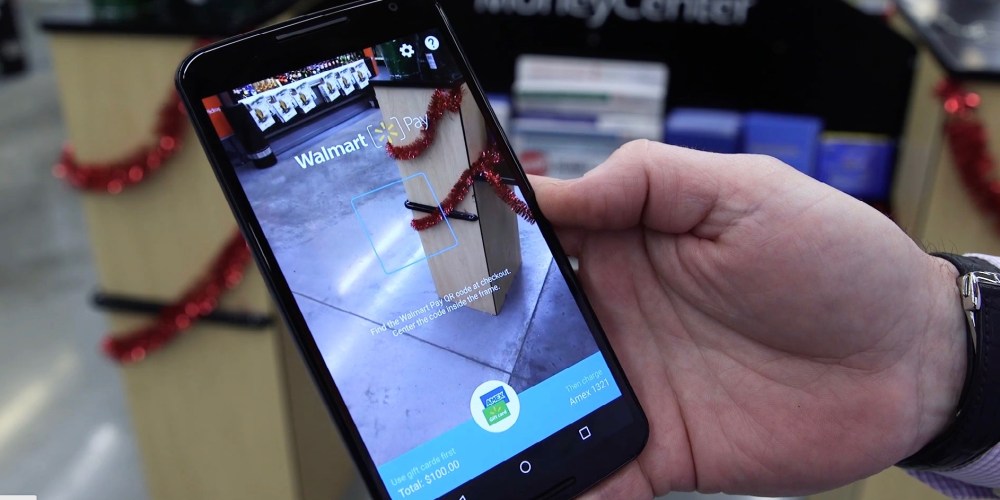 While Walmart remains among the list of stores stubbornly resisting Apple Pay, the retail giant is slowly pushing forward with its own mobile payment service called Walmart Pay. An update to Walmart’s mobile app added support for the digital wallet last month, and today the retailer announced that over 500 stores across two states now support Walmart Pay at checkout.

Starting in 110 locations across Walmart’s home state of Arkansas and another 480 stores across the giant state of Texas, the retailer says Walmart Pay is now available at any checkout line within supported stores.

Walmart Pay works by associating a debit or credit card with a Walmart account, then launching and scanning the app from your smartphone during checkout. The benefit is supposed to be part speed (as in not using slow PIN cards) and part convenience (you have the option of receiving an in-app receipt). Walmart Pay also works the same on both iOS and Android (although Android has its own Android Pay digital wallet that works like Apple Pay).

Unlike Apple Pay, Walmart’s solution also supports most pre-paid cards as well as gift cards, but the app experience doesn’t match the fast rate and strong security of an Apple Pay transaction when paying at checkout with an iPhone or Apple Watch using the NFC-based digital wallet.

Walmart first revealed its Apple Pay alternative in late 2015, over a year after the introduction of Apple’s digital wallet which works across various supported stores, although the rollout appears to be somewhat slow.

In practice, Walmart could support both Walmart Pay and Apple Pay, although the retail giant has offered no signal that it’s interested in accepting Apple’s digital wallet anytime soon.

In the past, Walmart has expressed only wanting to support payment methods that are widely accepted, although Apple Pay has rapidly grown since then and Walmart Pay is limited to just one retailer. Walmart was also initially part of a band of retailers backing CurrentC, a QR-code based digital wallet similar to Walmart Pay, although efforts for CurrentC to take off have all but stopped in favor of other solutions.

Apple Pay, in the meantime, has expanded support to hundreds of additional banks across the US, major banks in Canada and the UK, and more countries like Singapore, and could see new features like person-to-person payments with iOS 10.