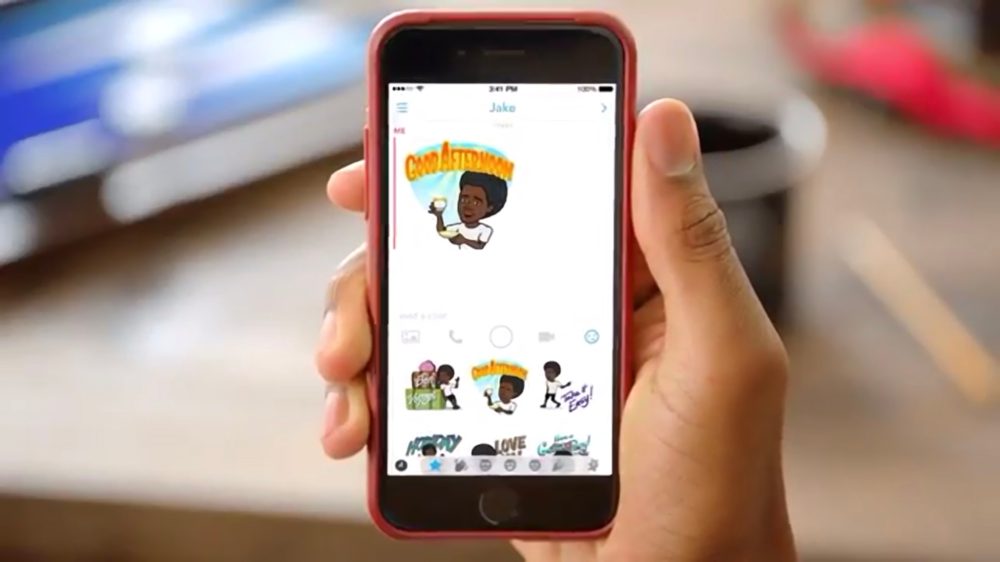 Earlier this year Snapchat spent around $100 million to acquire Bitstrips, and today the social network announced its app will now integrate with Bitmoji. Bitmoji is Bitstrips’ iOS app for creating personalized emoji characters. The newly introduced integration between Snapchat and Bitmoji means users can now use Bitmoji emoji characters directly in chats within Snapchat.

Snapchat announced the new integration in a blog post today which includes a Bitstrips-style comic strip that details how the new Bitmoji feature works. In short, you’ll need a Snapchat account to start.

Then download Bitmoji from the App Store, make your own personal emoji in the app, then head back over to Snapchat. Then look for the Snapchat settings section where you can link your Bitmoji account to Snapchat.

Once your acccount is linked, you can use your personalized emoji from Bitmoji in chats or as stickers on your Snaps. Snapchat first introduced stickers on snaps in a previous update earlier this year. The most recent update focused on replacing the Camera Roll with a new feature called Memories. 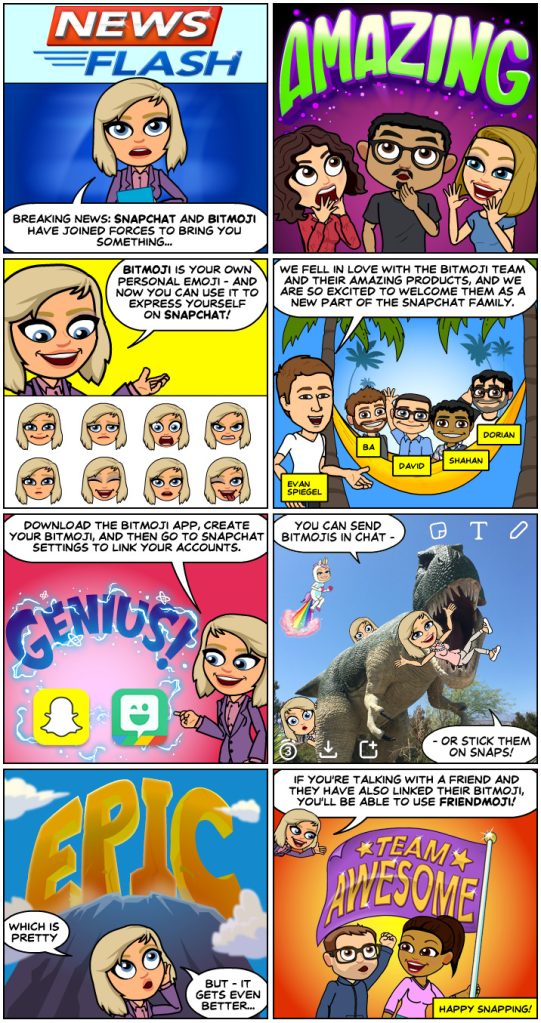 Both Snapchat and Bitmoji are available for free on the App Store.