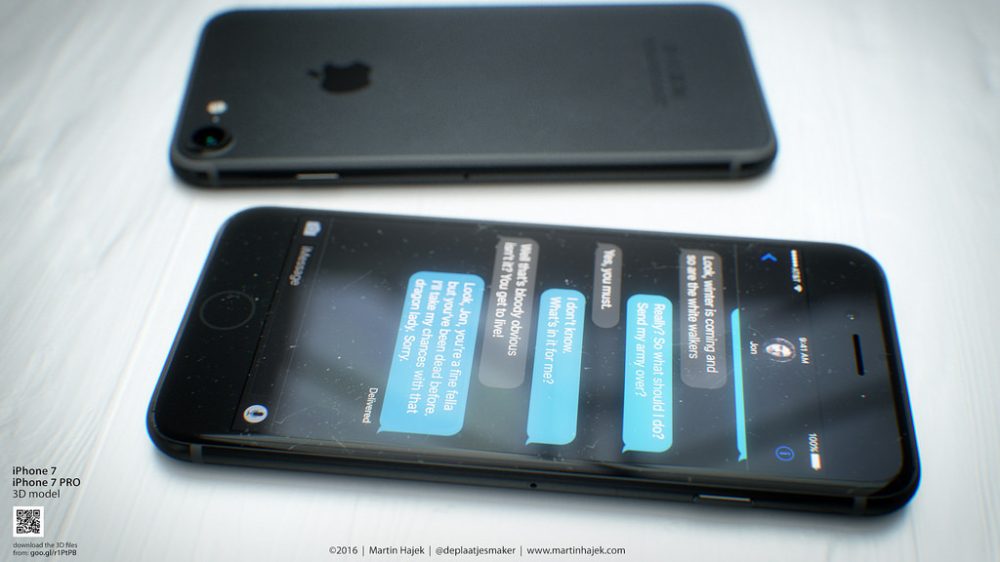 Earlier today, we shared a handful of videos that gave perhaps the best look yet at the upcoming iPhone 7. Now, a new report from Macotakara reiterates a few features that the iPhone 7 could very well feature, including a capacitive Home button.

According to the report, which cites supply chain sources, the iPhone 7 will feature a capacitive Home button with support for 3D Touch. This means that the home button would not actually be a moving part, though users would still feel as if they were pushing a button thanks to haptic feedback similar to that of the Force Touch trackpad on recent MacBooks.

Additionally, the Home button would be flush with the front of the iPhone. This, coupled with the removal of the headphone jack, would help Apple greatly in its efforts to make the iPhone 7 waterproof, which has been rumored in the past and hinted at by new iOS 10 features.

The switch to a capacitive Home button would also take away a major pain point for both iPhone users and Apple itself. The Home button is one of the more common hardware components to fail on the iPhone, requiring users to visit Apple Stores for repairs or use Accessibility features instead of the physical button.

Today’s report also again mentions that the iPhone 7 will come in a new black color option, similar to that of the 2013 Mac Pro. The report says that the release of a black iPhone 7 is “highly likely.” We reported last month on this possibility, likening the color to the Space Black Apple Watch.

We first heard reports that the iPhone 7 would feature touch-sensitive Home button back in April and that report has since been corroborated several times. Last month, an image leaked claiming to show the capacitive Home button, while analysts also agreed that the change would occur with this iPhone cycle.

Keep up to date with all of the latest iPhone 7 information with our continually updating guide.