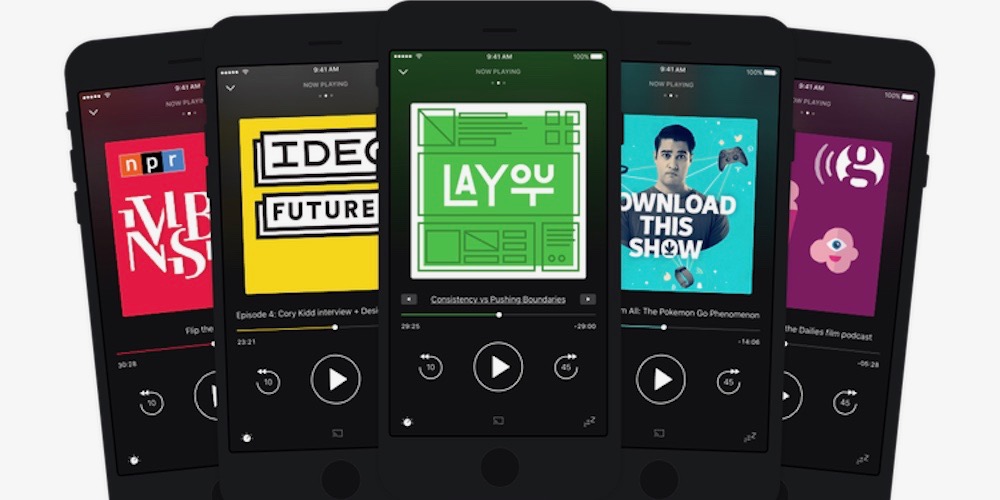 Pocket Casts is a cross-platform podcast player with apps on iOS, Android, the web, and even Windows Phone, and today Shifty Jelly released a major update to the iPhone and iPad version. Pocket Casts 6 is out today and includes loads of changes including a refreshed user interface, a dark theme, multitasking features on iPad including Picture-in-Picture and Split View, and much more.

Shifty Jelly says it has refined the user interface of Pocket Casts, something you can see above, which maintains the modern and simple look of previous versions. Most noticeable is a new dark mode that makes operating Pocket Casts at night easier on the eyes (or just cooler looking during the day).

Underneath its new coat of paint, Pocket Casts is now written almost entirely in Apple’s Swift programming language starting with this version. Shifty Jelly says rewriting the code for Pocket Casts made it possible to rethink years old decisions, speed up the app, and make it easier to add new features in the future. 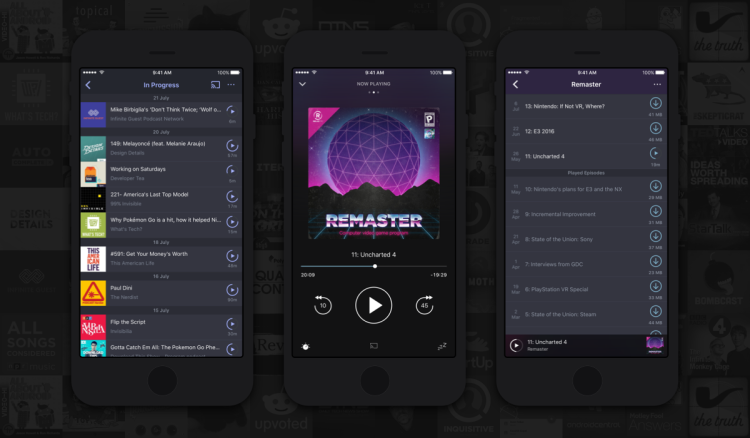 Podcast playback is also improved with version 6. Up Next has changed how it works from past versions with the goal being to simplify the experience:

This release we make it even easier, just swipe the mini player over in any episode filter, and add episodes to up next with a simple tap. Long press to re-arrange or remove episodes straight from the mini player as well. Finally the addition of an option to automatically add downloaded episodes to Up Next is yet another way to make sure there’s always a few things queued up for you ready to go.

First pioneered by RSS Radio, we’ve heard from a lot of our users that they really wanted a way to make voices sound louder and to remove silences in conversations. Version 6 of Pocket Casts for iOS brings both of these features. We’ve been refining this algorithm for well over a year now to get it just right and we’re so excited to finally share it with you.

For iPad users, Pocket Casts 6 features Picture-in-Picture playback for video podcasts so you can move around iOS while viewing the episode, and Split View support lets you use Pocket Casts 6 side-by-side with other Split View apps. iPhone 6s and iPhone 6s Plus users can also use 3D Touch shortcuts with Pocket Casts 6.

If you switch between iOS and Android and want to sync podcast playback between platforms, Pocket Casts 6 is worth checking out (and so is 9to5Mac’s Happy Hour podcast for that matter). Pocket Casts 6 is a free update to existing customers; new users can pick it up for $5.99 for both iPhone and iPad on the App Store.