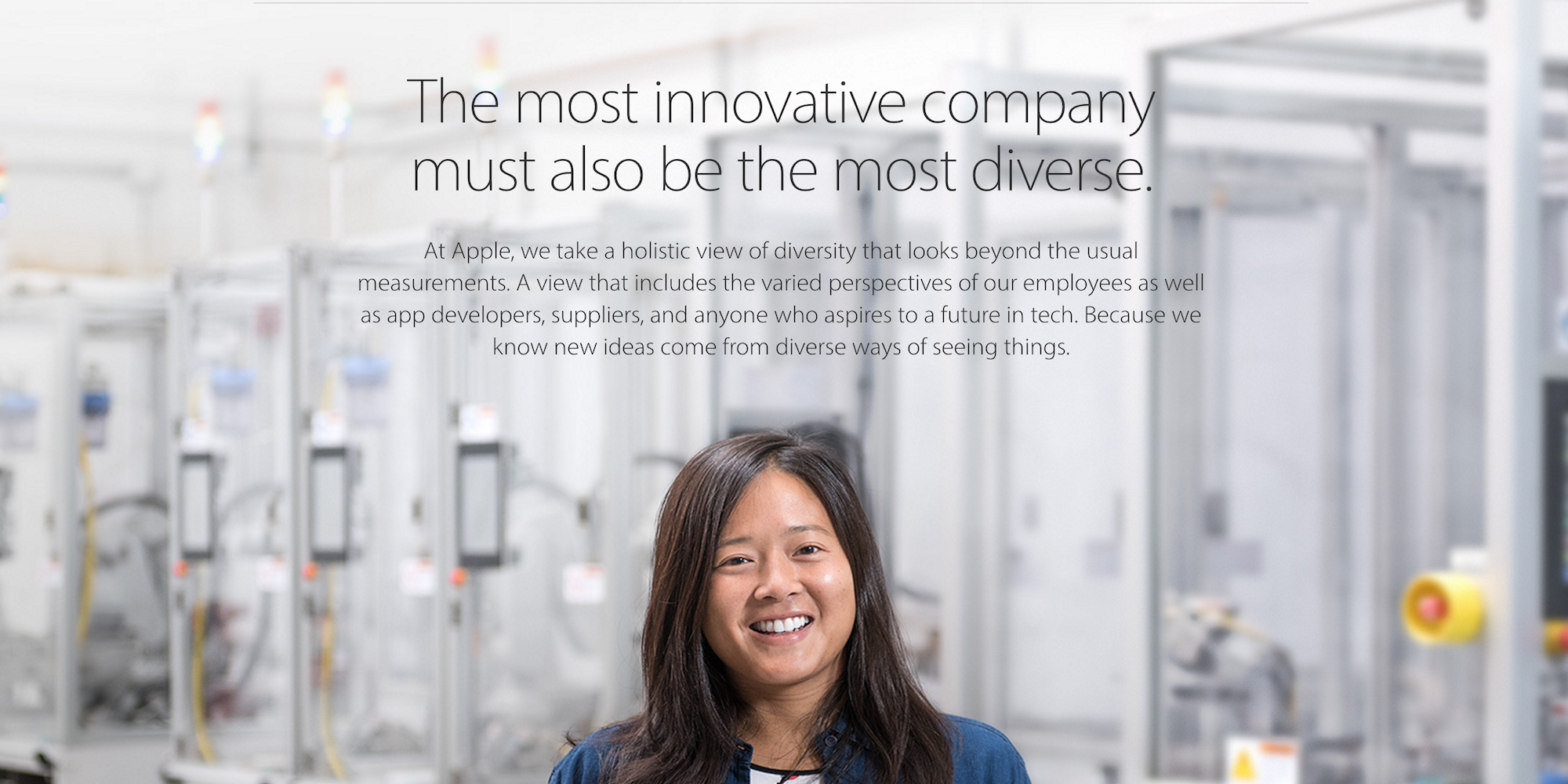 In its latest Diversity report released today, Apple highlighted an increase in the hiring of women and underrepresented minorities and also said it’s working to improve pay equity among employees.

The numbers include women making up 37% percent of new hires (versus 32% of current employees) and U.S. underrepresented minorities accounting for 27% (versus 22% of current employees). Apple includes “Black, Hispanic, Native American, Native Hawaiian, and Other Pacific Islander” in the underrepresented group and counts new hires within the last 12 months as of June.

Apple’s new report shows how the numbers have steadily increased since 2014 when the company first started releasing its diversity data: 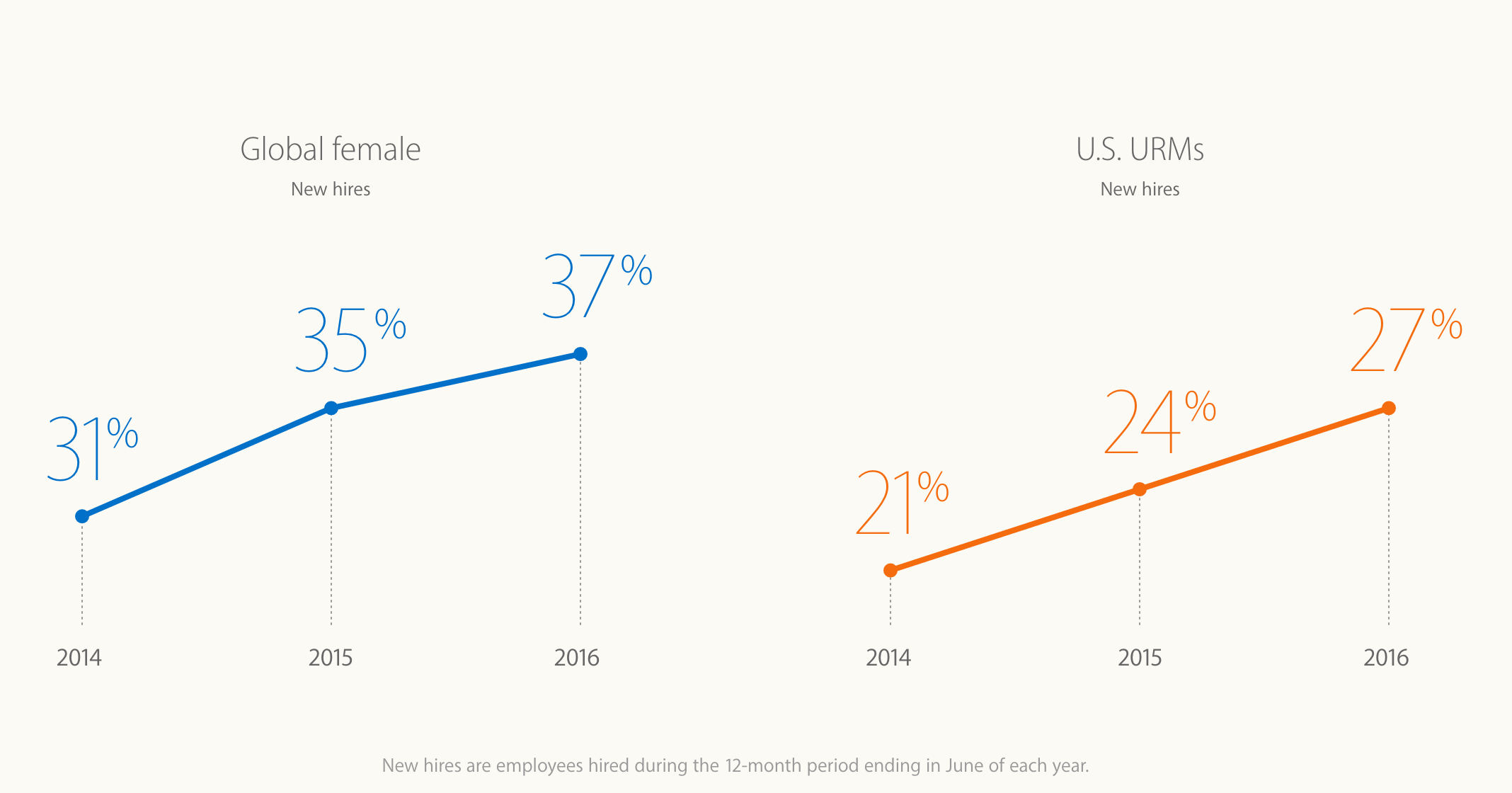 In addition, Apple said it improved pay equity for its U.S. employees this year and is in the process of doing the same for “salaries, bonuses, and annual stock grants” of employees worldwide.

Equal work deserves equal pay. This past year, we looked at the total compensation for U.S. employees and closed the gaps we found. We’re now analyzing the salaries, bonuses, and annual stock grants of all our employees worldwide. If a gap exists, we’ll address it. And we’ll continue our work to make sure we maintain pay equity…

The Washington Post reports that Apple hosted a number of historically black colleges on its campus this week, many of which it’s associated with through minority scholarship and intern programs the company has:

On Apple’s updated Diversity page where it publishes the annual data, the company is currently featuring profiles of employees from various parts of the company. You can read more from Apple’s 2016 Diversity report on its website.