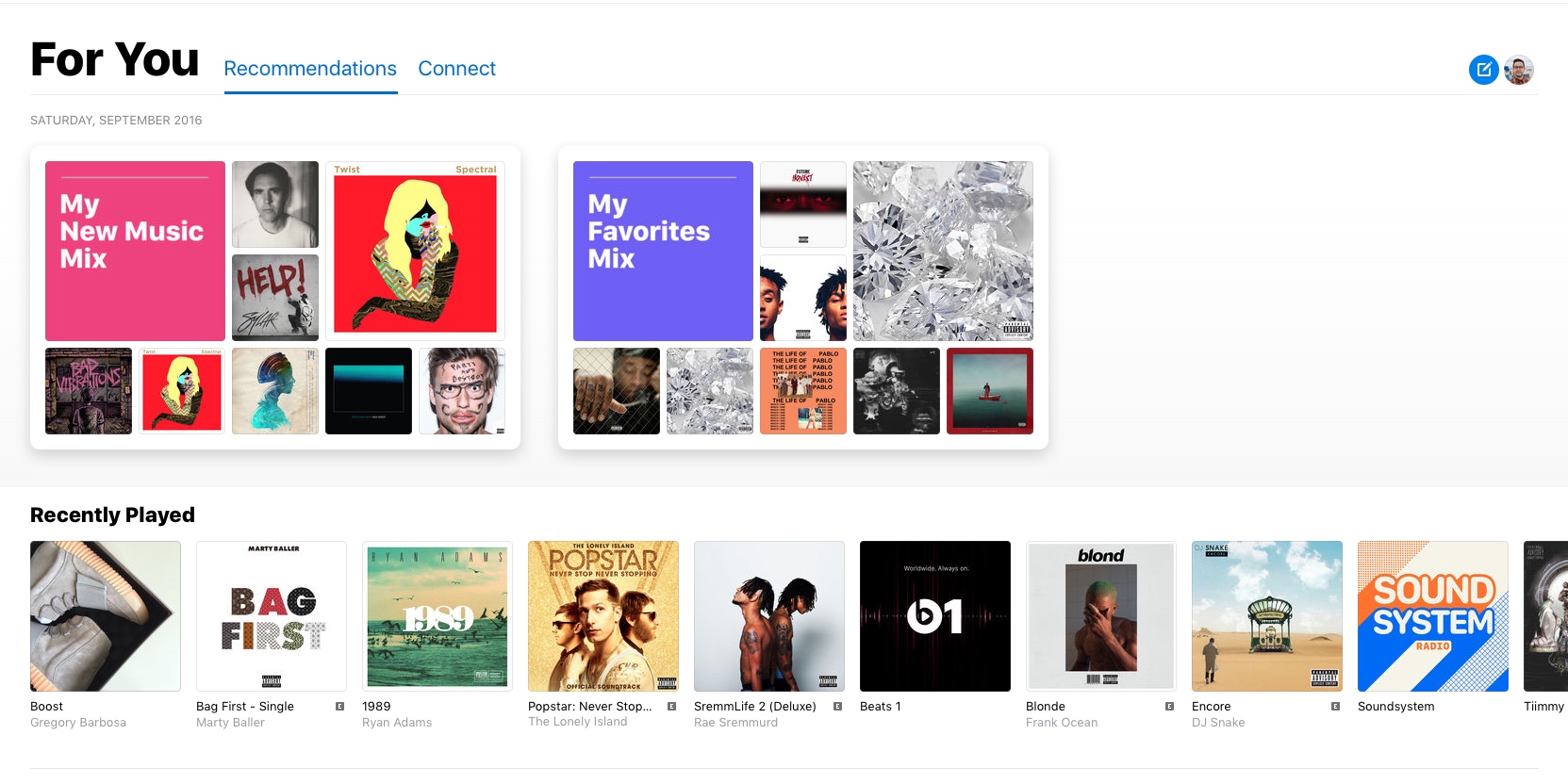 Just days away from Apple’s September 7th iPhone event, users are beginning to see personalized music mixes appear within Apple Music. Originally shown on stage at the this year’s WWDC by Bozoma Saint John, Apple Music subscribers on iOS 10 and macOS will soon be able to listen to music playlists custom tailored to their tastes and interests.

As Spotify’s Discover Weekly has gained traction and attention from users looking to discover new music, Apple Music’s personalized playlists may just be the competitive push it needs. Showcased as ‘Discovery Mix‘ under Apple Music’s For You section in this year’s WWDC, it looks like Apple has instead opted to go for a less obvious title that competes with Spotify’s own Discover Weekly.

At the time of this writing, iOS 10 and macOS’ iTunes 12.5 are showing two types of personalized music playlists under For You in Apple Music: My New Music Mix and My Favorite Mix. The former playlist contains a mix of songs, most of which I’ve never heard of, that all seem to be garnered towards my listening habits. For me, this current playlist contains a mix of indie, hip-hop, and EDM. All genres to which I listen to most frequently. The My Favorites Mix contains a ton of songs that are…well…my favorites. Things like Drake & Future’s Jumpman, and SWMRS’ Brb. Some of the songs found in this list I had long forgotten about, so seeing it surface again is very welcoming.

With Apple’s big event drawing nearer, I wouldn’t be too surprised if we were to see some more playlist changes coming to Apple Music. The name change from Discovery Mix, and the addition of a previously not seen playlist all seem to indicate that Apple Music is willing to adjust to meet subscriber desires. Hopefully this is the beginning of making Apple Music a tad more personal for it’s growing user base.