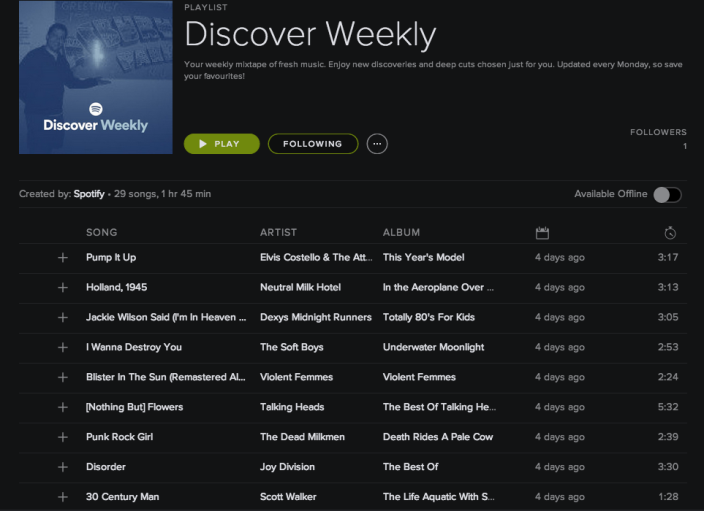 With custom playlists at the center of Apple Music’s discovery experience, Apple’s biggest streaming competitor Spotify is also focusing its efforts on playlists for its latest feature called Discover Weekly. It’s not exactly a “me too” feature, though, as Apple’s and Spotify’s approaches each differ in how playlists are created. While Apple highlights having human editors curating its featured playlists, Spotify is basing its new feature around listening behavior to deliver weekly recommendations… Rolling out to Spotify users starting today, Discover Weekly is a two-hour long playlist delivered each Monday with refreshed content based on past music playback and preferences of users with similar music taste. Spotify tells Re/code that the feature was built by a team of engineers over the last few months based on listening data from 75 million users.

The idea is that Spotify will use this personalized playlist to help subscribers discover new artists and tracks. Because it updates each Monday, the Discover Weekly playlist should become a tool for subscribers to routinely check and find new material.

Aside from opening access to a massive catalog of music from the iTunes Store, Apple Music has been recognized as a platform for discovering new material through playlists and recommendations. Spotify’s new Discover Weekly feature embraces both playlists and finding new content, making subscription music services as a tool for finding new music a clear feature for each service. 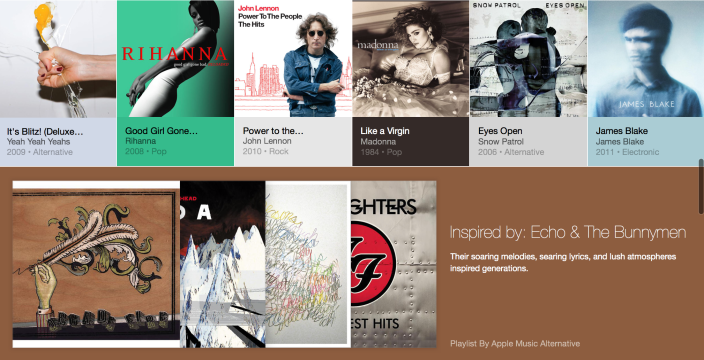 With both services starting at $10/month for individual subscribers, the big question is whether or not users will care if recommendations are driven by music industry insiders or machines. Several of our readers told us last week that Apple Music has been compelling enough to convince them to switch from Spotify (or a similar service) altogether. In addition to today’s discovery feature through a weekly, personalized playlist, Spotify has also focused on original content, videos, and podcasts for growing the service recently.

The new Discover Weekly playlist feature should appear for users today through the desktop and mobile Spotify apps.