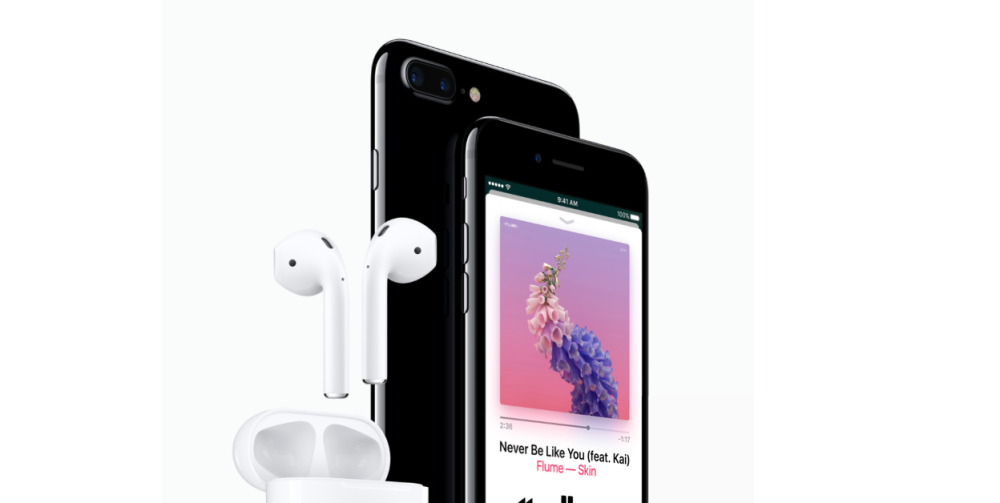 Apple earlier today made its decision to remove the 3.5mm headphone jack from the iPhone 7 official. As with most controversial moves, the decision was met with mixed feelings from customers, but in a new interview with BuzzFeed News, Apple’s Phil Schiller, Greg Joswiak, Dan Riccio, and Tim Cook are defending the decision, as well as touching on other things…

Essentially, there are several reasons why Apple felt it was time to move on from the 3.5mm headphone jack: it’s antiquated, it takes up space, and it complicates the waterproofing process.

Regarding the long-life of the 3.5mm connection, Joswiak explained that it has essentially become “dinosaur,” noting that no true innovations have come for the past 50 years and that it’s time to move on to something better:

“The audio connector is more than 100 years old,” Joswiak says. “It had its last big innovation about 50 years ago. You know what that was? They made it smaller. It hasn’t been touched since then. It’s a dinosaur. It’s time to move on.”

For his part, Riccio described the 3.5mm connection as nothing more than “a hole filled with air” that has prevented Apple from innovating in a lot of different areas over the recent years. For one, Riccio says 3.5mm connection took much-needed space away from the new camera technology, as well as things like battery improvements and speed bumps. Riccio also explained that the removal of the 3.5mm jack helped Apple meet the requirements for IP7 water resistance and increase the battery space.

“We’ve got this 50-year-old connector — just a hole filled with air — and it’s just sitting there taking up space, really valuable space,” Riccio explained. “It was holding us back from a number of things we wanted to put into the iPhone,” Riccio says. “It was fighting for space with camera technologies and processors and battery life. And frankly, when there’s a better, modern solution available, it’s crazy to keep it around.”

Even better, removing the audio jack also eliminated a key point of ingress that Riccio says helped the new iPhone finally meet the IP7 water resistance spec Apple has been after for years (resistant when immersed under 1 meter of water for 30 minutes).

Regarding theories that Apple removed the headphone jack in an effort to introduce a new DRM platform for audio consumption, Phil Schiller responded and called that claim a “pure, paranoid conspiracy theory.” Schiller also noted of the new Taptic Engine and the benefits that it brings over the traditional Home button:

“The idea that there’s some ulterior motive behind this move, or that it will usher in some new form of content management, it simply isn’t true,” he says. “We are removing the audio jack because we have developed a better way to deliver audio. It has nothing to do with content management or DRM — that’s pure, paranoid conspiracy theory

“You can’t make it feel like there’s an earthquake happening, but the range of customization lets you do an awful lot,” Apple SVP Phil Schiller explains. “With every project there are things that surprise you with the meaning they take on as you start to use them. The Taptic Engine API is one of them. It turned into a much bigger thing than we ever thought it would be. It really does transform the experience for a lot of software. You’ll see.”

Finally, Tim Cook touched on accusations that Apple is no longer innovating at the pace it once was. Cook argued that Apple, by improving existing features and making people’s lives easier, is still innovating just as it was:

“Innovation is making things better,” Cook says. “If you step back and look at the things that are most important to iPhone users, it’s the photos they take and the other stuff they use to build the diaries of their lives. So the camera updates, the software optimization that we’ve done, the increases in battery life, and then all the features in iOS 10? These things collectively are a huge advance forward.”

The full interview is definitely worth a read and can be found on BuzzFeed News.

You can catch up on everything Apple announced on stage at its press event today in our live news hub.