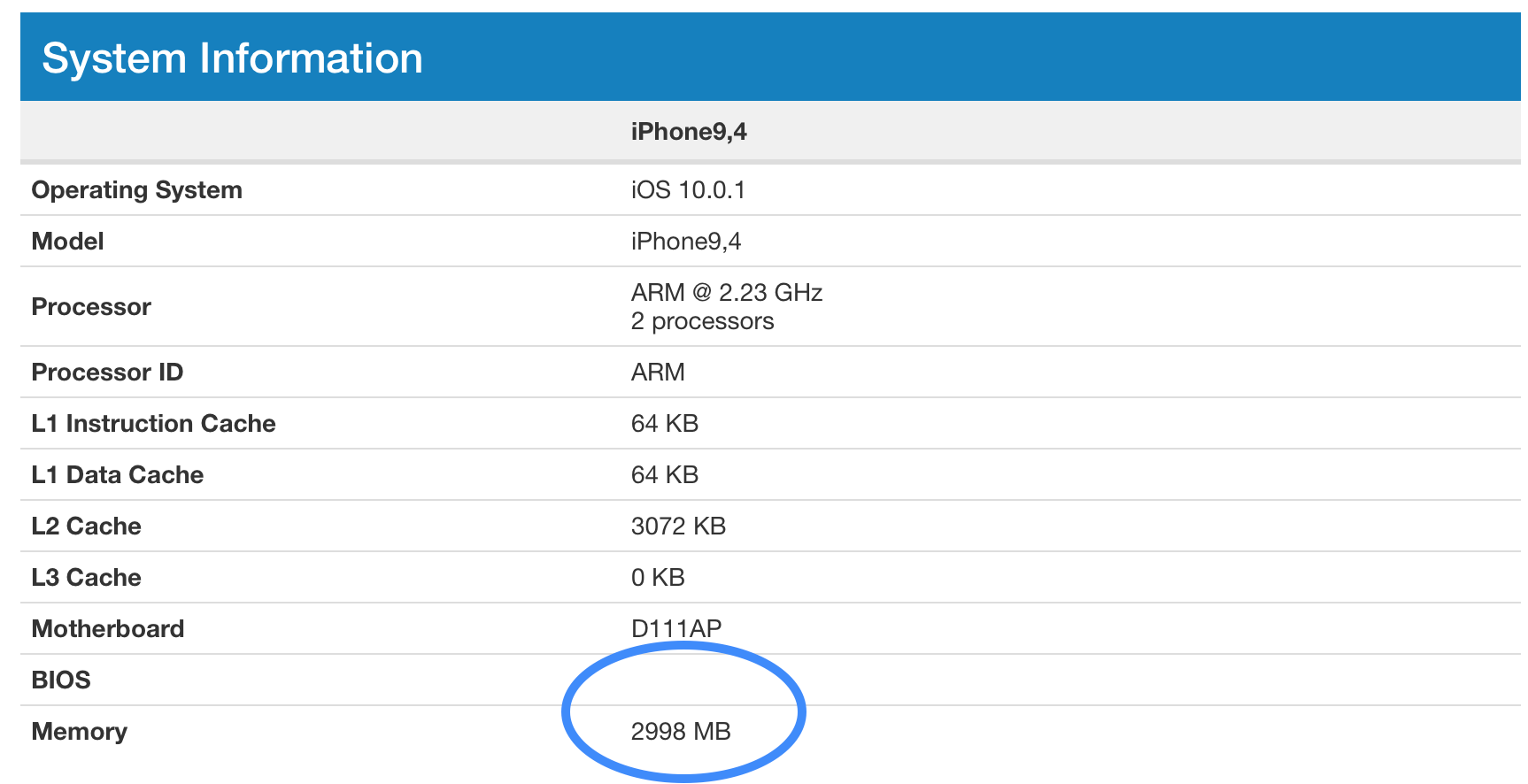 The iPhone 7 Plus is thus the first iPhone to come with 3GB of RAM, making it the largest amount of RAM to appear in an iOS device outside of the 4 GB-infused 12.9″ iPad Pro.

Interestingly, the benchmark also shows that only two processor cores are handling the load, even though both the iPhone 7 and iPhone 7 Plus ship with four-core A10 Fusion systems-on-a-chip.

Apple’s new A10 Fusion chip, as was explained by Phil Schiller during yesterday’s keynote, is a four-core processor that features two high-performance cores that run 40% faster than the A9, and two high-efficiency cores that run at 1/5 the power for longer battery life.

Watch Phil Schiller talk about the new A10 Fusion

To assist the A10 Fusion, Apple has developed a new performance controller that in real time can make sure the correct processors are running for maximum performance. Less processor intensive tasks, like checking email, will thus utilize the slower cores in an effort to save on battery life.

Thanks to the performance controller, which handles the process of delegating tasks to either pair of processors, the GeekBench benchmark ran on the high-performance chips, which are 40% faster than the Apple A9. 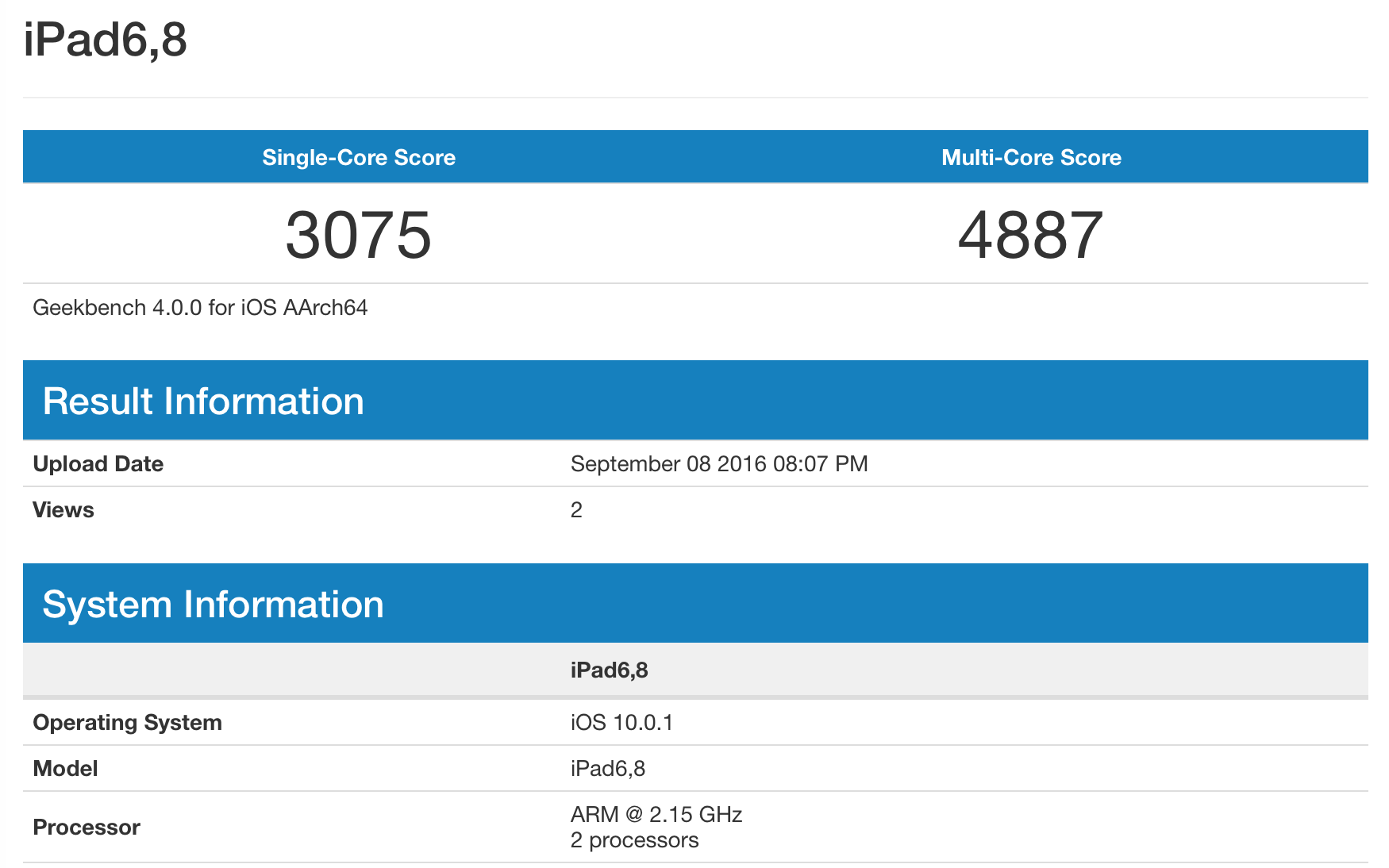 Since both the iPhone 7 and the iPhone 7 Plus feature the same A10 Fusion chips, we should expect performance to be similar between both devices.