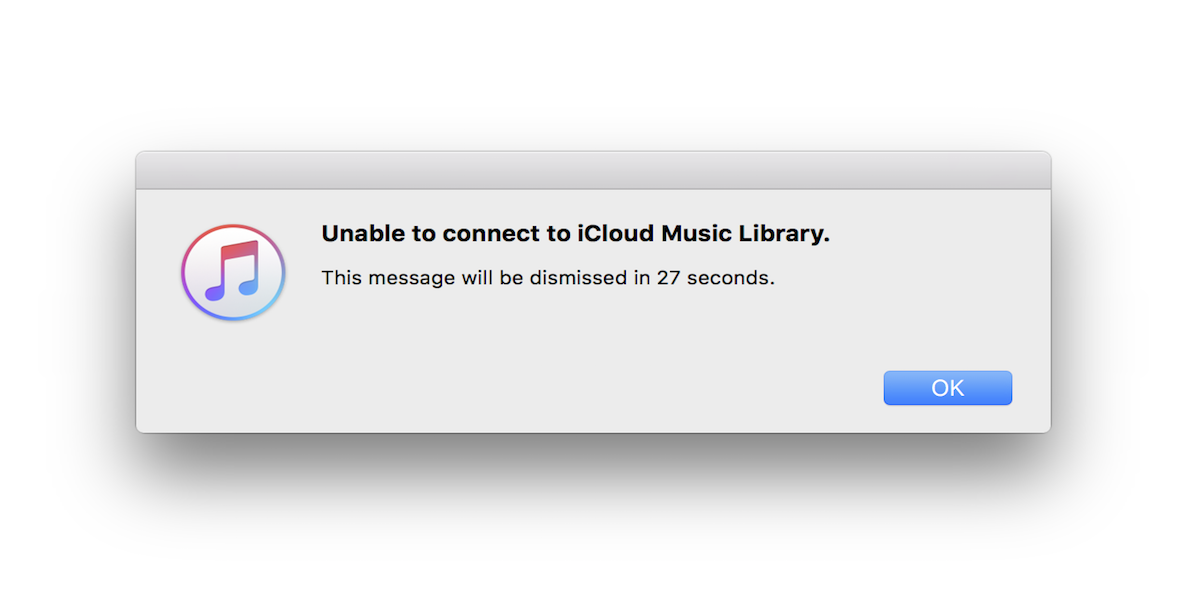 The iCloud Music Library feature ensures a user’s music library stays in sync across supported devices, including iPhone, iPad, or iPod touch, Mac, or PC, meaning users could find some of their content inaccessible while the service is down.

An increasing number of users worldwide report not being able to access the feature following today’s release of iTunes 12.5.1 with the following error message continually appearing as the service attempts to connect:

Users on earlier versions of iTunes are also experiencing the error.

Apple released iTunes 12.5.1 earlier today introducing a redesign for Apple Music that it first showed off during its unveiling of macOS Sierra earlier this year. The public release of macOS Sierra will debut on September 20, but other Mac OS X and Windows users get the update today to accompany the iOS 10 and iPhone 7 launch this week.

Apple is experiencing similar issues with its release of iOS 10 today as a significant number of users report failed updates causing inoperable devices or devices requiring a restore using iTunes.