iPhone 7 outlasts Galaxy S7 in 35-feet of water, gets dropped from a helicopter [Video] 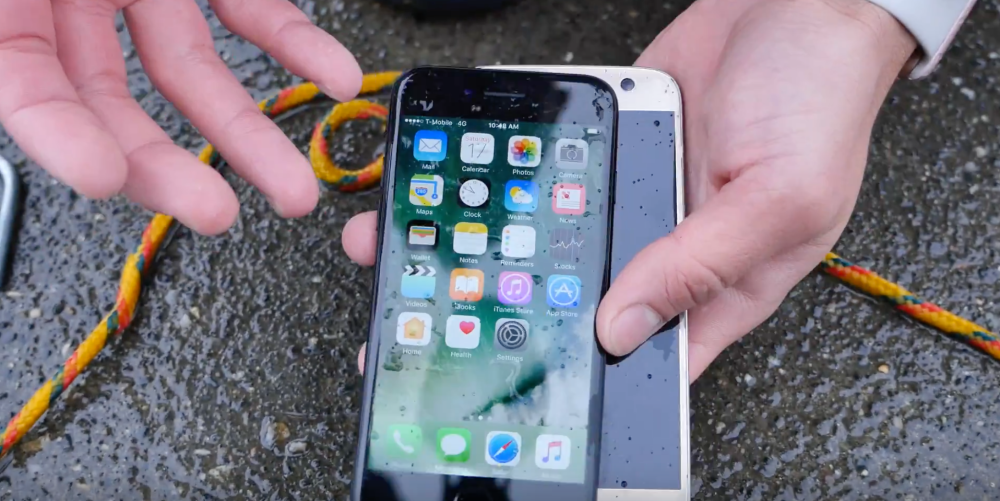 Earlier today, we shared a pair of durability tests performed with the new iPhone 7. These tests showed that Apple has improved the endurance of the new device compared to the iPhone 6s. Now, EverythingApplePro has conducted a deep water test to see just how far the new iPhone 7 can be submerged in water before it bites the dust, while another video shows the device being dropped from a helicopter. And the results are impressive…

The iPhone 7 and iPhone 7 Plus are both IP67 certified for water, dust, and slash resistance. Under this certification, the devices are able to survive being submerged in up to 1 meter of water (about 3.28 feet) for up to 30 minutes. In this deep water test video, the iPhone 7 is compared to the Galaxy S7, which carries the IP68 certification. The difference between IP67 and 68 below.

In the deep water test video, the iPhone 7 and Galaxy S7 are both dropped at increasingly deep increments. The first step of the test drops the devices down 5 feet, which already exceeds the 3.28 feet rating both phones are rated for. Nevertheless, both devices emerge from the water without any damage. From there, the devices are dropped at deeper intervals. The first signs of damage come when both phones are tossed 30 feet deep into the water. 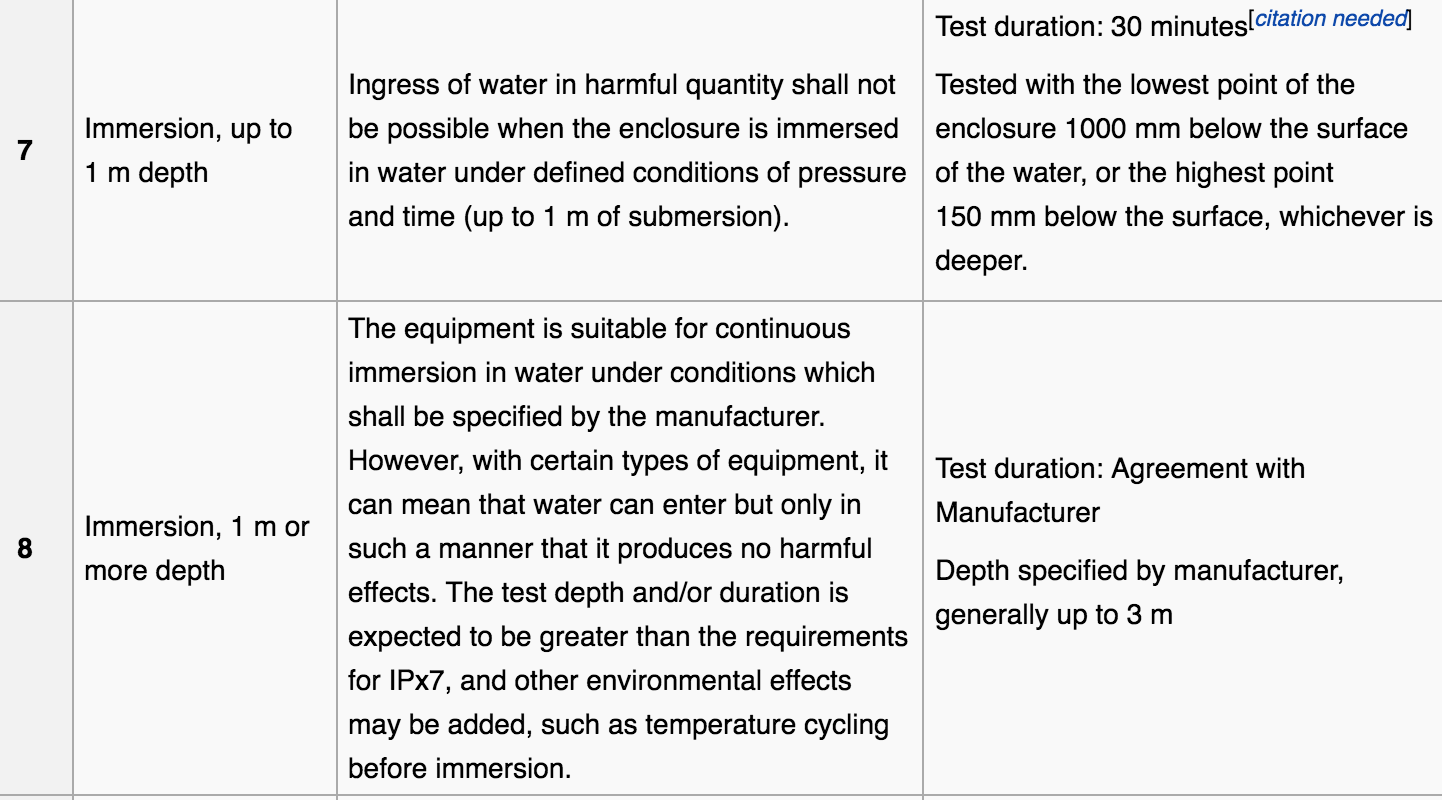 When pulled out of the water after being submerged at 30 feet for 5 minutes, the Galaxy S7 is rebooting for an unknown reason, the iPhone 7’s new capacitive Home button is freaking out. In the end, the Galaxy S7 powers on and is functional, so both devices are tossed 35 feet into the water.

After 5 minutes at 35 feet, however, the Galaxy S7 doesn’t fare too well. After coming back from the water, the device’s display does not power on at all. Though, there are some signs of life. The camera flash keeps going off and the blue LED indicator on the front of the device lights up. Nevertheless, the display does not work.

On the other hand, the iPhone 7 is still powered up as normal. For the first time, however, there is some notable water damage under the bottom half of the display. The touch screen still works perfectly, though, despite the visual damage. The new capacitive Home button still works after the test, though it’s far more sensitive than it’s supposed to be. All in all, the iPhone 7 still functions relatively well.

Tests like these should always be taken with a grain of salt. Obviously with something like this, your mileage may vary and these videos don’t always show that everything is truly functional. For instance, this video doesn’t test the speakers, Lightning port, and cameras. Despite this, it’s reassuring to see that Apple was seemingly conservative with the IP67 rating. Under promising and over delivering has always been a goal of Apple’s.

The other direction: up.

In a separate video from Callux, the iPhone 7 is dropped from a helicopter. After this drop, the device is still functional, although there are some visual damages, including a cracked screen and other scrapes and scratches. Still, that’s pretty impressive

Check out both videos below…all of this while some of us (me) are still waiting for our iPhone 7 preorders to ship….

Update: A previous version of this story incorrectly delineated the difference between IP 67 and IP68