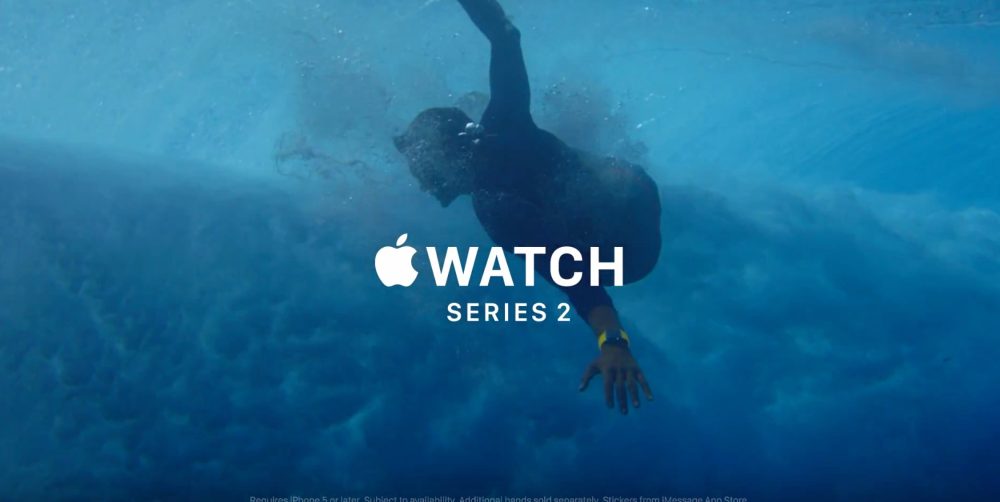 Following an earlier ad to build launch day hype for the new iPhone 7, Apple today has released a pair of new ads for its latest smartphone, as well as a new ad for the Apple Watch Series 2.  For the iPhone 7, the two new TV advertisements focus on the water-resistant capabilities of the device, as well as the camera’s improved low-light functionality. The new Apple Wath Series 2 ad continues Apple’s fitness push…

The first iPhone 7 ad is called “Morning Ride” and features a biker using the device for mapping during an early morning ride through the rain. The ad comes in at 30-seconds and shows of the new matte black color option.

The second ad is called “Midnight” and depicts an iPhone 7 Plus user going out late at night to take advantage of the new dual-camera system on the device. The water-resistant design is highlighted yet again in this one, with some of the images being taken in the rain. “Midnight” comes in at 1-minute long and showcases the new, hard to find Jet Black color option.

Finally, today’s new Apple Watch Series 2 ad, “Go Time,” continues Apple fitness push. The improved waterproofing is shown off, as is the new Workout option for swimming. The Watch’s new GPS is also put to use in the ad, while new dual-core processor is also touted in the video’s description. The “Go Time” ad is a 1-minute long spot.

Apple Watch Series 2 is designed for all the ways you like to move. With Built-in GPS, Water resistance up to 50 meters, and a super fast Dual-Core processor, it will inspire and motivate you every step, stretch, jump and pedal of the way.

All three of today’s new advertisements can be seen below. Let us know what you think of them (and if you’re liking your new Apple products) in the comments below.