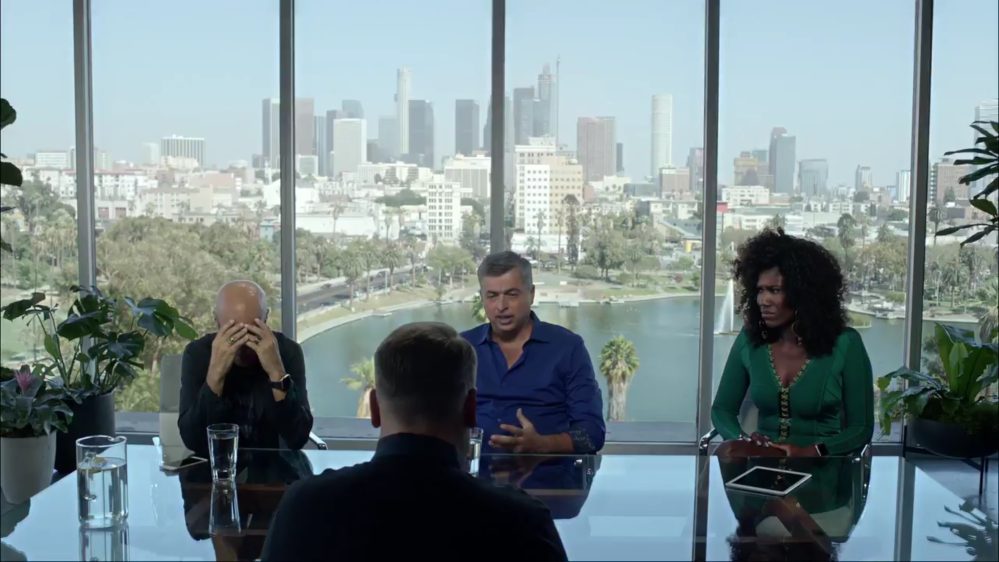 Debuted during the Emmys and subsequently uploaded to YouTube, Apple’s latest Apple Music commercial takes a starkly different approach at showing off the streaming music service. The ad, which comes in at 2 minutes, stars James Corden of the Late Late Show and its popular Carpool Karaoke series, as well as Apple executives Jimmy Iovine, Eddy Cue, and Bozoma Saint John.

Instead of being focused entirely on the features of Apple Music, today’s new ad takes more of a humorous approach. The commercial depicts Corden pitching a variety of different ideas for an Apple Music commercial to the Apple executives. Corden starts by saying he could imitate a variety of artists, including the Spice Girls and Pharrell, who makes a cameo appearance.

Throughout the humor, though, various aspects of Apple Music are mentioned. Including the 40 million song catalog, the strong app, cross-platform support, and the three-month free trial available to all new users. The “For You” playlists are also mentioned, with Apple touting “hand-picked” playlists for users.

The best way to experience all the music you love—even offline. Over 40 million songs. Thousands of handpicked playlists. Exclusive music and video premieres. New members get three months free.

The ad takes an interesting, but likely effective, approach at showing off Apple Music. The inclusion of Cue, Boz, and Iovine is something that is very out of the ordinary for Apple, but the inclusion of Corden ties it all together nicely. Corden also recently recorded a brief Carpool Karaoke skit with Tim Cook for Apple’s “See on the 7th” event. Additionally, Apple will take a stab at riding on the success of Carpool Karaoke by releasing new episodes, produced by Corden, on Apple Music.

Take a look at Apple’s latest Apple Music ad with James Coden below. What do you think about it? Let us know in the comments…