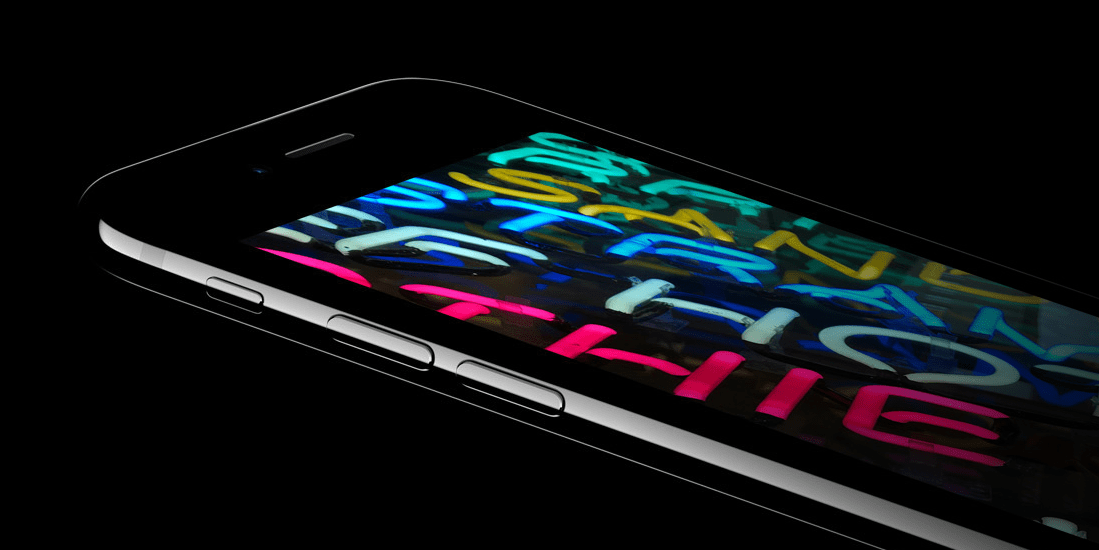 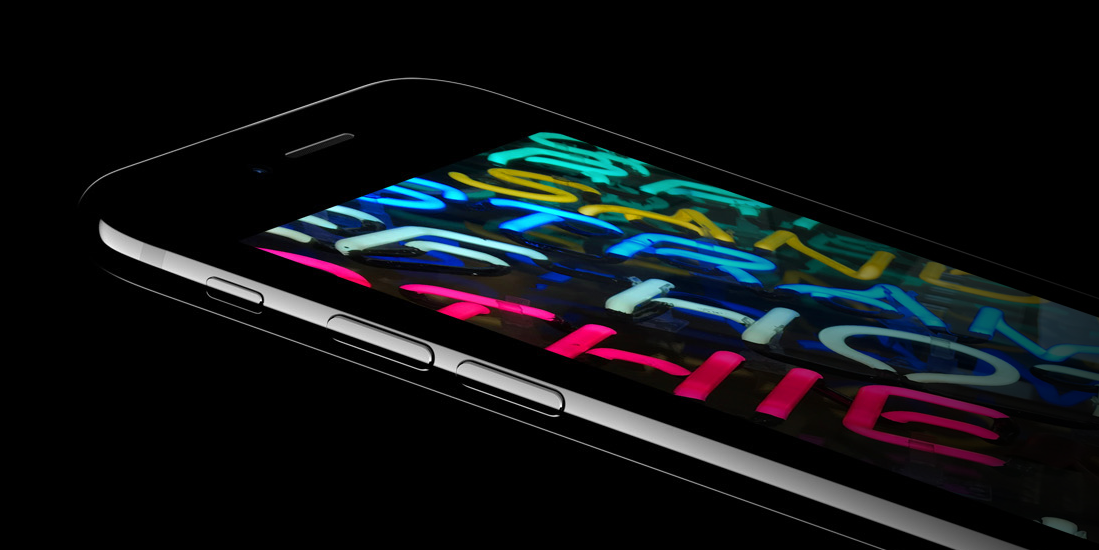 Apple made a point of noting that its new iPhone 7 display is its brightest iPhone display ever, and new in-depth analysis from DisplayMate shows it also breaks records in many other key areas making it one of the best performing displays it has ever tested.

The analysis found a record high contrast ratio for IPS LCD displays, record low screen reflectance for smartphones, and record color accuracy among all displays it has tested.

It also found that iPhone 7 had “the highest peak brightness for a smartphone” and “the smallest color variation with viewing angle.”

The iPhone 7 excels due to its record Absolute Color Accuracy (1.1 JNCD), which is Visually Indistinguishable from Perfect… So photos, videos, and online content and merchandise will appear correct and beautiful.

DisplayMate says the iPhone 7 display is seven percent more power efficient than iPhone 6 displays, which it notes is in spite of a much wider color gamut on iPhone 7. The new wide color gamut and record absolute color accuracy mean iPhone 7 is “Visually Indistinguishable From Perfect,” according to the report, and “very likely considerably better than any mobile display, monitor, TV or UHD TV that you have.”

In addition, the report examined the brighter display on iPhone 7, which Apple claimed was 25% brighter this year. It found that it measures even higher than Apple advertises (705 nits vs 625 nits), but that it doesn’t hit peak brightness unless automatic brightness is enabled. The display only takes full advantage of the brightness capabilities when needed in certain lighting conditions:

When Automatic Brightness is turned On, the iPhone 7 produces up to an impressive 705 cd/m2 (nits) in High Ambient Light, where high Brightness is really needed – the Highest Peak Brightness for a Smartphone for any Average Picture Level APL, including Full Screen White.

With record low screen reflectance and the improvements for ambient lightning conditions with the brighter display, you should see much better outdoor viewing performance as long as you have auto-brightness enabled.

You can view DisplayMate’s full in-depth analysis of the iPhone 7 display here. 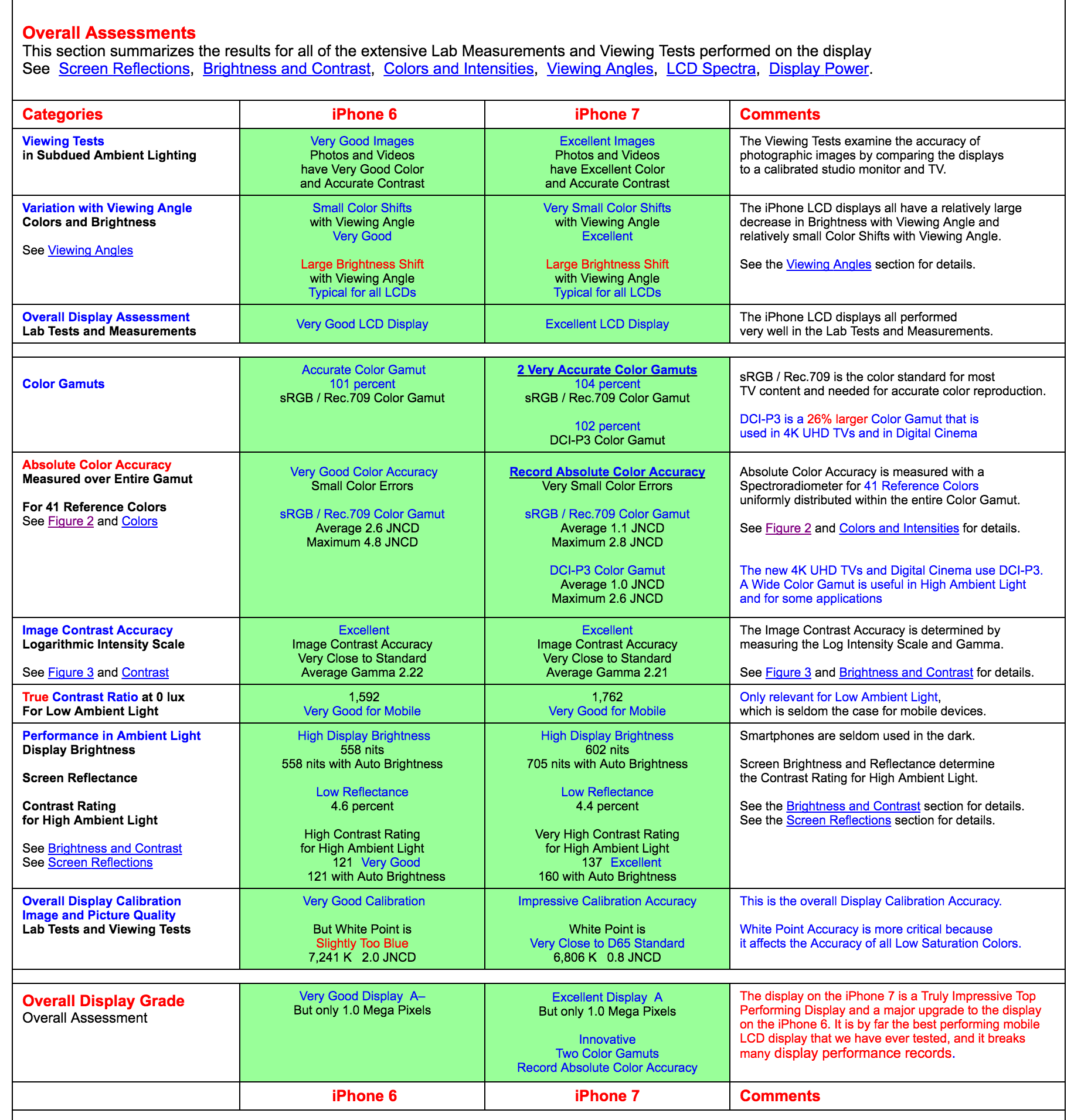