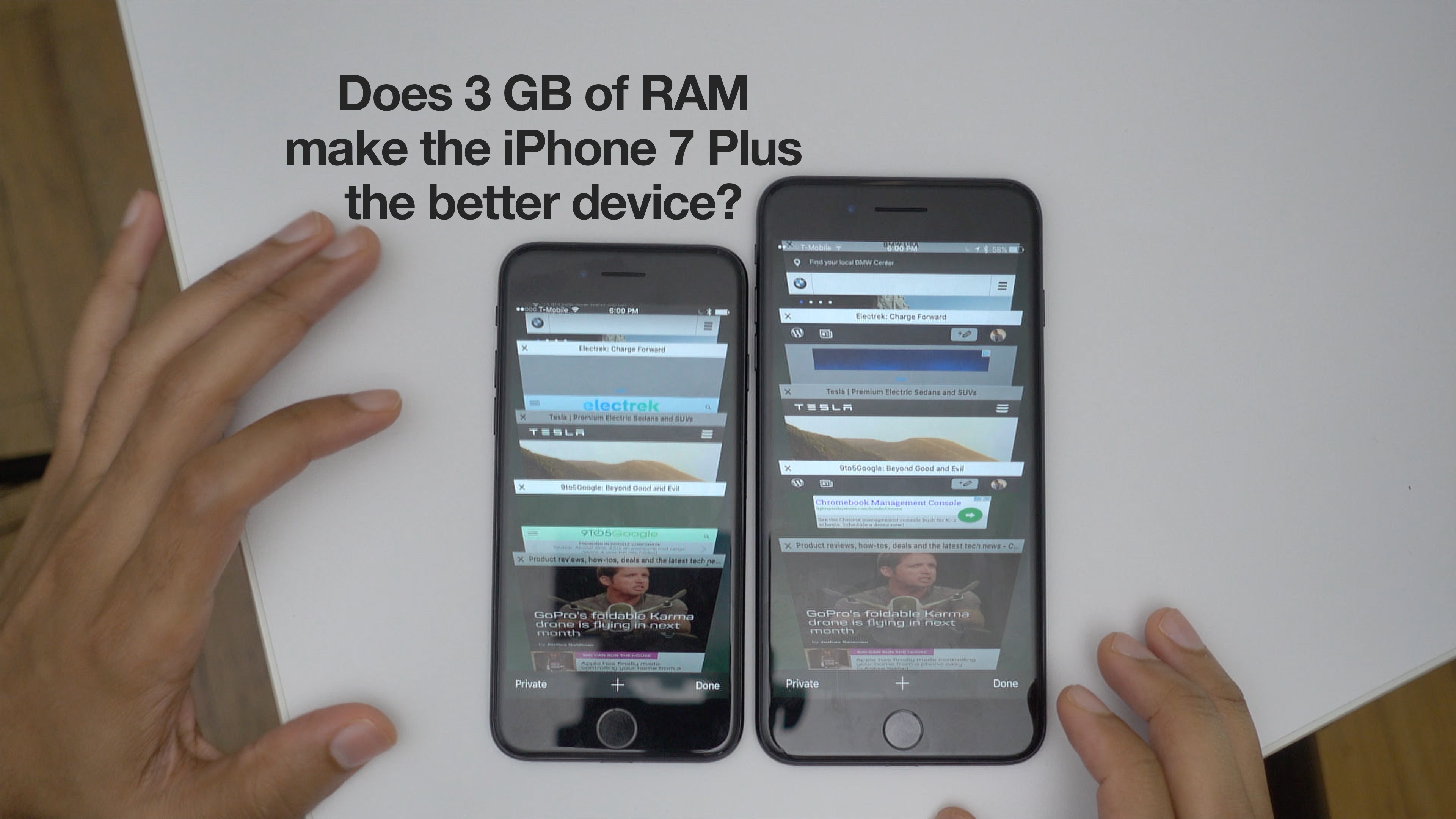 Apple never comments on the amount of RAM it adds to its mobile devices, but it’s now well-known that the iPhone 7 Plus, with its 3 GB of RAM, has the most memory of any iPhone ever. Only the 4 GB-equipped 12.9″ iPad Pro bests the iPhone 7 Plus in this regard.

It’s largely speculated that the added RAM is there to help out with image processing in concert with the iPhone 7 Plus’ iSight Duo camera. Of course, this is Apple, so many questions remain that will likely go unanswered, but it seems like a logical explanation.

The standard-sized iPhone 7 still has 2 GB of RAM, which, after the dramatic performance differences yielded the last time there was a big RAM increase, may make some people think twice about buying the smaller version. But after an admittedly unscientific test or two, the amount of RAM probably shouldn’t be the top item on your priority list.

As I’ve done in the past, I like to use Safari as a way to measure real world benefits of added RAM. For example, the iPhone SE’s 2 GB of RAM made a significant difference over the iPhone 5s’ 1 GB of RAM. But since reaching the 2 GB sweet spot, the differences between 2 GB of RAM and 3 or 4 GB of RAM don’t seem nearly as dramatic.

Granted, Safari is only one of the apps that will benefit from the additional RAM, but loading a bunch of Safari tabs is a quick and dirty way to illustrate the benefits of having enough memory.

In the following video, I loaded up two-dozen Safari tabs on the iPhone 7 and iPhone 7 Plus, and stepped back through each tab in reverse order to see how long it would be before pages began to reload due to no longer being stored in RAM.

You may or may not be surprised that the results of our unscientific test was nearly the same on both devices. If there was a difference, it was negligible, and certainly wasn’t big enough to warrant purchasing one device over another based on RAM amounts alone. 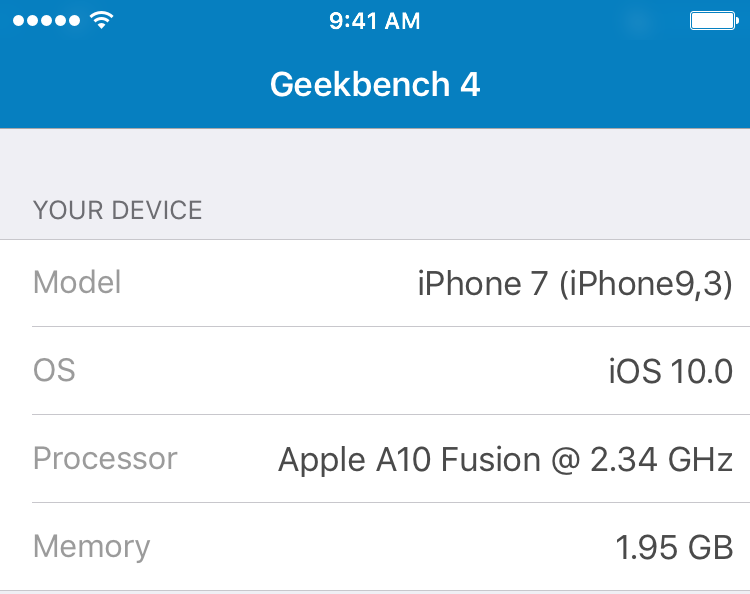 Yes, the 3 GB of RAM available in the iPhone 7 Plus matters, else you can be sure that Apple would have provided it with only 2 GB of RAM. It matters, but it matters in the context of the iPhone 7 Plus, and the things it does, not necessarily in comparison with the iPhone 7. 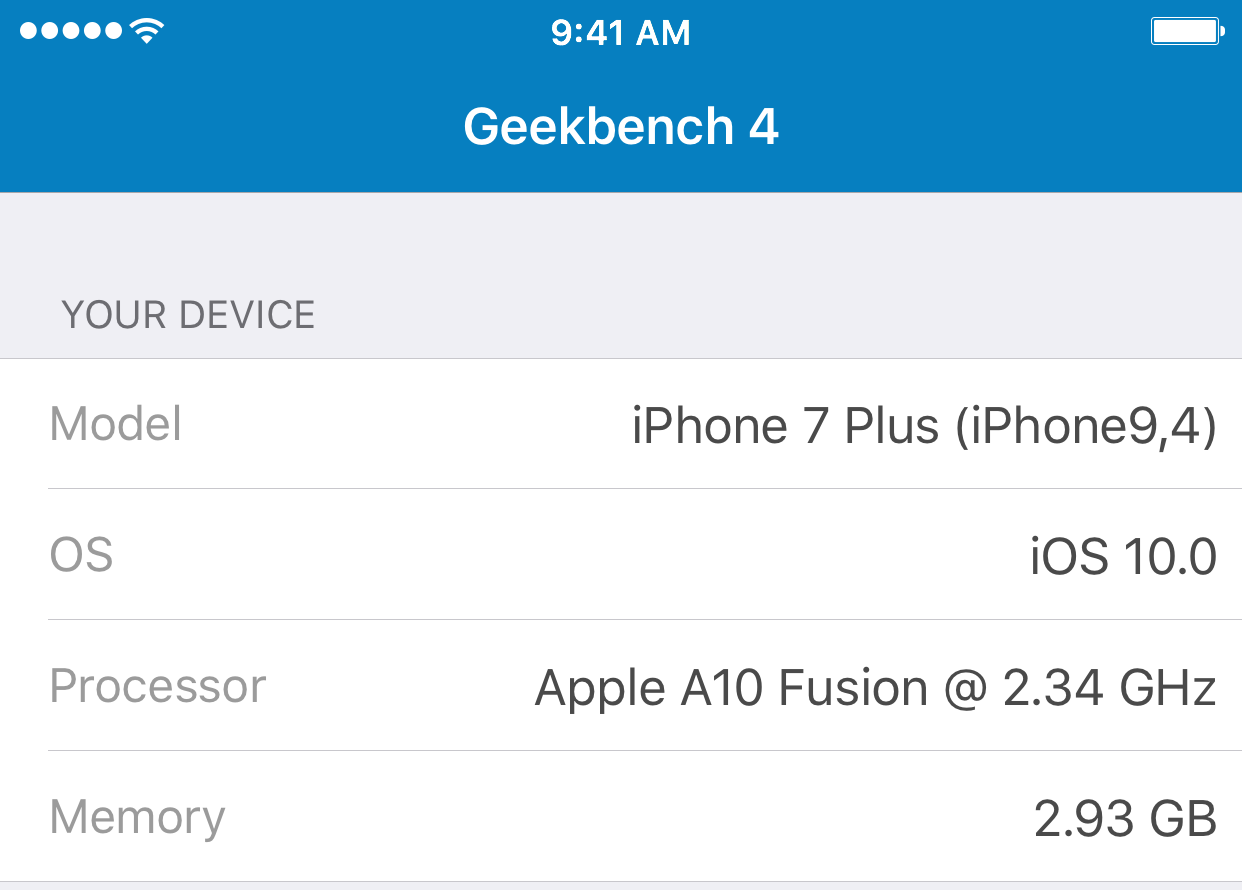 To make a long story short, there are definite reasons why you may want to choose the iPhone 7 Plus over the Phone 7, but RAM doesn’t appear to be enough of a differentiating factor to be one of them.

For more info about the just-launched smartphones, be sure to have a look at our hands-on video that discusses the iPhone 7 and iPhone 7 Plus in detail: