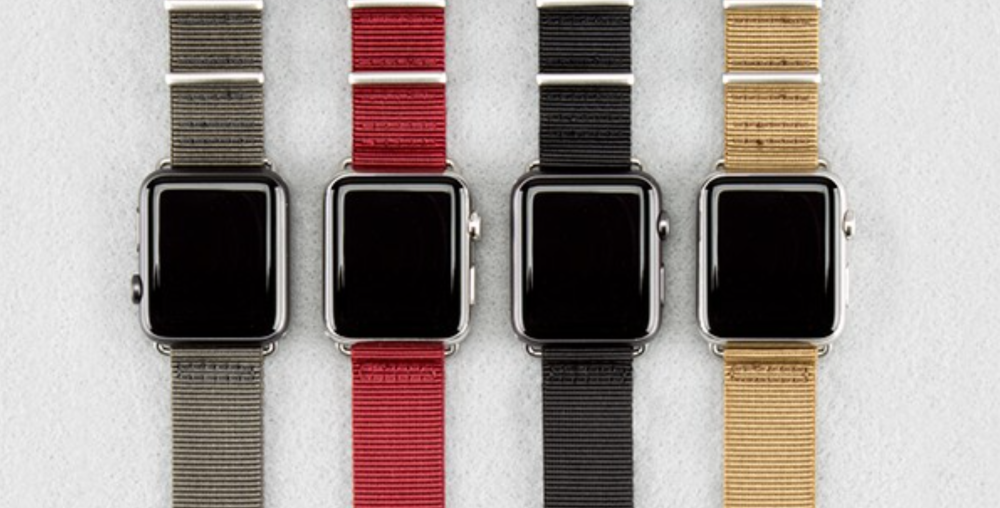 Incase’s new bands are all either in the nylon NATO style, similar to Apple’s own nylon offerings and other third-party options like what we went hands-on with earlier this year, or leather. The nylon Apple Watch bands are available in four different colors: black, anthracite, deep red, and blonde. As expected, they come in 38mm and 42mm sizes, as well. In terms of pricing, Incase’s nylon bands cost $39.95, which is less than Apple’s own nylon offering.

Belkin today announced its first Apple Watch band, though it’s still listed as coming soon. Belkin’s offering is made of leather and is available in black, gray, and tan. Keeping with the trend, the bands come in at $59.99.

We reported earlier this year that Apple was working with some third-party manufacturers on Apple Watch bands, including Incase. It’s unclear, however, if Apple had a say in these bands or if it will pick them up for selling in its own retail stores. Currently, Apple only sells its in-house bands and Hermès bands, but given that the company sells third-party iPhone accessories, we wouldn’t be surprised to see third-party Apple Watch bands make their way to retail stores. The only difference with bands, however, is that there are more SKUs to keep up with.