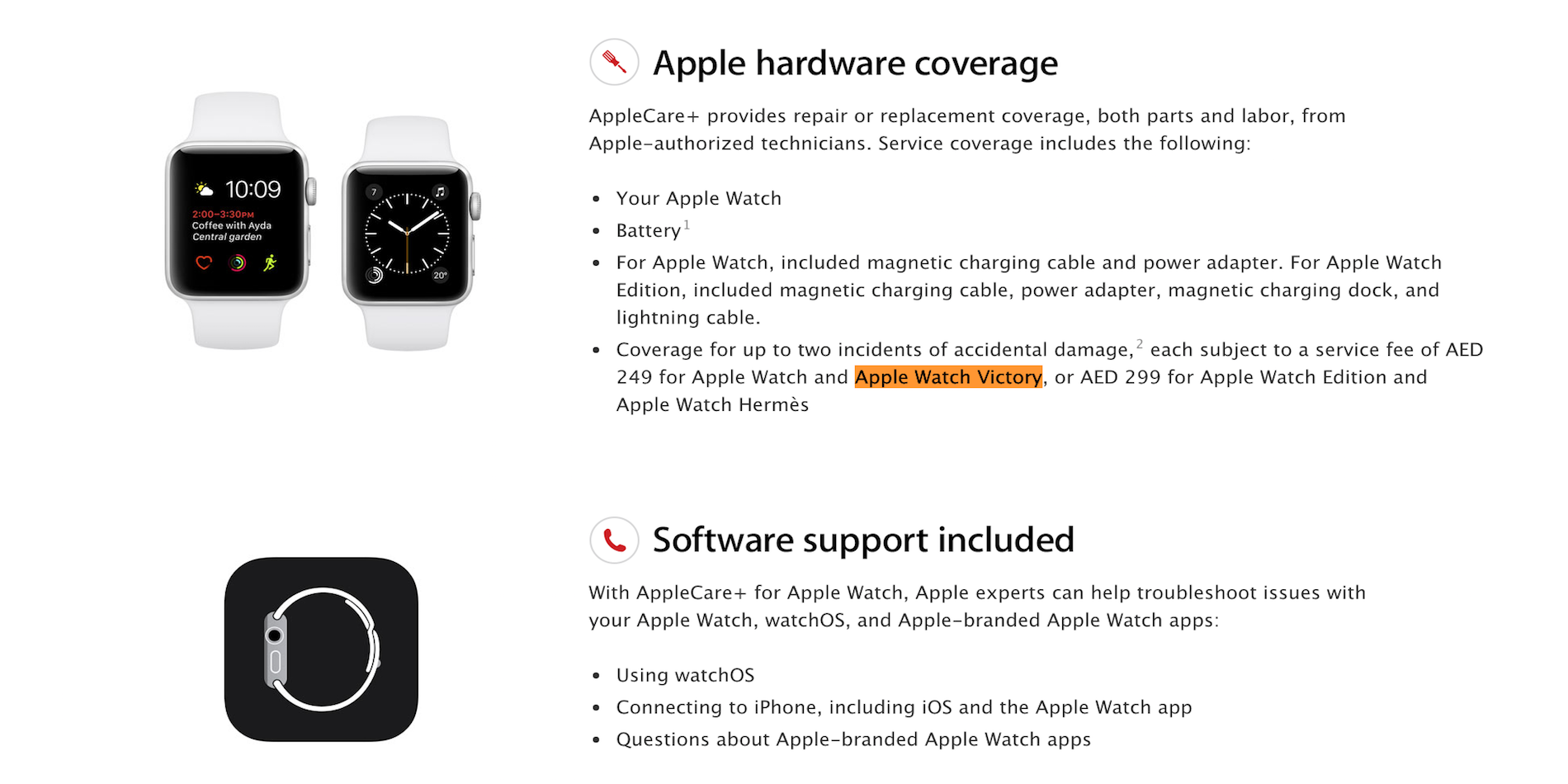 After some digging, it seems Apple’s website for some countries lists the “Apple Watch Nike+” model in place of where the “Nike Watch Victory” name appears for others. On its webpage for AppleCare plans in the United Arab Emirates (pictured above), for example, Apple lists the “Apple Watch Victory” under hardware coverage, while on its Canadian page it has the known Apple Watch Nike+ model in that paragraph. The “Victory” name also of course aligns nicely with Nike’s branding, with Nike being the goddess of Victory and Nike itself already using “Victory” branding for many of its own products.

The new Apple Watch Series 2 models, which feature a GPS chip for standalone fitness features and enhanced waterproofing, first launched in September alongside the iPhone 7 and 7 Plus. The new Nike+ Apple Watch model, however, will go on sale in the US and elsewhere later this month starting October 28.

We went hands-on earlier this month with Apple Watch Nike+, showing off the unique watch faces, perforated sport band, and other features that make the special edition model differ from the rest of the Series 2 Apple Watch line:

While there is still a possibility that ‘Apple Watch Victory’ is a product Apple has yet to reveal, if our theory is right, it’s likely just a rare look at a product name Apple considered but that ultimately didn’t make the cut. If that’s the case, we’d expect Apple will soon remove the text from its website and likely replace it with the Nike+ branding.

Update: Apple removed mention of “Nike Watch Victory” on its website and replaced it with Apple Watch Nike+, seemingly confirming our theory.