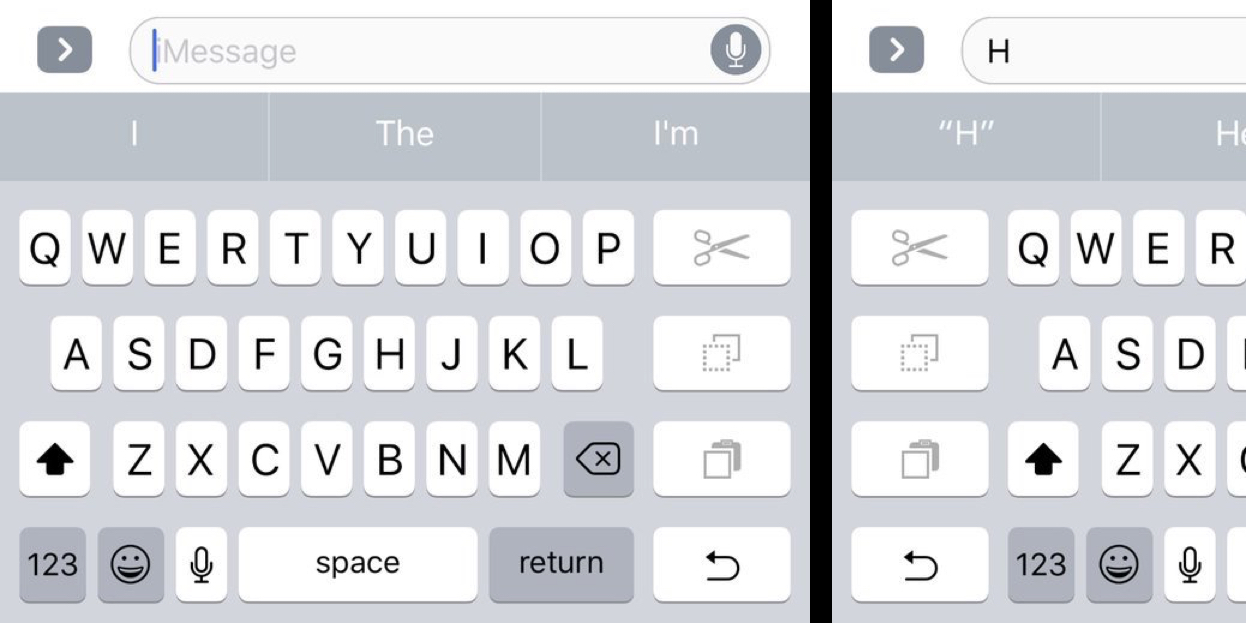 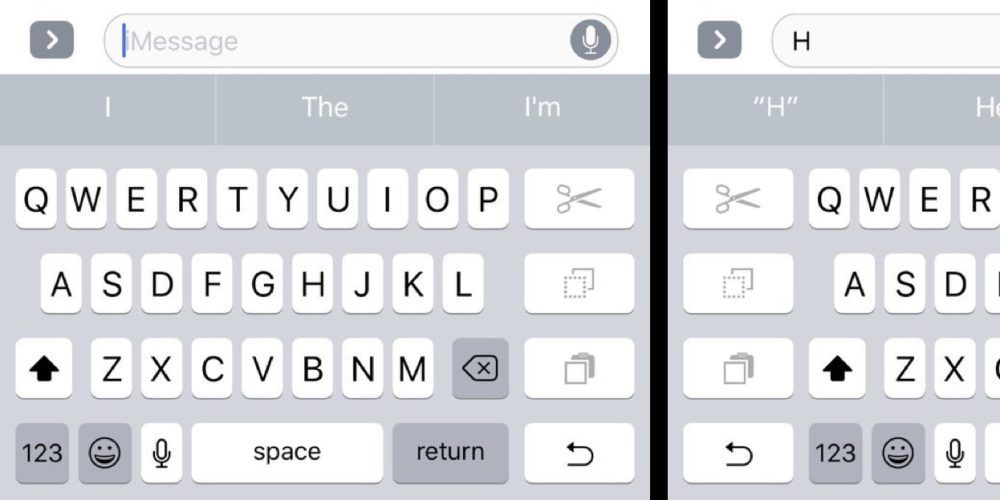 Prolific Apple hacker/developer Steve Troughton-Smith last night posted on Twitter that he has found a one-handed mode for the iPhone keyboard, hacking the iOS Simulator to demo the unreleased feature as shown above. The code has apparently been in the system since iOS 8 but is yet to be released as a public-facing feature.

The one-handed keyboard mode is activated by an edge swipe on the keys, revealing a sidebar of cut/copy/paste controls and squishing the other keys down to the side. This would make it much easier for the user to stretch their thumb across the entire width of the alphabet keys, improving one-handed use on larger iPhones.

Inside iOS code since iOS 8 implies that Apple was testing the feature alongside the development of the iPhone 6 and iPhone 6 Plus, which introduced dramatically larger 4.7 inch and 5.5 inch screens to the iPhone lineup back in 2014. Obviously, the feature was not considered that important as it is yet to ship.

iOS code includes a lot of disabled work-in-progress stuff but the one-handed keyboard seems to be in an almost final form (the animation could use some work, granted). The user can swipe from either the left or right edge to reveal the sidebar at either side of the screen, so that the feature is compatible with both left-handed and right-handed use.

Steve Troughton Smith recorded a video of the hacked iOS Simulator to demo the feature. In theory, this same interface could be exposed on a jailbroken iPhone today.

Video or it didn't happen: (very hard to engage in the Simulator with a mouse cursor) pic.twitter.com/vw2wpCgiLJ

What Apple shipped with iOS 8 to assist with one-handed use of the larger displays was Reachability; a double-tap on the home button pulls down the screen vertically to bring UI elements at the top closer to the bottom. Reachability does not reduce the need to stretch across the horizontal distance, though, which is exactly what this one-handed keyboard mode would be targeting.

Whether the one-handed keyboard is released as an official feature of the iPhone is anyone’s guess. Having been left unused and dormant since iOS 8 would suggest the feature has been shelved but there’s no definitive answer. Apple tests many features internally across multiple years before deciding what to do. It could randomly be a part of iOS 11!

It’s also worth noting that an ‘equivalent’ feature for iPad, Split Keyboard, has not been implemented for Apple’s newest tablet form factor, namely the 12.9 inch iPad Pro. Apple’s improvements to the keyboard in iOS 10 focused on improving QuickType suggestions.