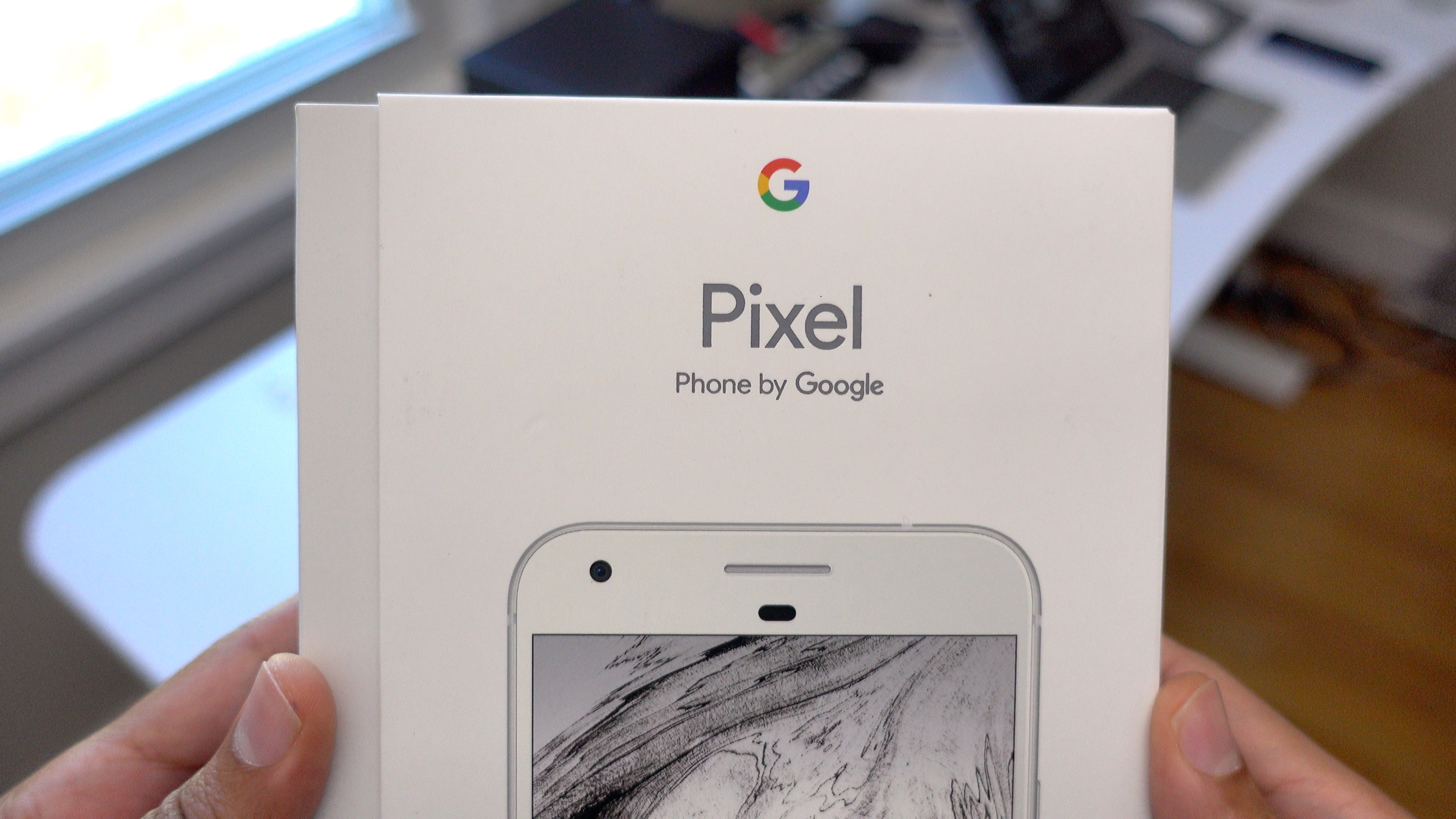 Google’s new flagship Pixel XL phone landed in my hands early Monday morning, and I’ve been taking it for a test drive ever since. I’m obviously someone who prefers Apple devices over Google devices, but this phone is so fascinating that I just had to try it.

I should note that this isn’t a review — if you want a review you should definitely check out Stephen’s review over at 9to5Google — these are first impressions from an iPhone fan. Considering that the Pixel is the first real Google-branded smartphone, one that’s obviously meant to go toe-to-toe with Apple’s best offerings, I felt obligated to try it out. Here’s a brief look at a dozen of my initial thoughts.

This is perhaps the Pixel’s most compelling feature: the ability to snap unlimited photos and videos, and simply not have to worry about cloud storage. As an iPhone user, iCloud Storage, or lack thereof, has to be one of the most frustrating elements of being in the iOS ecosystem. Google solves this issue by providing Pixel owners with unlimited cloud storage for photos and videos in full resolution. Apple could definitely learn something from Google’s approach here. 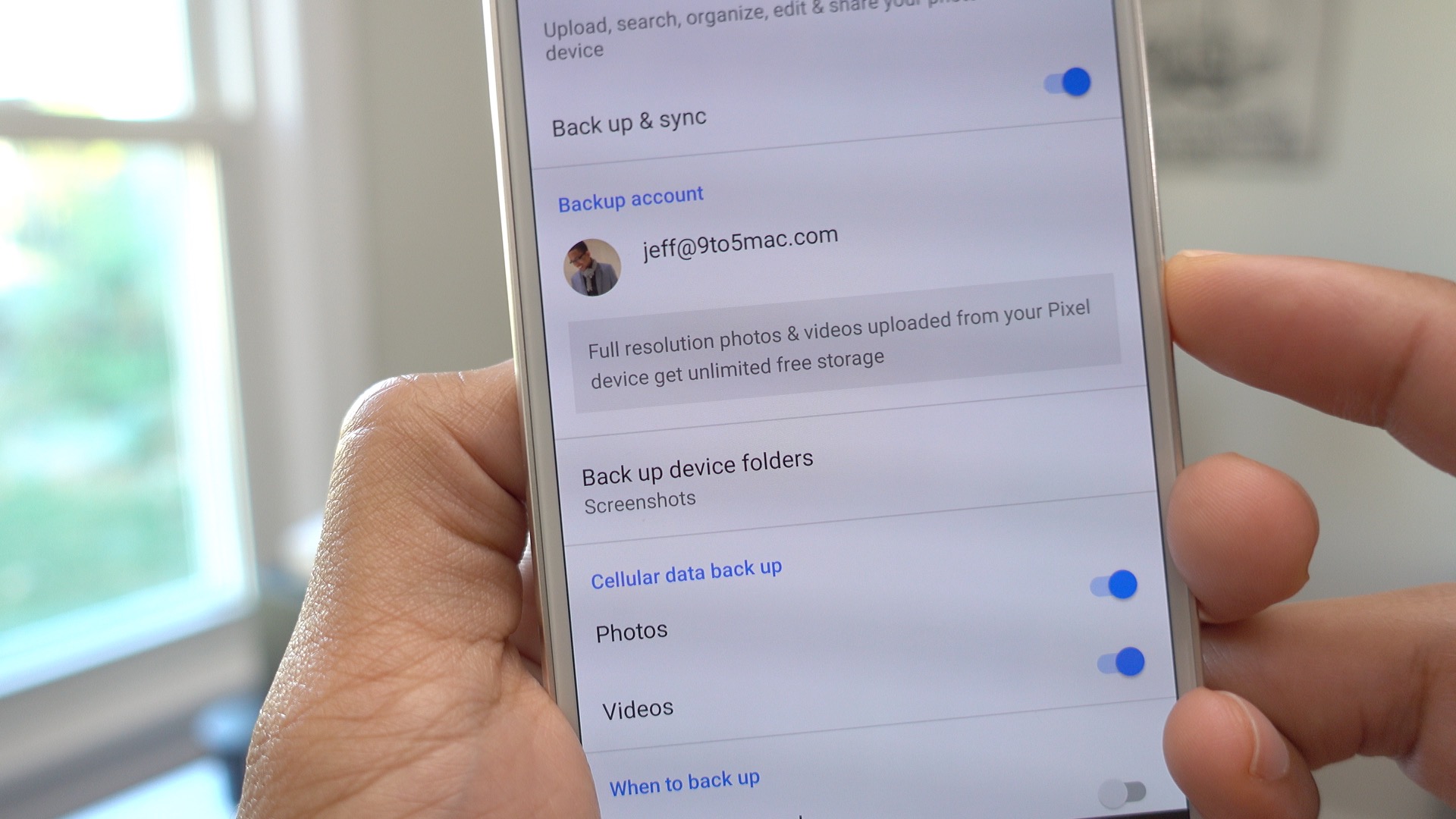 As an iPhone user, the concept of pre-installed bloatware is completely foreign (unless you count something like the Tips app), but people coming from Samsung phones and other Android OEMs will be happy to find a bloatware-free experience out of the box.

The Pixel is as pure of an Android experience that one can come by, it’s running the latest version of Android Nougat, and will get a guaranteed two years of software updates and three years of security updates. If you’re looking for a Google touchstone device to compare to the iPhone, this is it. The Pixel is essentially Google’s “iPhone.” 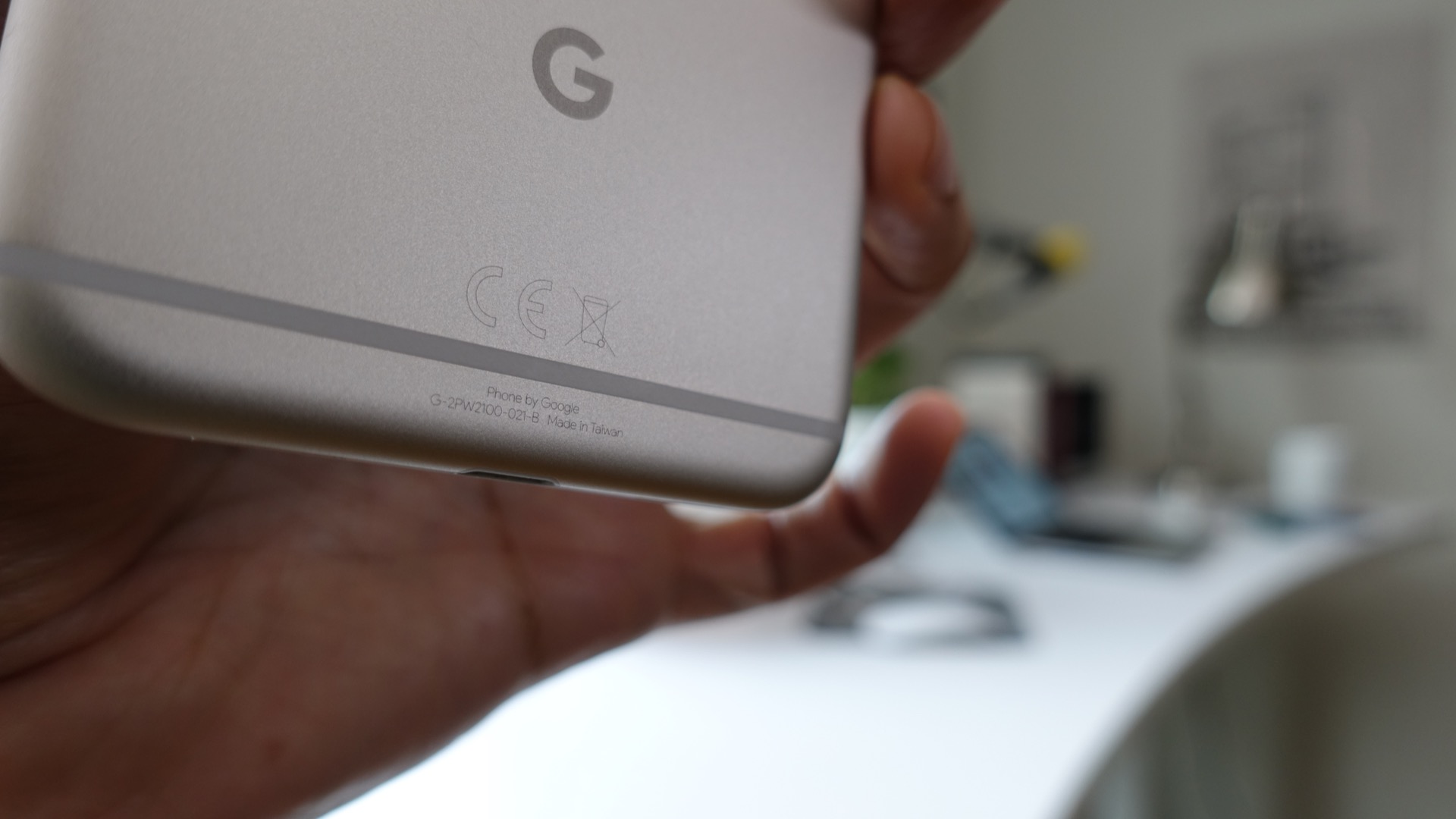 If the Pixel is Google’s iPhone, then Google Assistant is the MountainView company’s version of Siri. Backed by Google’s impressive machine learning, it’s fast, capable, and can do most of what Siri can do — sometimes more. 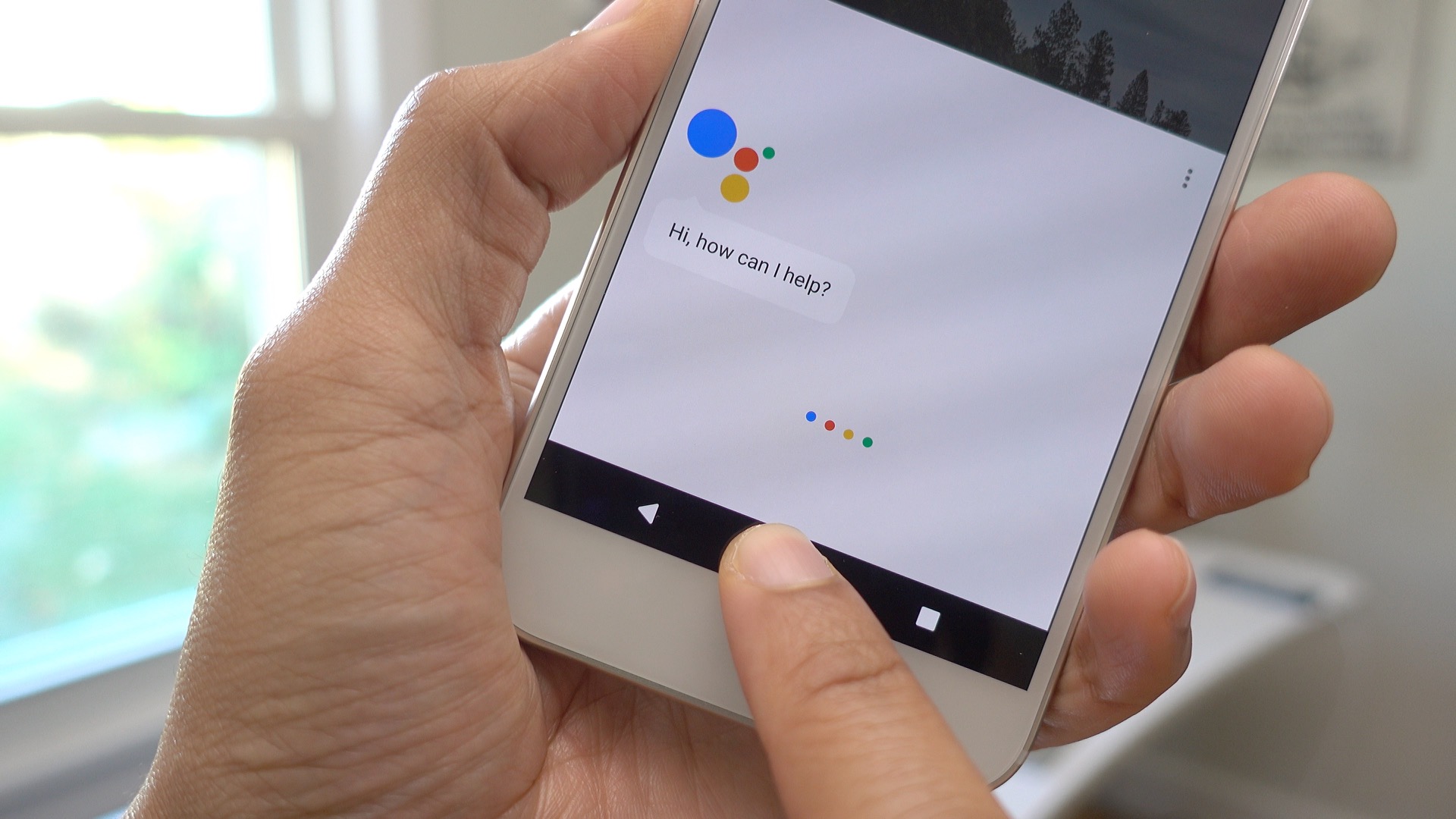 Stephen from 9to5Google summed it up well in his Pixel review:

Think Apple’s Siri, but Assistant — in my experience — has far better word recognition and accuracy. And of course Google Assistant is powered by Google, so it has access to all kinds of information that Siri might not be able to grab for you.

I definitely agree about the word recognition and accuracy. In my opinion, it’s what sets Google Assistant apart from Siri.

Apple still ships its iPhones with wimpy 5w chargers that just barely get the job done. Google, on the other hand, ships the Pixel with an 18W charger, and features fast charging that will deliver a considerable amount of battery life in just 15 minutes. 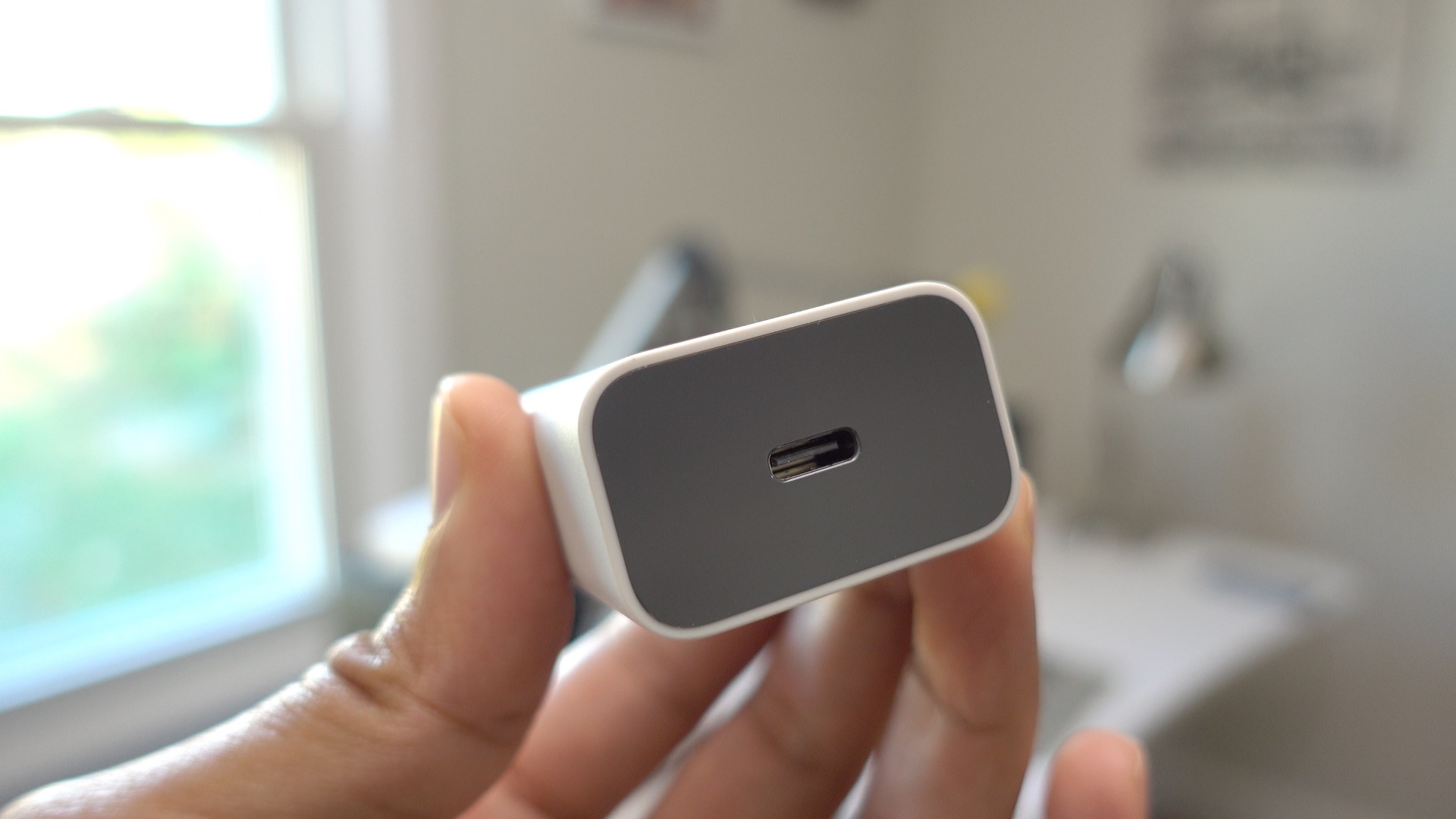 The 5.5″ iPhone 7 Plus ships with a 2,900 mAh battery, while the 5.5″ Pixel XL comes with a substantially bigger 3,450 mAh battery. The smaller iPhone and Pixel feature 1,960 and 2,770 mAh batteries respectively. That means that the smaller Pixel has almost as much battery capacity as the larger iPhone 7 Plus, with just a 130 mAh difference.

Although the iPhone 7 Plus’ LCD screen is really good for an LCD display when it comes to contrast ratio, it still can’t compete with the inky black levels made possible by AMOLED displays. That said, the iPhone 7 display is brighter and is easier to read in direct sunlight.

The Pixel features a higher resolution QHD display, but you’re probably not going to notice a difference between it and the iPhone 7 Plus’ Full HD display when used as a phone. When used in Google’s upcoming Daydream View VR headset, however, the extra resolution will pay dividends.

Photos taken with the Pixel in well-lit environments look great and feature deep color saturation. The Pixel lacks OIS, but tries to make up for it with the so-called Electronic Image Stabilization for video. I found that EIS does a surprisingly good job of keeping 4K video nice and steady. 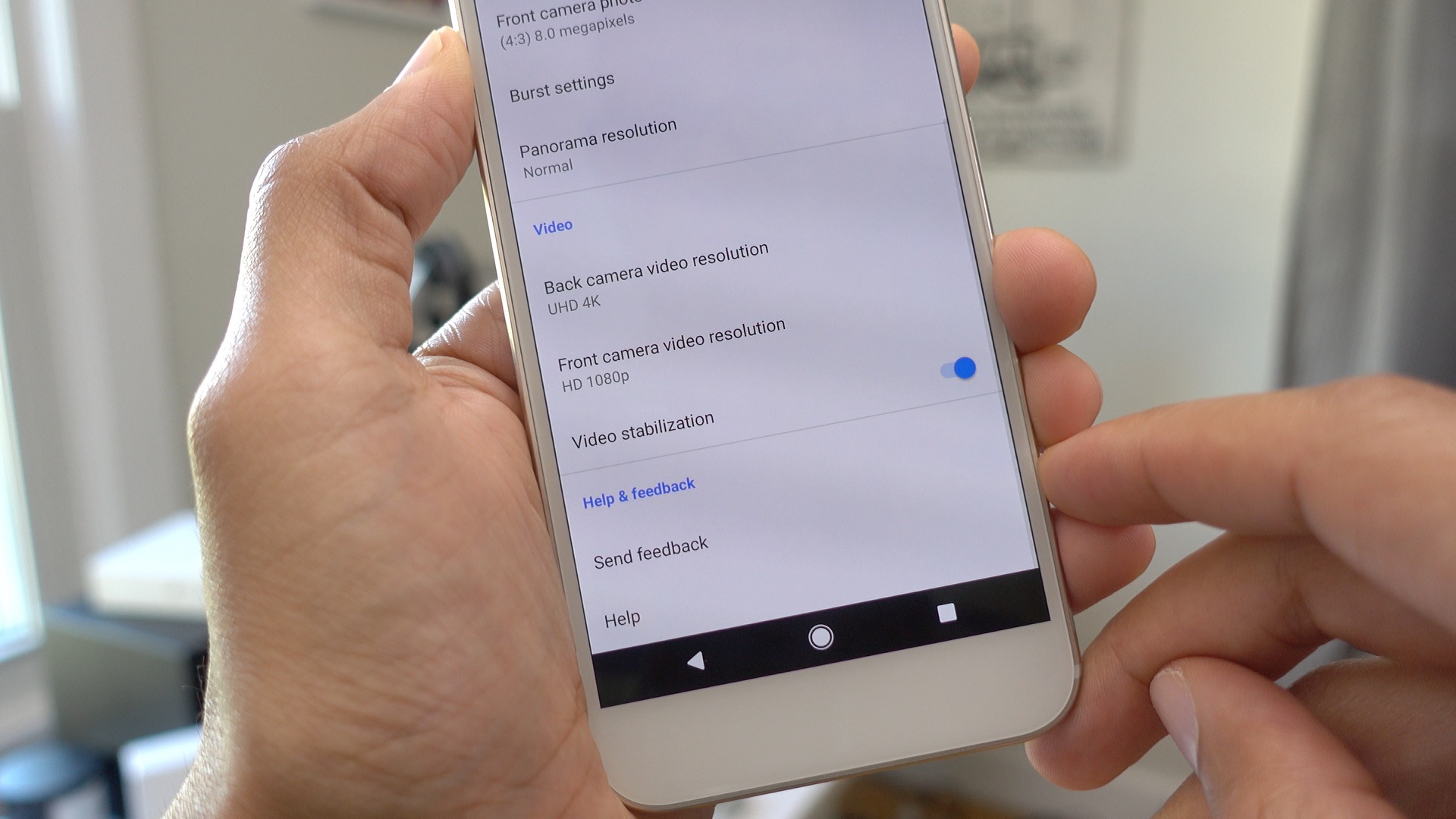 One of the most impressive aspects of the Pixel’s camera is its autofocus capability. The Pixel’s autofocus is absurdly quick, and this is an area where I feel the iPhone can still stand to make some improvements.

In most cases, however, the photo and video experience was stellar for both devices. It’s easy to forget that you’re getting this level of photographic quality from a smartphone.

Although you won’t find any HTC markings on the phone’s box, packaging or exterior, the Pixel is a product of the Taiwanese company that has been branded as a “Phone by Google,” 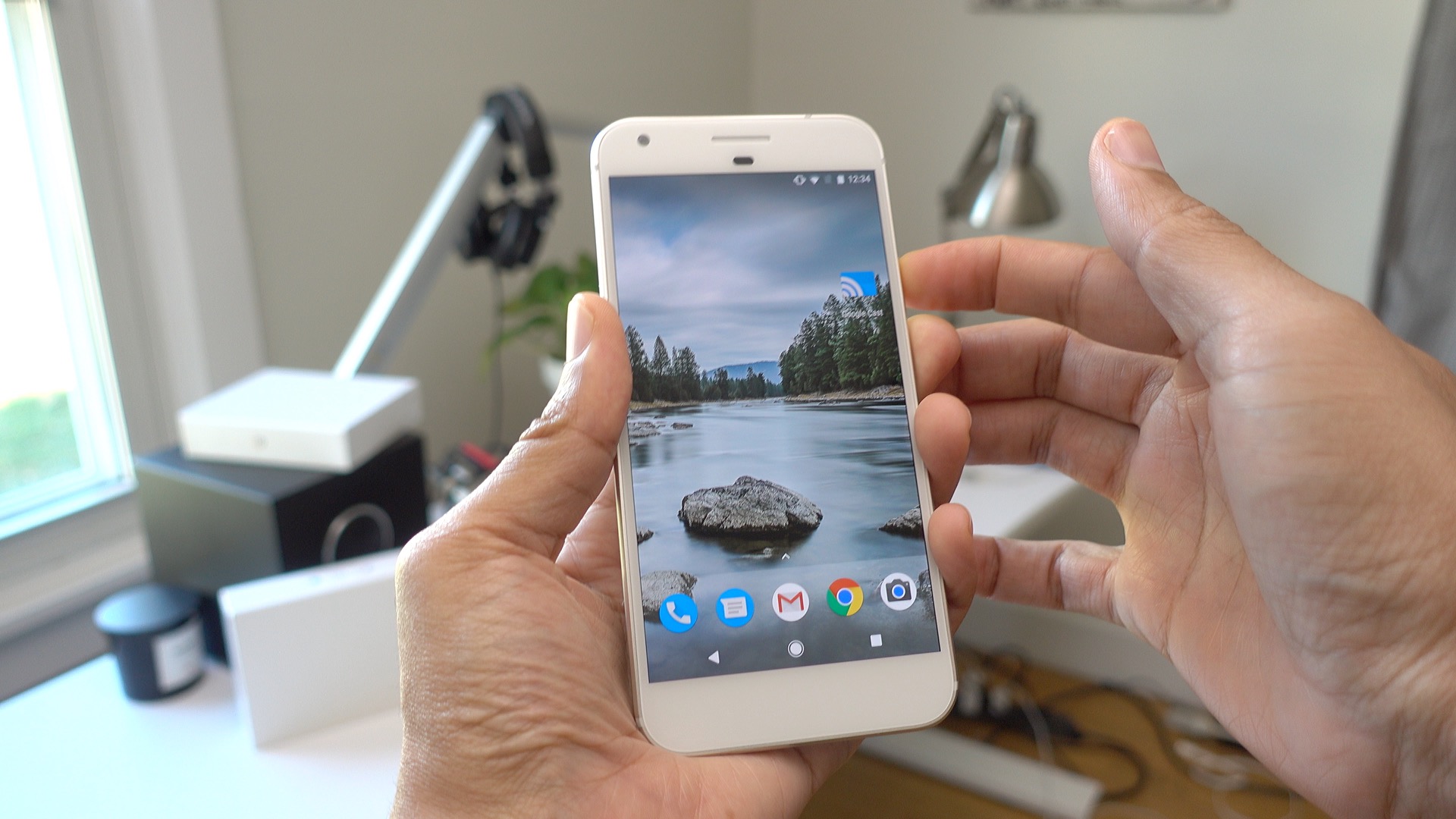 If you’ve ever used an HTC 10, then there are some definite design cues that clue you in to the fact that the Pixel is made by HTC. The subtle chamfered edges on the front of the phone are a big giveaway, but other features, like the textured power button pay homage to classic HTC design. 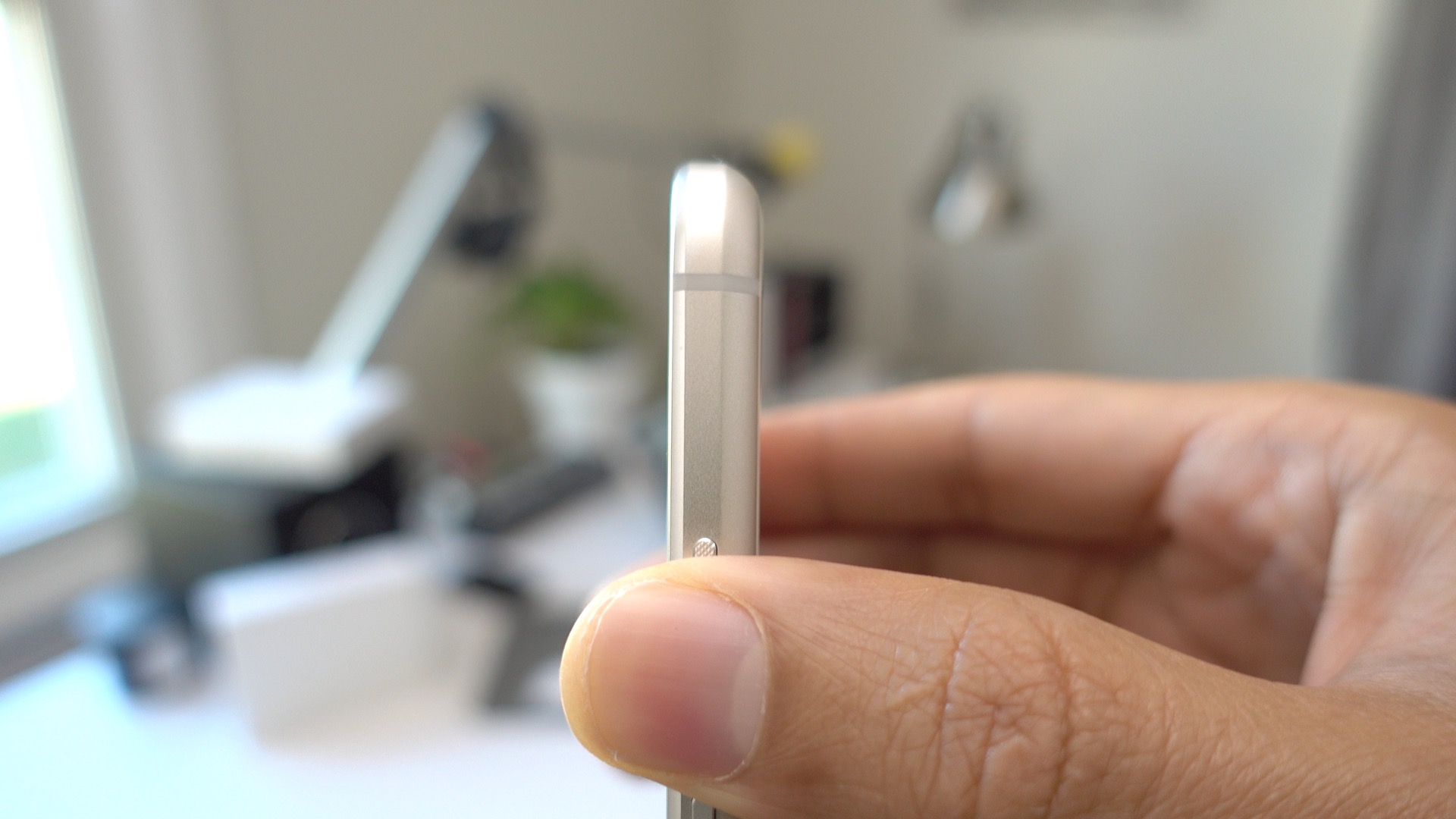 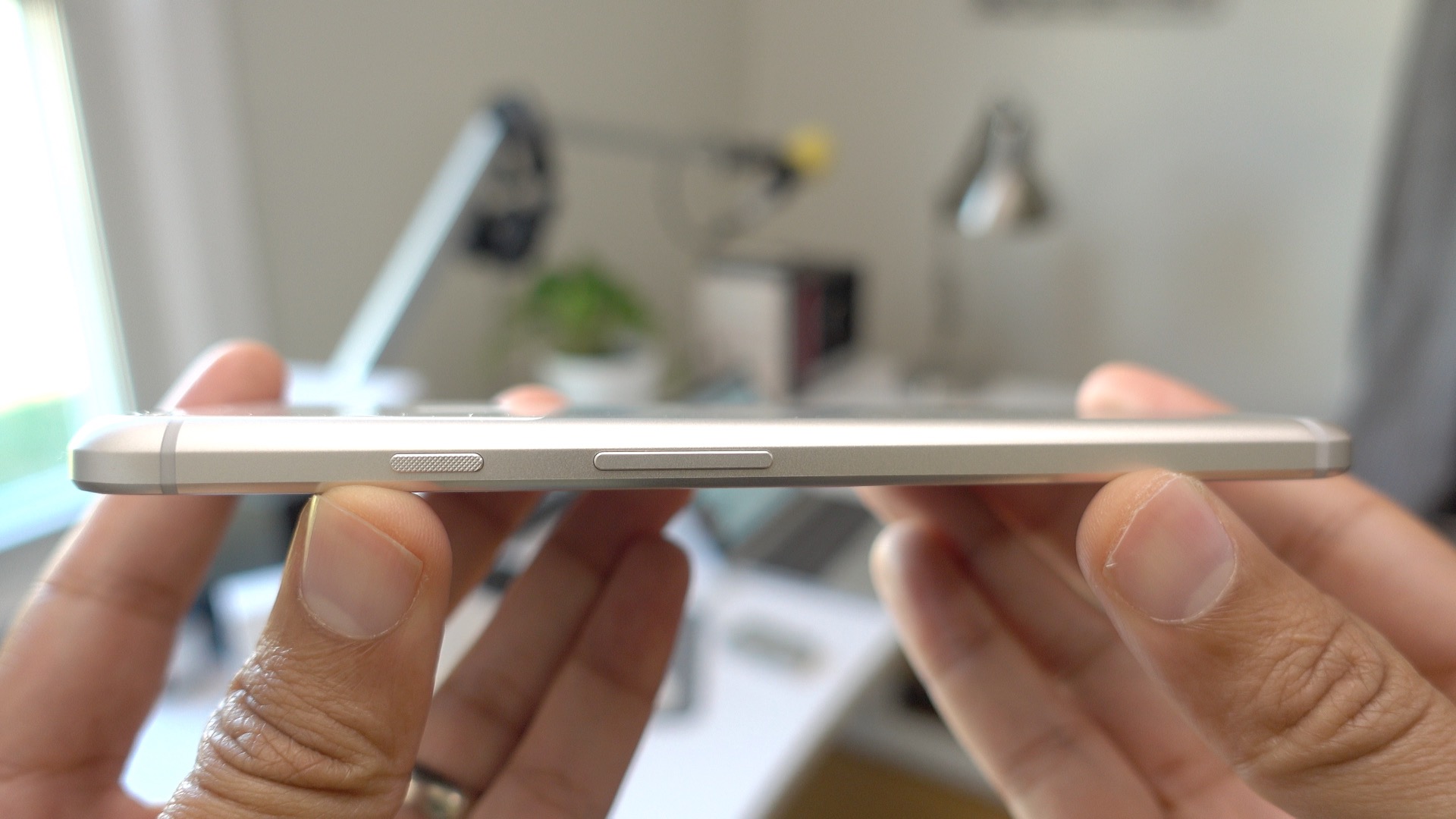 Then there’s is the bezel, which is accompanied by an egregiously large chin. Why is it there? Why is it so ridiculously big? The iPhone at least has a Home button as a built-in excuse, but the Google Pixel’s chin is just a big, empty, boring space. The answer, it seems, is that Google used an already-in-the-works HTC product, because it had to rush out the phone in a mere nine months.

Google calls its fingerprint sensor Pixel Imprint. The sensor is located on the rear of the phone near the lower portion of the glass accent panel. The fingerprint sensor isn’t shared with a button, so it’s literally just a sensor and not much else. There is one cool “Move” feature that allows you to invoke the Notification Pane by swiping down on the sensor, but that’s about all as far as additional functionality is concerned. 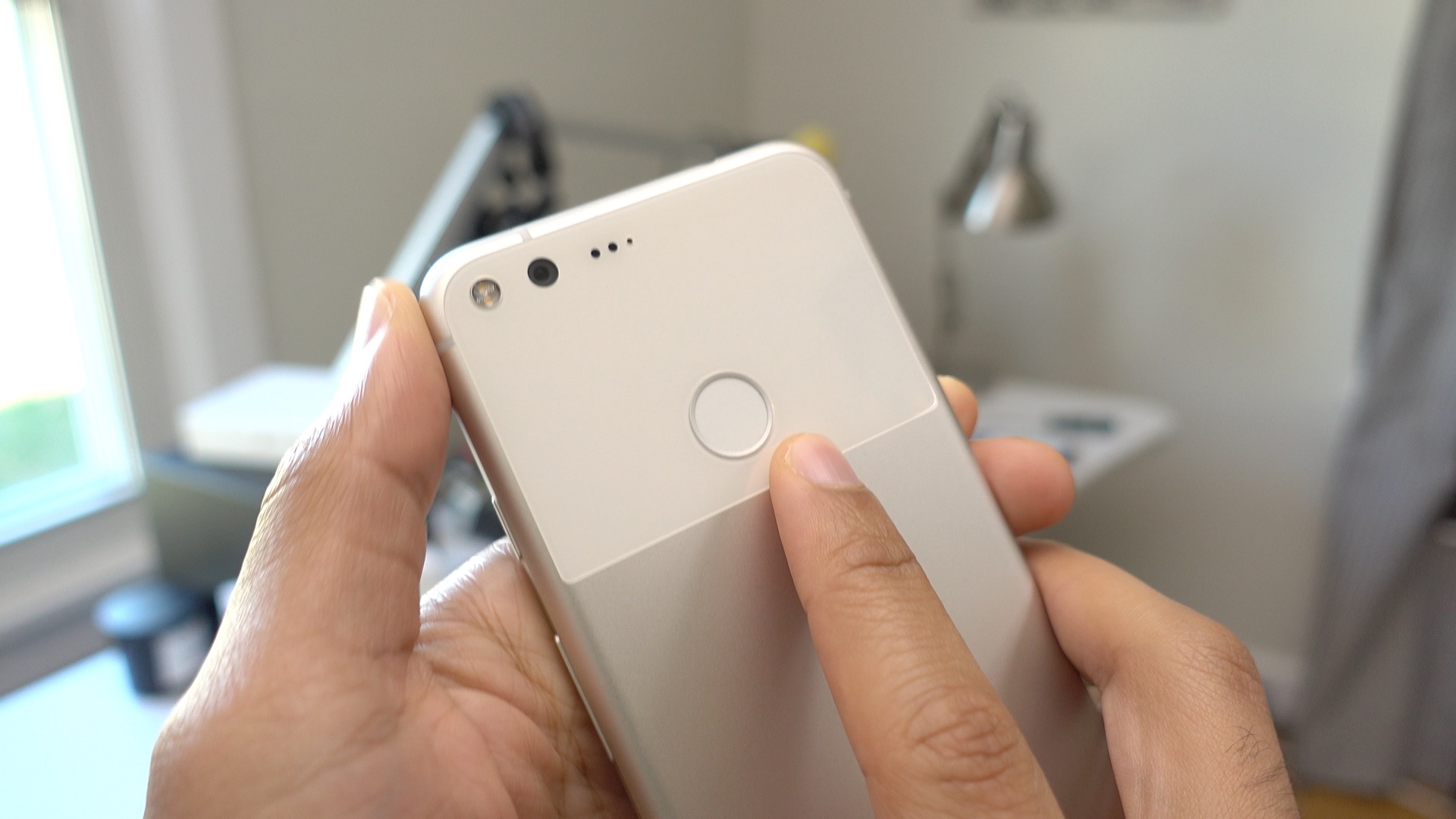 As someone with large hands and fingers, I’m not a huge fan of the placement of the sensor, as it requires me to adjust my grip slightly to interface with it. I do, however, appreciate how quickly the Pixel recognizes that your finger has been placed on the sensor, and how fast the phone unlocks. I’m also a big fan of the ability to set up multiple fingerprints during the initial phone setup process. Apple should give users the ability to configure multiple Touch ID fingerprints during iOS’ setup.

After getting used to much-improved sound quality of the iPhone 7, listening to the single down-firing speaker on the Google Pixel seems like a big step backward. The Pixel’s single speaker is loud, but you miss out on stereo sound and a front-firing speaker. 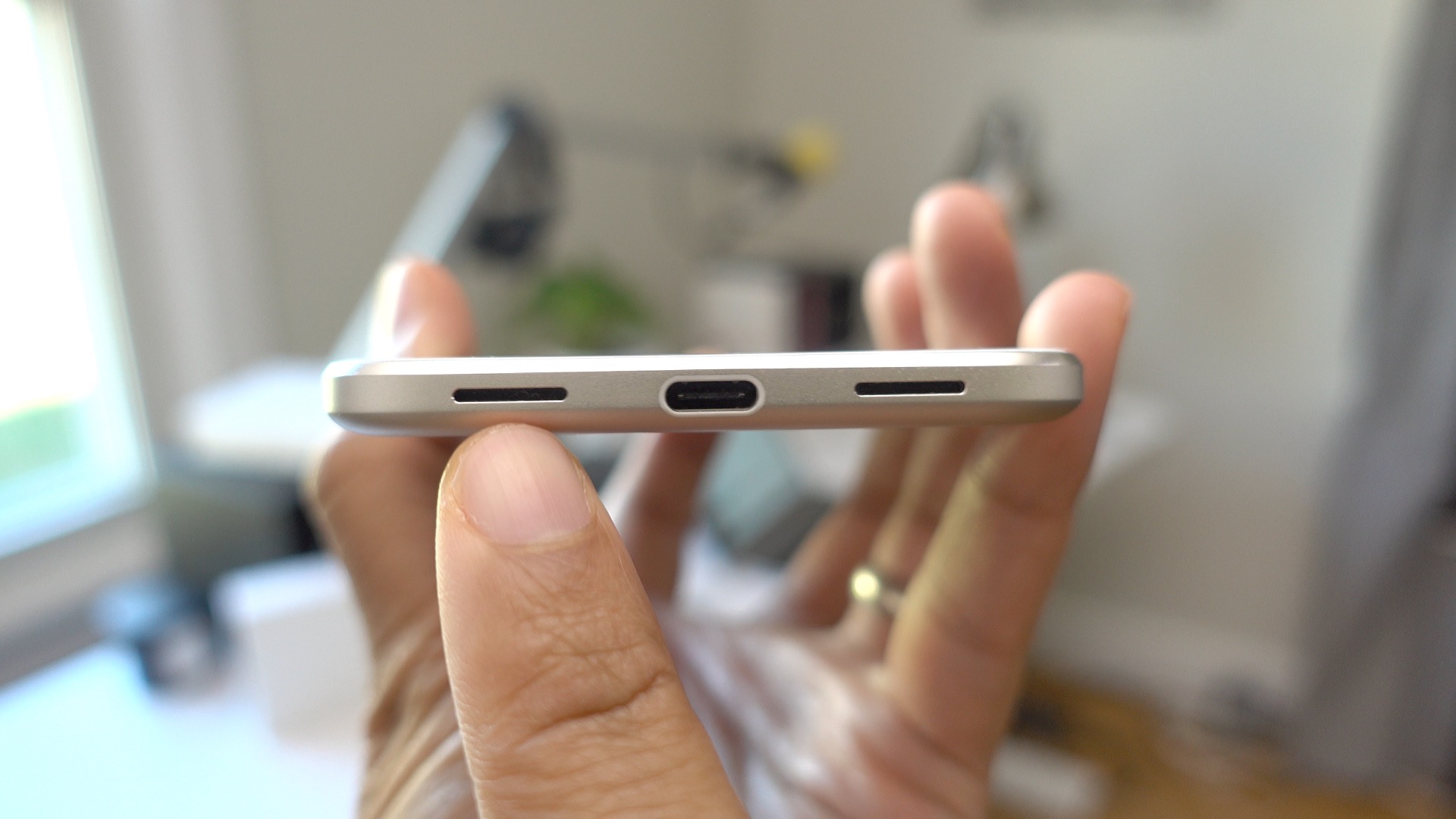 The Pixel is not water resistant like the iPhone 7 is. It features an IP53 rating, which is basically for protection against splashes and spills, not full submersion. The reason for this is, as noted above, that the team behind the Pixel simply ran out of time. Again, the Pixel was produced within a very tight nine-month time window, which meant that some features, such as iPhone 7- like water resistance, had to be scrapped.

That said, if this video is anything to go by, your Pixel will probably fare okay if it has a brief encounter with water.

3D Touch really came into its own in the latest generation of iPhones. It’s a feature that I dismissed when it first debuted, but I’ve been using it constantly with the iPhone 7. The Pixel has its own pseudo-3D Touch, which is basically just a long-press, but it’s nothing compared to real force-sensitive 3D Touch with haptic feedback. I use 3D Touch all the time now, and it would be hard for me to adjust to using a phone without it. It would be like using a computer without right-click, although to a somewhat less drastic degree. 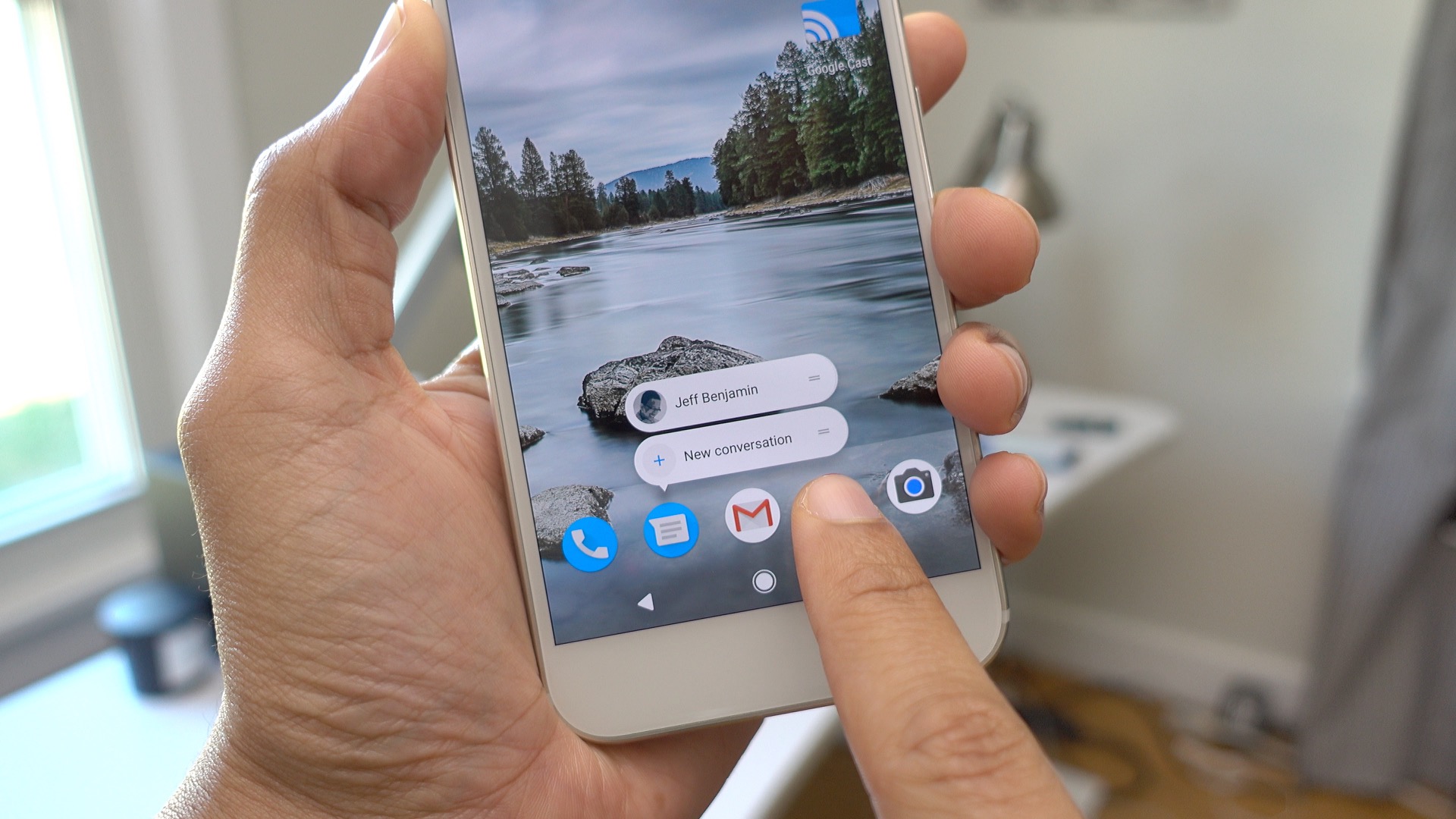 One of the cool things about Android Nougat is that it now supports native Split Screen mode. That means that apps that are designed to support the feature can be ran side by side in either portrait of landscape mode. On the larger 5.5″ Pixel XL, such a mode is very much appreciated. It’s a little cramped, but it’s nice to be able to keep up with your Twitter timeline and browse the web or watch a video at the same time. 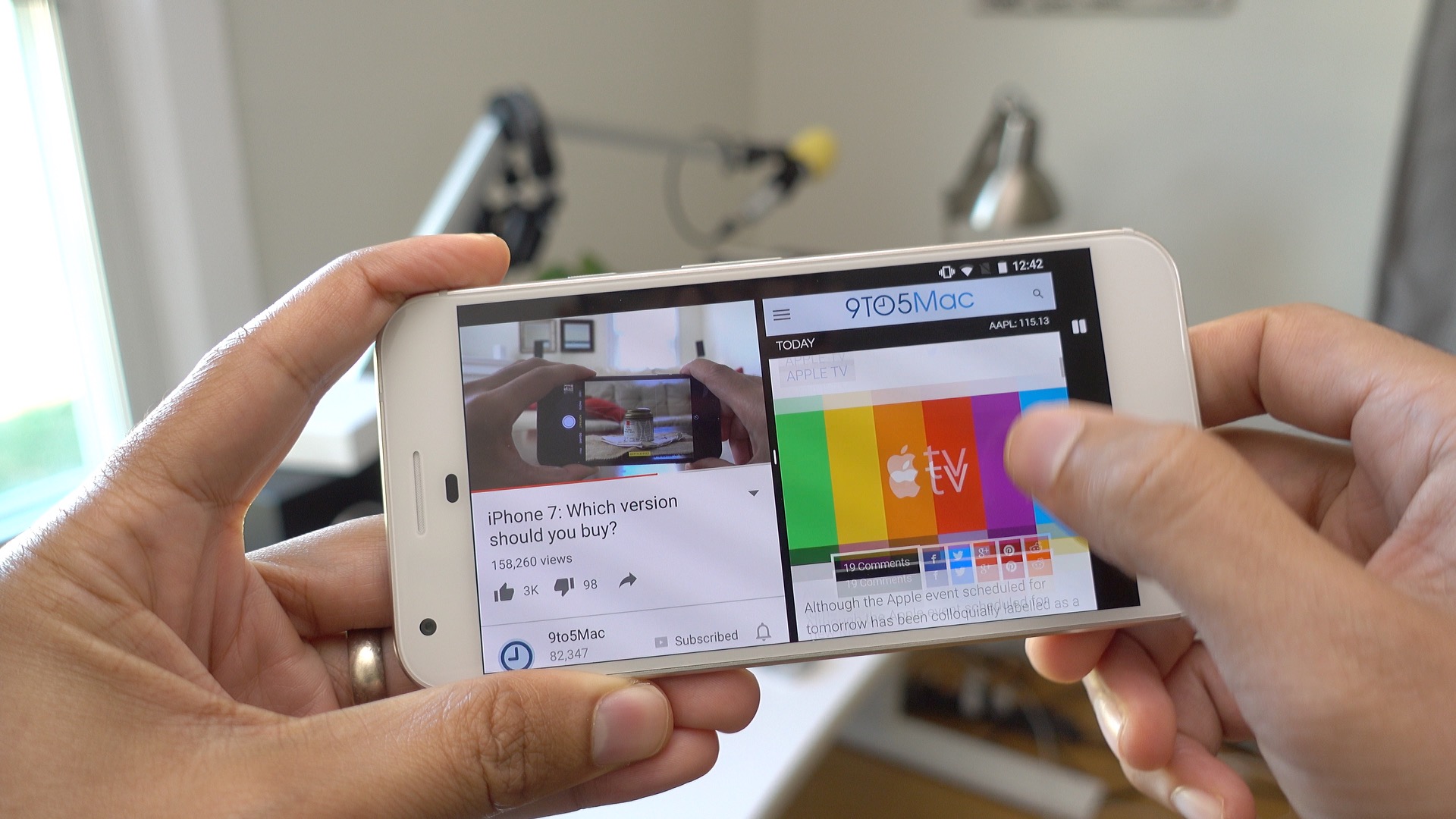 The Pixel is a solid flagship smartphone that anyone deeply invested in the Google ecosystem should be proud of. It’s well designed, devoid of bloatware, and I should note that it’s also very fast. But it’s not a phone that would even make me think about switching from my iPhone 7. That’s not to say that that time will never come, it’s just that the Pixel isn’t yet that phone. This is only the first in a line of many Pixels, and I see Google significantly upping the ante now that its first white-labeled product has landed to largely positive reviews. 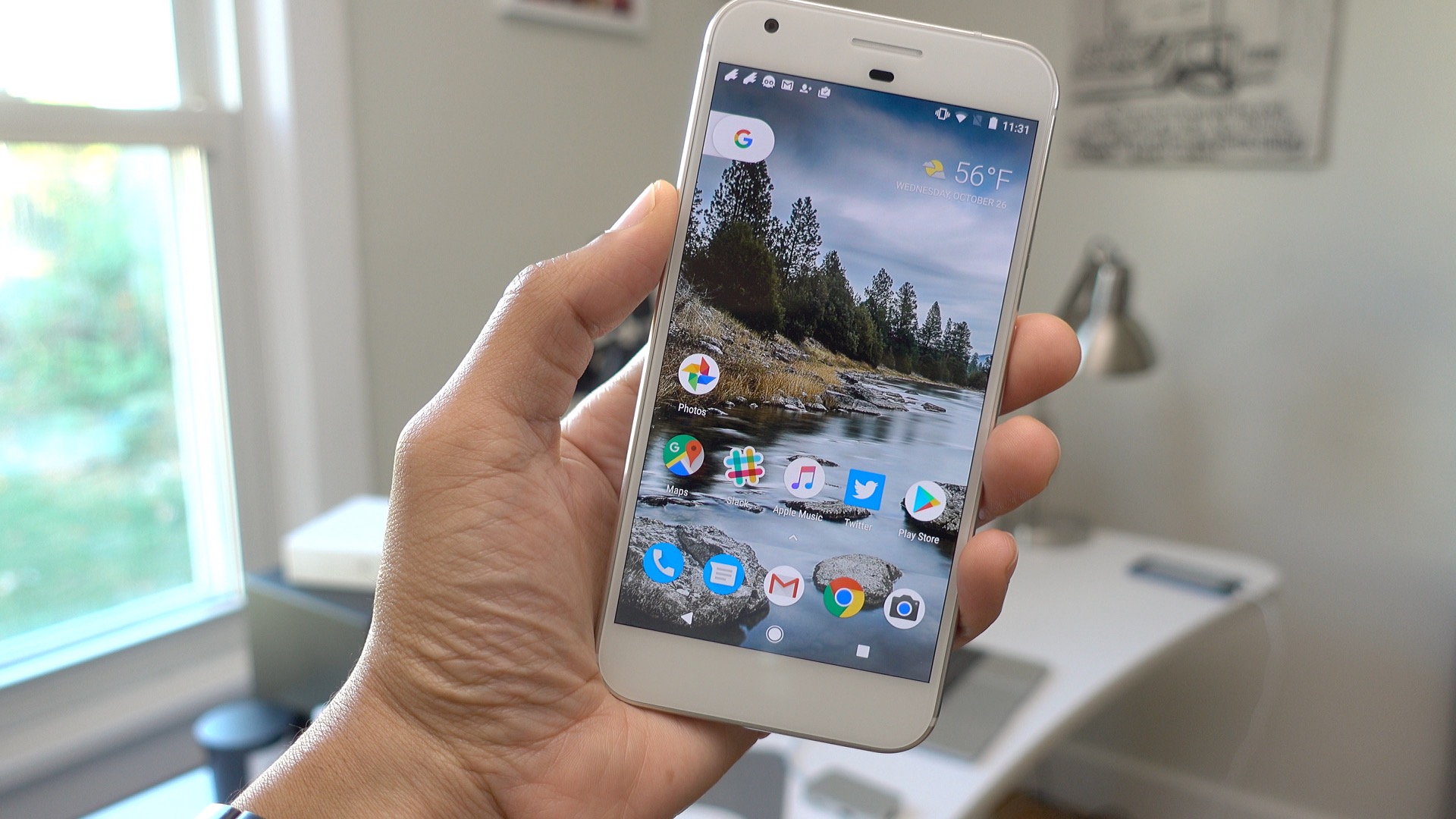 At $649+, the Pixel isn’t compelling enough for curious iPhone owners to buy just to experiment with. But future iterations may be able to snag fence-dwellers since Google will have more time to plan and develop future models.

Keep in mind that these are just my impressions after going hands-on with the Google Pixel for a little over 24 hours. For an Android user’s in-depth take, be sure to watch and read 9to5Google’s full Pixel review.