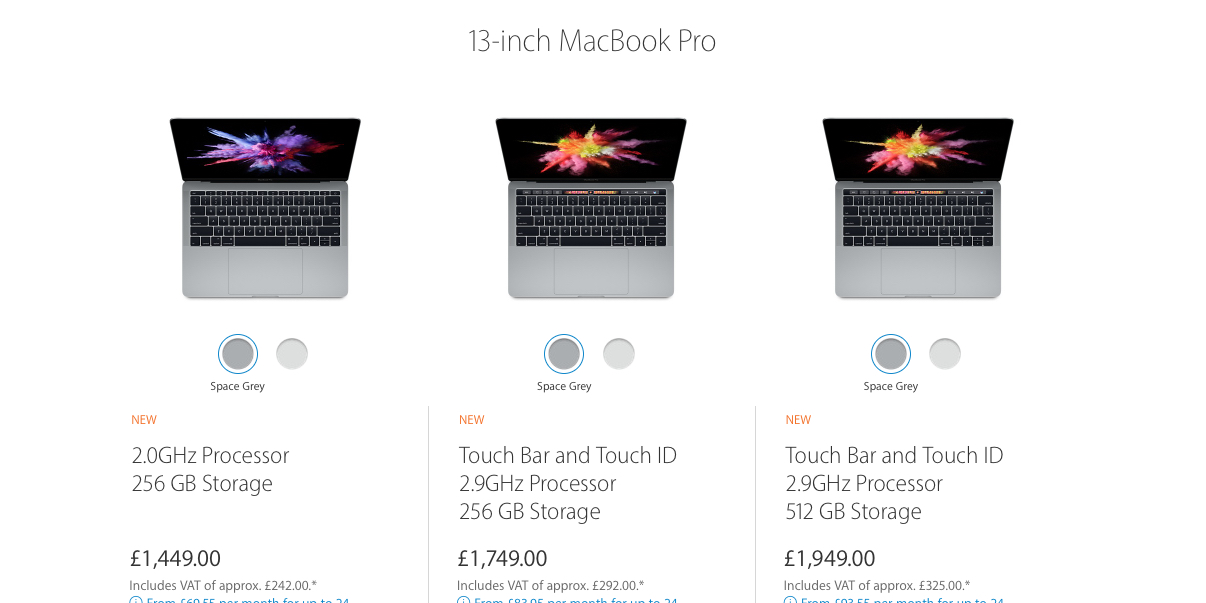 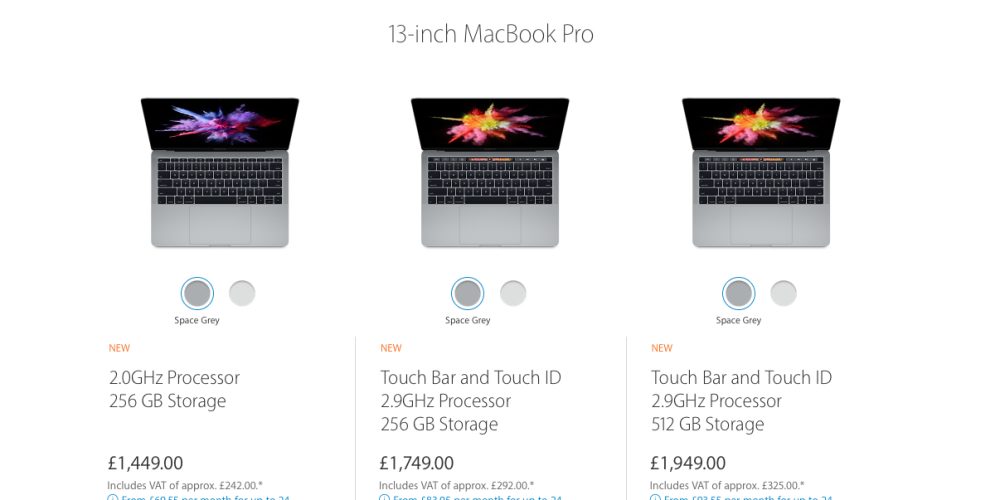 Excitement over Apple’s new MacBook Pro announcements has been weakened a bit in the UK customers due to sticker shock when looking at the prices. Prices for new MacBook Pro’s have risen in the US a bit already, in the UK this has been amplified by the weak GBP currency following the Brexit vote.

Apple has adjusted UK prices for its entire line of Macs, including those it didn’t update, with prices increases of hundreds of pounds. For example, the outdated 2013 base model Mac Pro now starts at £3000, an increase of £500 overnight. Similarly, the entry level new MacBook Pro with a Touch Bar sets buyers back £1500.

The cheapest laptop in Apple’s range is the 13-inch MacBook Air, following the discontinuation of the 11-inch size yesterday. Twenty-four hours ago, this cost £849. The Brexit price adjustments have pushed the product up by £100 to £949. The 12 inch MacBook is up £200, now starting at £1249.

In fairness to the company, Apple is not price-gouging its United Kingdom customers relative to the prices set in the United States. Almost all the prices are roughly equal after accounting for the weak exchange rate between GBP and USD, plus the fact that UK prices include 20% sales tax in the listed price.

Nevertheless, this doesn’t really help to lessen the shock when looking at the Apple website. Brexit has affected the entire Mac line in a big way and it will be interesting to see the unit sales impact on the Mac in the region. Luckily, it appears third-party retailers are lagging behind the Apple Store and still selling all the old Macs at the old prices … for now. If you want to get a deal in the UK on Mac hardware that isn’t brand new (i.e. you don’t want to buy a new MacBook Pro), check third party retailers now for pre-Brexit listed prices.

At least Apple is being fair about its pricing in United States and across the pond; there isn’t really a price premium of buying Apple Macs in the UK after accounting for the VAT and exchange rates. Whether the prices of the new MacBook Pro in USD are extortionately high is a different question entirely, of course. The fact the MacBook Pro with Touch Bar is already backordered by a month is a reasonable indicator that this is not the case.