MacBook Pro Diary: My take on some of the criticisms being levelled at the new models 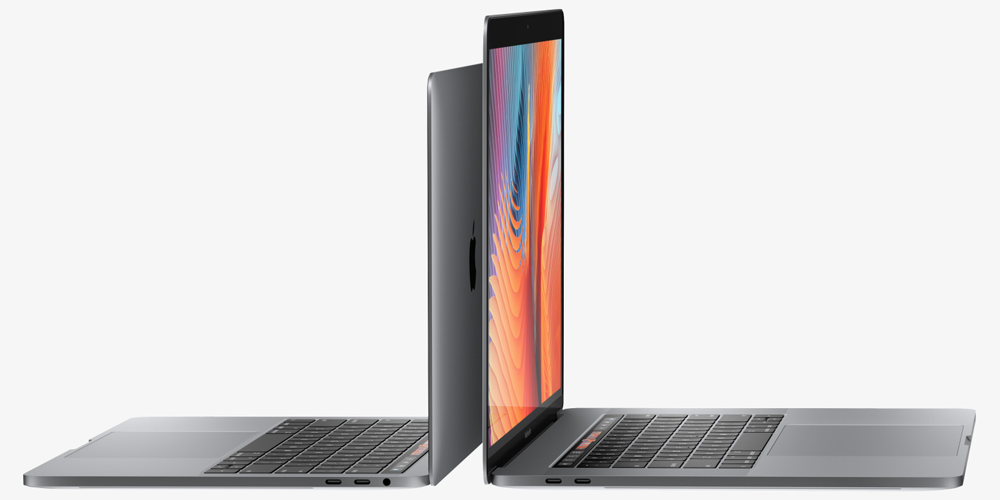 The new MacBook Pro models have been coming under a fair amount of criticism on the Internet. Many are saying that the new machines just aren’t wowing them, especially just after Microsoft demonstrated that it is still possible to do so even in the boring old desktop PC market with the new Surface Studio.

That criticism is absolutely fair enough, and echoes my own views when I said that I was buying it despite not being excited by it.

Many have been saying that Apple has launched a brand new model with a year-old CPU. That one isn’t fair: right now, Skylake is the latest processor available in i7 quad-core form. The Kaby Lake version won’t be available until December if Intel delivers it on time, which is never a certainty. Microsoft, it should be noted, did exactly the same thing in sticking to Skylake in its shiny new computer.

Sure, Apple could have waited, but there are a couple of downsides to that. First, it would have further delayed an update to a machine we were all complaining was now four years old. Second, Kaby Lake isn’t going to be a massive improvement over Skylake – it’s very much a second ‘tock’ update – so it would have been a further delay for limited benefit.

And it wouldn’t – as some are suggesting – simply have been a one-month delay, from November to December. Once the new chips are available, Apple would need to do a lot of testing before they were ready for release. As Gizmodo noted:

While Samsung wasn’t mentioned, the horror show that’s been the Note 7’s launch and subsequent recall can’t be ignored in this context. The now famous screw up involved a huge company that reportedly rushed a product to market, only to see it literally blow up in its customers’ faces.

Second, there has been a lot of grumbling over the maximum 16GB RAM, even in maxed-out build-to-order machines.

Phil Schiller says that’s for reasons of power efficiency. Should we take his word for it? Well, I can say one thing: Apple doesn’t usually like to leave money on the table. Historically, it has charged quite a steep premium for RAM upgrades, so if it isn’t even offering 32GB as an expensive option, there is likely a very good reason for that. To me, there’s no reason to doubt the one Schiller has given.

Sadly, your fancy new iPhone 7 won’t directly connect to your new MacBook Pro. Think about that for a second. Two flagship devices from a company that prides itself on its ecosystem won’t connect to each other without a special converter.

But that’s not exactly true. You do have to buy a new cable, yes, but you don’t need any clunky adapters.

Now, if you want to instead argue that Apple should have included both USB-A and USB-C cables in the iPhone 7 box, I’ll agree entirely. It was silly to launch a new iPhone one month and a new Mac the following month and not supply a cable that would connect one to the other. But let’s not talk about dongles here.

And most iPhone owners won’t even need that, as they probably never connect their iPhone to their Mac anyway. Most people use iCloud backup.

A bigger complaint is the complete loss of all USB-A ports. Some have been saying that Apple should at least have included a mixture of old and new ports, but I disagree. Here’s what I said before:

You could argue that a mix of ports would be useful, but that would be true for maybe the first year of ownership. After that, we’d be moaning about the fact that we have only two USB-C ports because there’s space taken up with those huge, ugly, old-fashioned USB-A ones. I think Apple made the right call here.

It’s trading off a slight inconvenience now against spending most of the machine’s life (4-5 years for me) with two completely redundant ports. So I still say Apple got this right.

There was this amusing tweet about the 17 different dongles Apple now sells, with one piece suggesting that the new machine required users to buy $250 worth of dongles. This is, of course, pure clickbait. The reality for most users is that they’ll need one or two at most.

I haven’t ever seen any stats, but my guess would be that the vast majority of MacBook owners never connect anything other than power to their machine. For those that do, mostly it will be just one or two USB devices, like a USB key and external drive. That requires exactly one dongle: a USB-A to USB-C adapter that costs $22 if you buy an Apple one or about $8 for a third-party one. Or, if it’s just a USB key, a $19 dual USB-A/USB-C one will allow connection to both old and new computers.

Now, we’re techies, and we connect lots of things to our Macs, but even so, what I needed personally was exactly three adapters or cables: one each for USB-A, Thunderbolt 2 and Lightning. Most of my existing USB-A devices are connected through my monitor, so a single adapter is all I need for things like external drives. (Admittedly, things will get messier if I upgrade my monitor as well to one with USB-C ports, but that’s a separate issue.)

I do agree with one port criticism: the loss of MagSafe. I’d really like to have retained this, so will be trying the Griffin Breaksafe which Chance reviewed to see whether that does the job.

Which brings us to price … So far in our poll, this is the number one reason people aren’t buying the new models.

The new machines are undoubtedly very expensive, but some have been suggesting that Apple has repositioned itself from a premium to a luxury brand where MacBooks are concerned. I don’t think that’s the case at all.

We currently have $999 as the entry-point, for the 13-inch MacBook Air, just $100 up on the previous entry-level. That machine probably meets the needs of 95% of Mac owners, who use it for web, email, basic photo editing and maybe writing that novel.

If you value sleekness enough, you can instead pay $1299 for a less powerful but sexier machine. The minority who need power can start at $1499 and go up to, well, the level I did.

Bottom-line: there’s still something for everyone who was ever in Apple’s price-range at all.

As for the shiny new MacBook Pro models, they are extremely expensive today, but I’d expect the price to fall in time.

If you look at the precedent set by the 27-inch 5K iMac, it launched two years ago at a starting price of $2499. Apple’s current pricing starts at just $1799 (and you can get it for a bit less on Amazon and elsewhere). Now, the spec is different, but basically they launched the best machine they could at a high price, then a slightly more modest one at a much more affordable price. I wouldn’t be surprised to see the same thing happen here with MacBooks just as it has in the past.

So sure, views vary, and it’s absolutely fine to criticize the new machines. But I think we do need to recognize that some of the criticisms being levelled at Apple over the new machines are, at the very least, over-blown.