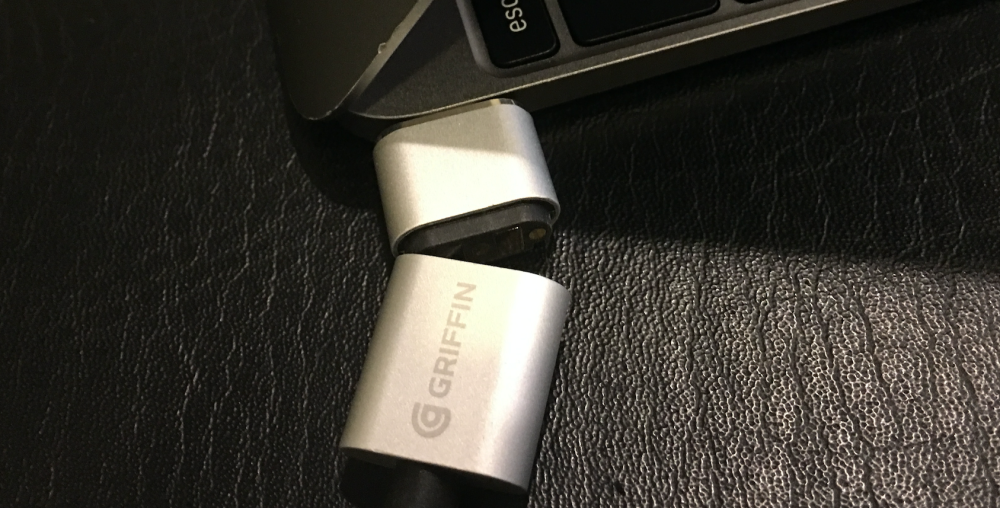 One of the most interesting accessories that came out of the Consumer Electronics Show earlier this year was Griffin’s BreakSafe Magnetic USB-C Power Cable. As a 12-inch MacBook owner (and lover), one of the things I’ve missed the most with the machine is the MagSafe connection. Apple introduced the MagSafe technology 10 years ago, but thanks to the switch to a single USB-C connection, it is nowhere to be found on the ultra-slim MacBook.

That’s where Griffin’s BreakSafe comes in the. Retailing for $39.99, the BreakSafe is a six-foot-long magnetic USB-C cable. The BreakSafe brings the laptop-saving MagSafe technology that Apple users have to love to the 12-inch MacBook. And it does it surprisingly well, but it’s not perfect…

The BreakSafe works slightly differently than traditional MagSafe cables from Apple. The BreakSafe comes in two parts. The first part is a 12.8mm small plug that you insert into the USB-C port on the MacBook. The second part is the 6-foot cable that connects magnetically to the 12.8mm dongle and has a USB-C connection on the other side. Apple’s MagSafe chargers have, of course, always been one part.

One major downside of the BreakSafe’s two-part design is that the 12.8mm connector is insanely easy to lose. In describing the product, Griffin encourages users to leave the small adapter in the MacBook’s USB-C port even when you’re not charging the laptop, but this obviously has its cons. For one, if you want to use almost any adapter with the MacBook, you have to disconnect the BreakSafe as Griffin says “data and video are not supported” over the adapter. For a laptop with only one port this is certainly an annoyance, but I’ve grown to almost never plug anything in to my MacBook except a charger, so it’s not a huge deal to me.

While the adapter doesn’t support video or data, it does support the full 60 watt charging of the MacBook and I didn’t notice in difference in charging time between it and Apple’s cable. Coming in at 6 feet, it’s slight shorter than the USB-C cable that Apple includes with the MacBook, but only marginally so.

In terms of the actual design of the adapter, the cable itself is black, while the USB-C ends and actual magnetic adapter are gray. It blends in really well with my space gray MacBook, much more so than the white cable Apple includes. On the end of the cable that connects to the MacBook, you’ll find a Griffin logo. Other than that, the design is clean and sleek.

Now let’s talk about the actual functionality of the BreakSafe. As I mentioned earlier, the idea of the accessory is to bring MagSafe-like technology to the USB-C connection on the 12-inch MacBook or any other device with USB-C ports. It’s a feature that has saved the lives of several Macs for me over the years. In fact, I’ve sent my MacBook flying a couple of times because it lacks MagSafe. But can Griffin perfect a technology that Apple has been improving upon for 10 years? In most ways, yes, but not entirely. 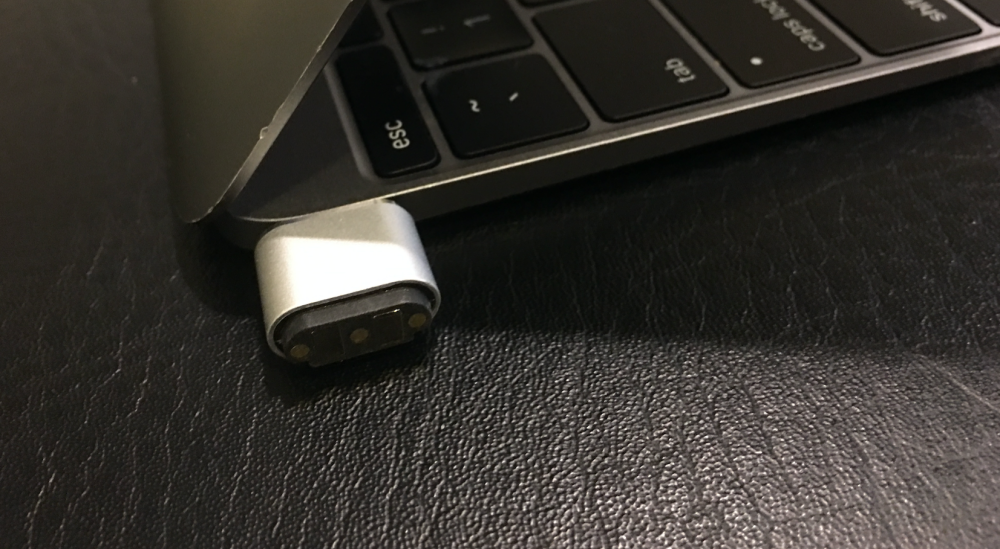 The first thing I noticed with the BreakSafe is that the magnet in the actual adapter is not as strong as Apple’s MagSafe. I always thought the MagSafe connection was a tad on the strong side, but Griffin’s is just not strong enough. Due to the weight of the cable itself, there’s a tendency for the cable and 12.8mm USB-C connection adapter to disconnect anytime you make sudden or strong movements.

This isn’t a deal breaker at all, but it was definitely an annoyance until I figured the best position for my MacBook while connected to the BreakSafe. On the bright side, the connection between the Griffin USB-C cable and the Apple wall adapter is stronger than that of the Apple USB-C cable and wall adapter. It may not seem like it at first, but you have to push it in until you hear a click before it’s actually connected. In the end, the Griffin BreakSafe is a solid accessory for owners of the 12-inch MacBook. The connections on either end of the cable could stand to be slightly stronger, but once you figure out the quirks, they really aren’t big issues at all. If nothing else, the BreakSafe highlights the benefits of Apple switching to a more open standard in USB-C. With the MagSafe connection, accessory makers were pretty much at a loss when it came to making power accessories for MacBooks, but USB-C allows for a much more open environment for companies to make products like the BreakSafe and other adapters.

If you have a 12-inch MacBook, the BreakSafe is a worthwhile investment. You wouldn’t want to damage an expensive laptop because you or your dog tripped over the cable and sent it flying across the room and the BreakSafe prevents that, even with a few annoyances here and there.