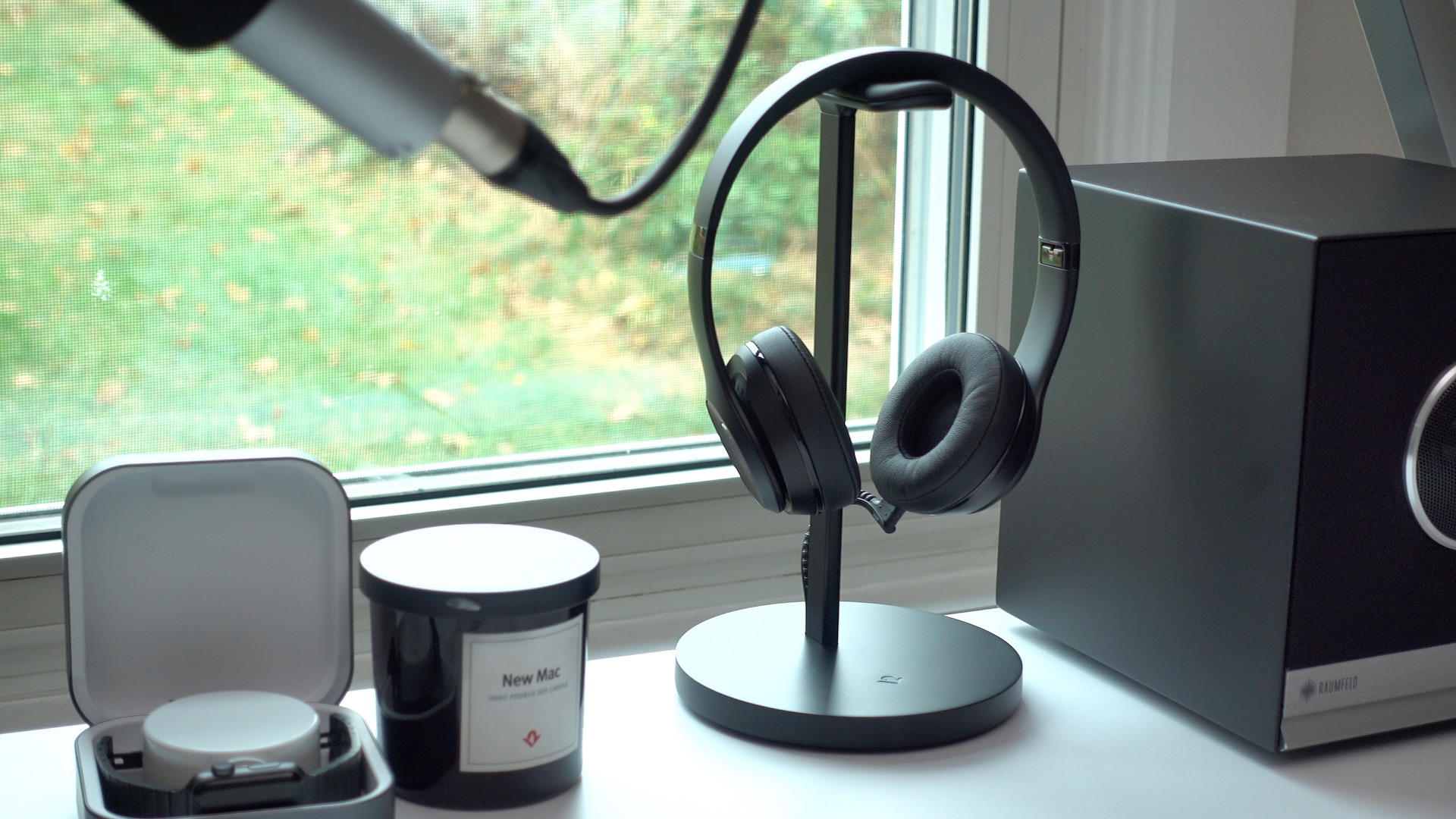 This week Twelve South launched its new Fermata headphone charging stand. The stand, which is geared towards wireless headphones, features an integrated power cable to easily facilitate recharging. Have a look at our hands-on video walkthrough as we unbox, setup and showcase Fermata’s features.

The headlining feature of the $79.99 Fermata is its ability to recharge your wireless headphones, but the overall build quality of the stand isn’t an afterthought. The stand, which is mostly composed of aluminum, features a generously weighted bottom base, and a 10-inch post that’s strong enough not to wobble around. Also of importantce, the Fermata’s support saddle is topped off with soft leather, which will help protect the headphones as they hang on the stand.

The flexible rubber charging cable, which can be tucked inside of the Fermata’s post when not in use, features a handy reversible micro-USB cable at the end. Yes, micro-USB might not sound like music to the ears of most Apple users, but it’s what many wireless headphones, including the just-released Beats Solo3, use for charging. Thankfully, you don’t have to dilly-dally with the micro-USB connection, because it’s conveniently designed to be inserted in either direction.

Underneath the stand’s base, you’ll find the connections for the included 2-meter power cable, which goes to the included 10W wall outlet, along with an extra USB-A port for charging your iPhone. The base is well-weighted, and features plenty of rubber grips to keep it stationary on your desk. 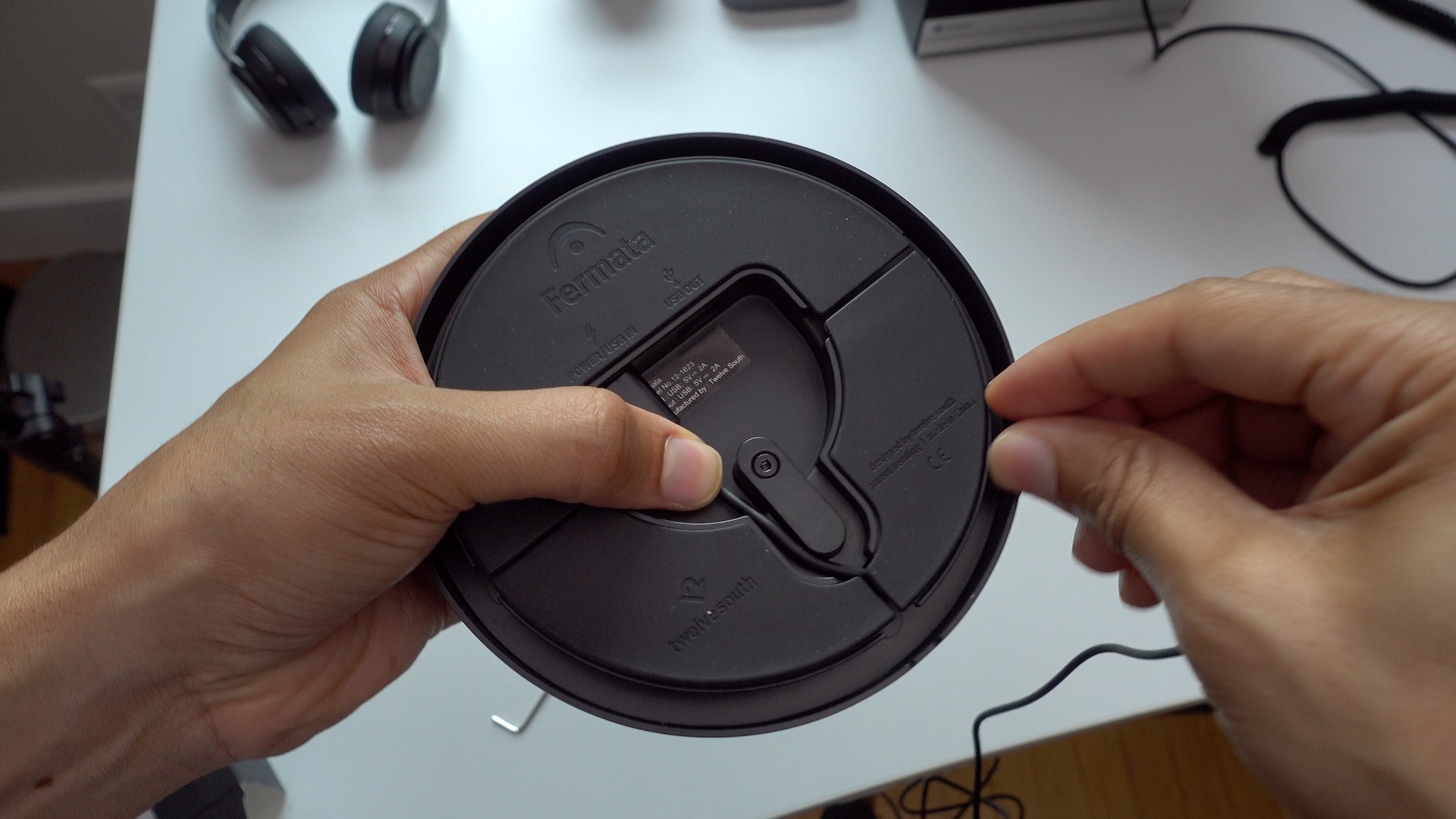 The base also features cutouts for port storage and routing so that the stand can maintain a simple profile while sitting on your desk. With its streamlined appearance, it’s probably no coincidence that the Fermata makes a great companion to Twelve South’s HiRise iPhone dock. 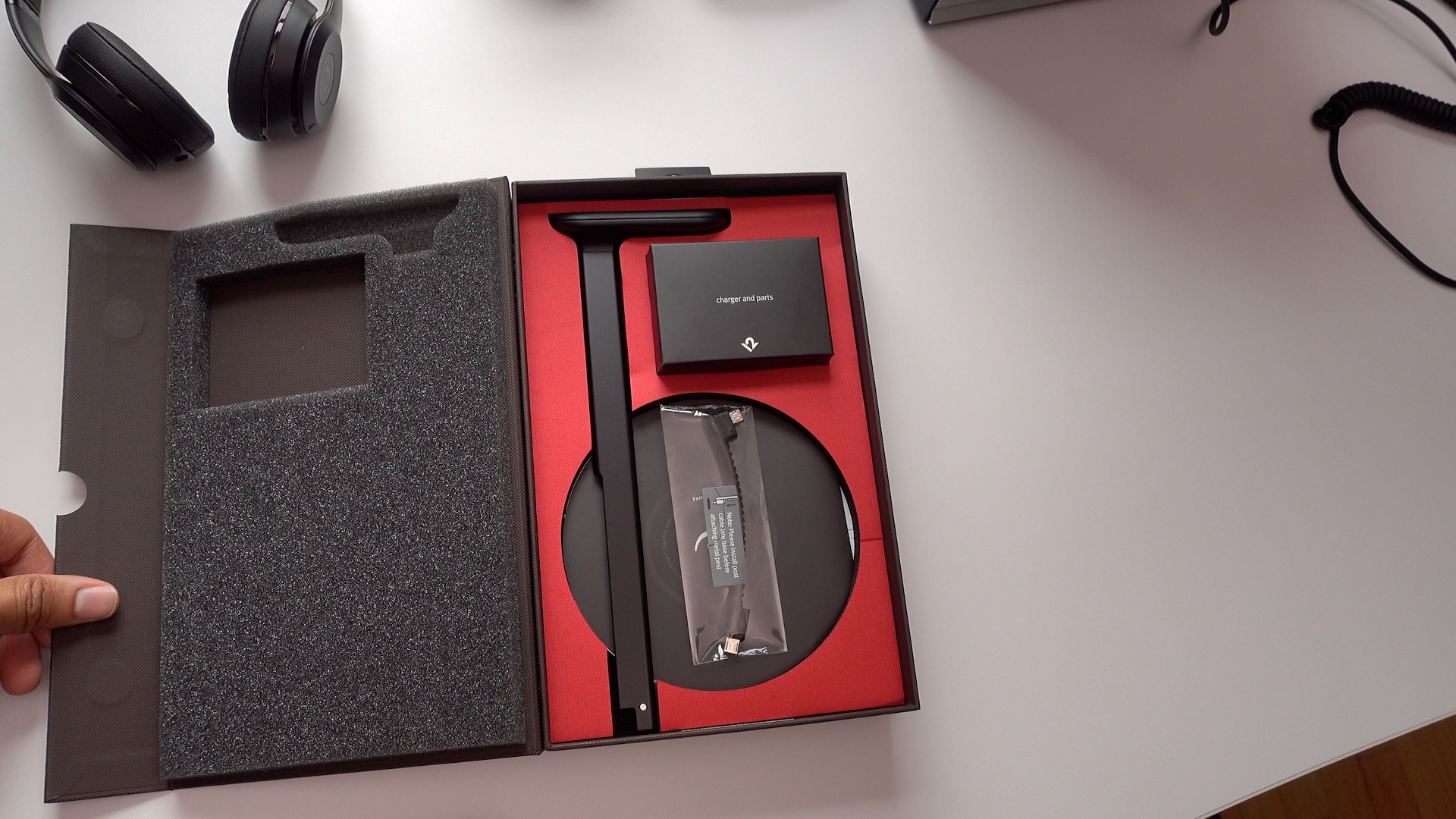 Since many wireless headphones, including the aforementioned Beats Solo3, don’t include power adapters in the box, it’s nice to have a stand that’s dedicated to charging headphones and nothing else. This is further emphasized if you have a new MacBook that’s totally devoid of the typical USB-A connectors that their corresponding power cables use. 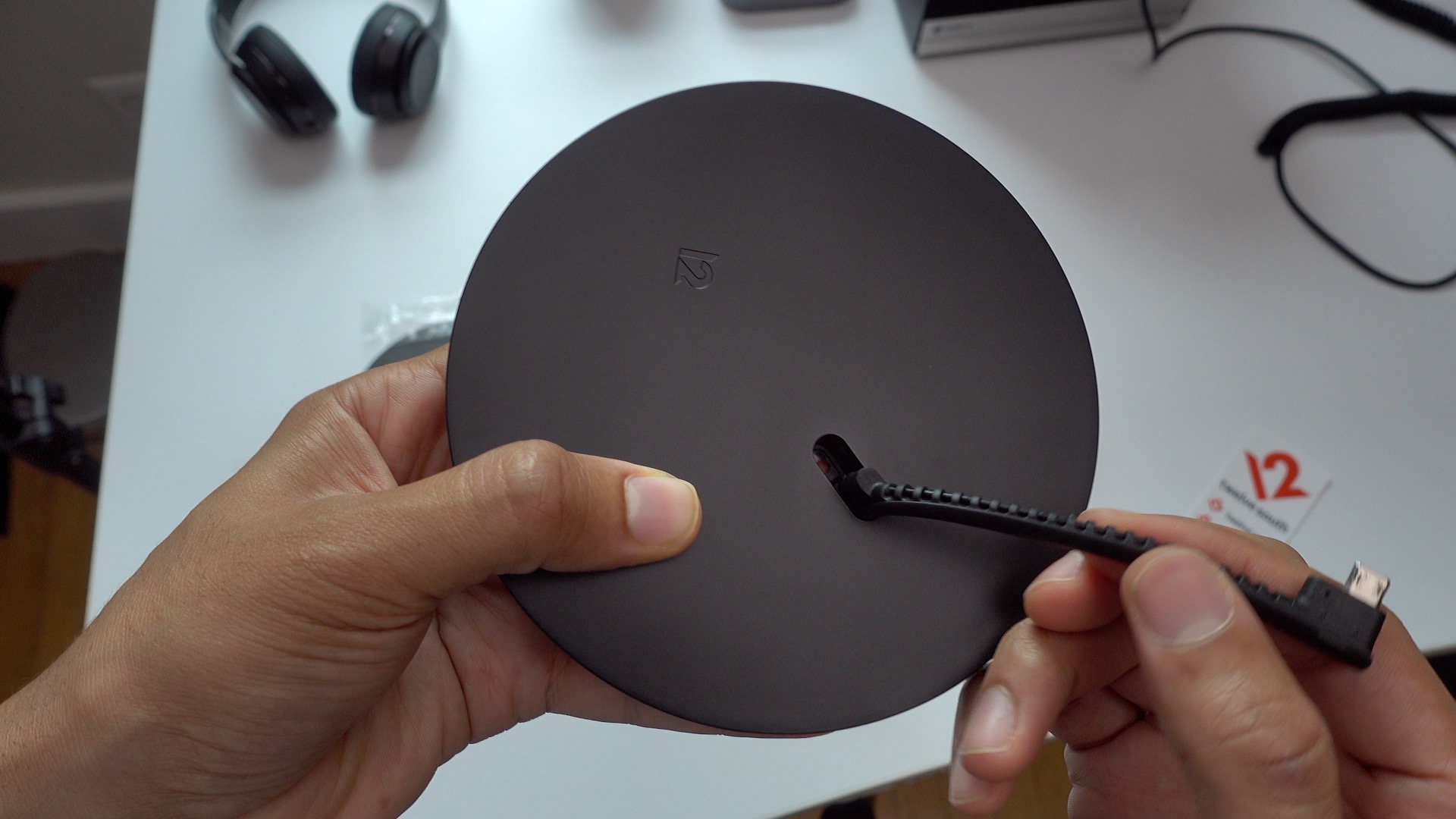 After fully assembling the Fermata, which only takes a minute or two, I was able to pair it with the matte black special edition of the Beats Solo3 wireless headphones. I’m pretty sure Twelve South’s design team had these headphones in house while designing this product, as it seems to be made with the Beats Solo3 in mind, especially the special edition. That said, there is an included “earbud hook” that attaches to the stand’s post for easily hanging and charging earbuds, such as the just-released PowerBeats 3. 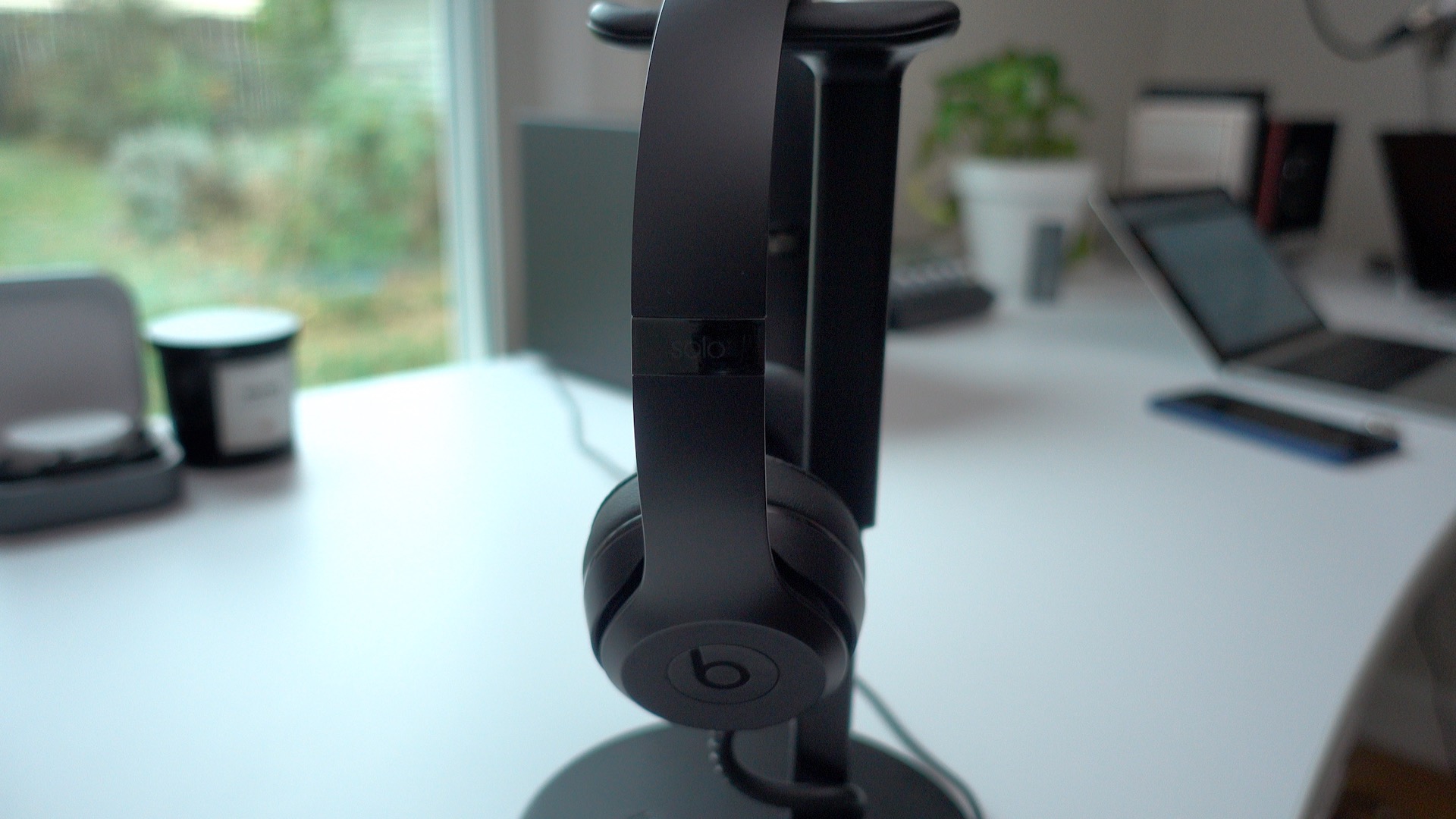 The only small complaint that I have about this stand is that the base of the leather support saddle is made of plastic, which is a little odd considering the metal build of the rest of the stand.

You can purchase Twelve South’s Fermata for $79.99 in either gray or black. I’m well aware that there are many cheaper headphone stand options on Amazon, but most of those don’t include built-in charging options, and none of them appear to feature an embedded hide-away cable with a reversible micro-USB connection. Twelve South is known for its attention to detail, so little things like the leather-topped support saddle make the Fermata worth considering if you’ve invested generously in your headphones. 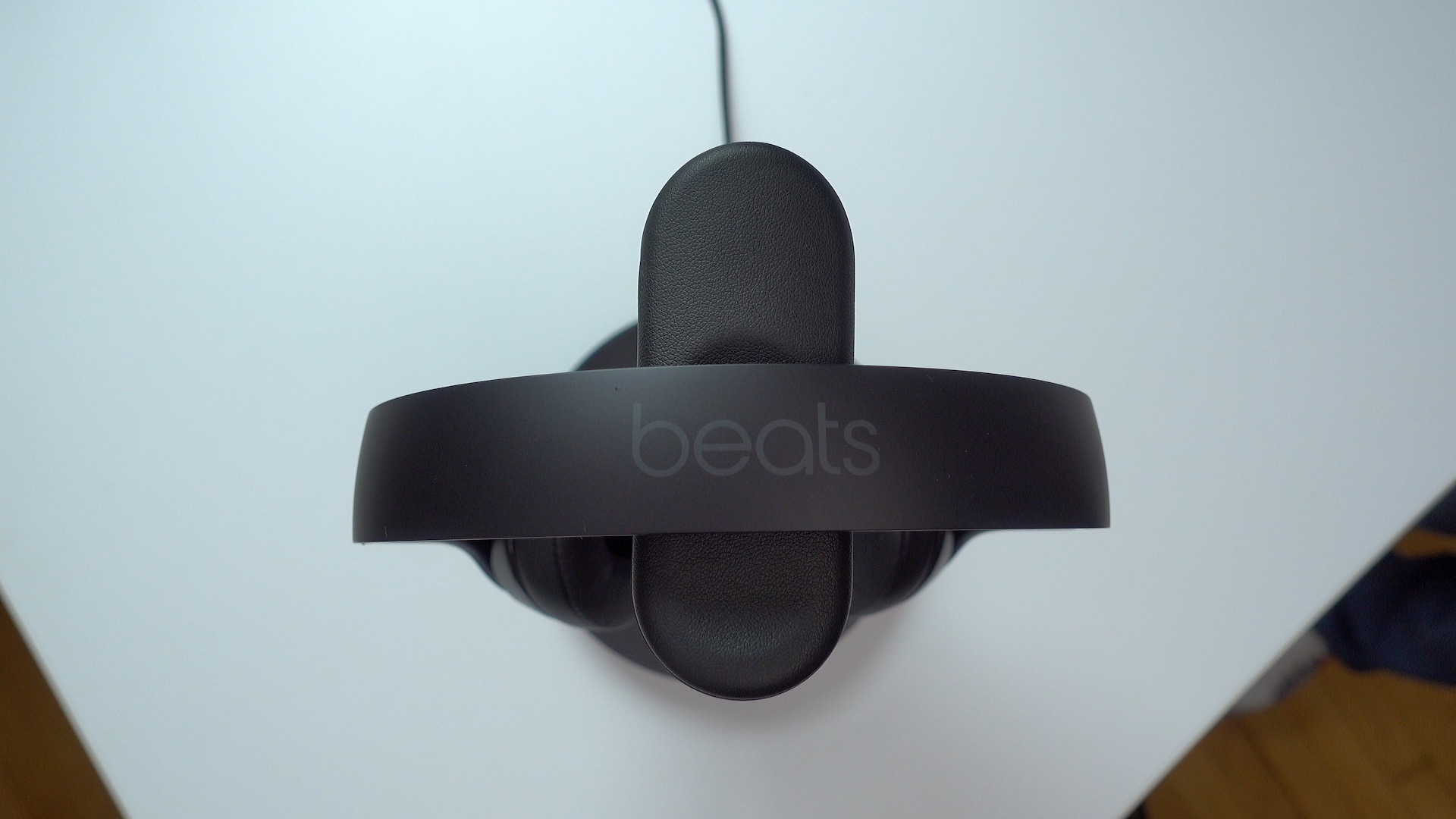 Be sure to watch our full unboxing and hands-on video embedded above, and sound off in the comments section with your thoughts on the Fermata. Also, if you haven’t already, take a look at our hands-on with the new Beats Solo3 wireless headphones, the first pair of headphones to ship with Apple’s new W1 wireless chip.