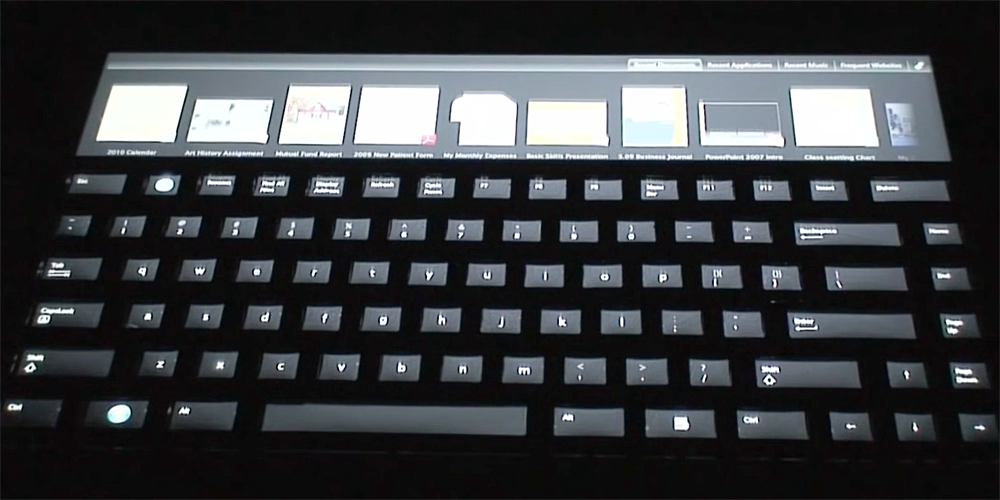 In the list of moments you’re never going to live down, literally laughing at Apple’s launch of the iPhone has to be right there at the very top. Nine years on, former Microsoft CEO Steve Ballmer has told Bloomberg that Apple made it work thanks to a smarter business model.

“I wish I’d thought about the model of subsidizing phones through the operators,” he said. “You know, people like to point to this quote where I said iPhones will never sell, because the price at $600 or $700 was too high. And there was business model innovation by Apple to get it essentially built into the monthly cell phone bill.”

Microsoft was very late to move into the hardware business, despite creating a number of prototypes over the years – including something remarkably similar to Apple’s new Touch Bar, created back in 2009 …

The Verge said that Microsoft started researching adaptive hardware back in 1999, creating a prototype Adaptive Keyboard in 2009.

Steven Bathiche, director of research in Microsoft’s applied sciences group, spent years investigating keyboards that changed their function keys and actions based on applications on the screen. While most of the work was primitive compared to today’s touchscreen interfaces, a lot of the concepts behind Apple’s MacBook Touch Bar were investigated by Microsoft’s research teams […]

Microsoft finalized its research in 2009 with what it describes as an “Adaptive Keyboard.” Microsoft’s Adaptive Keyboard [which includes] a large touch display area above the keys.

The keyboard was shown at a presentation in 2010 where it was encouraging students to come up with interesting ways to use the technology.

The display technology of course looks very dated today, but the concept is very similar to the Touch Bar on the new MacBook Pro models. Microsoft didn’t proceed with the idea as it wasn’t making hardware at the time, aiming to make its money entirely from software instead.

Speaking of which, there was some bad news for Microsoft on that front when Computerworld reported (via BI) that Microsoft has lost more than 300M browser users so far this year, most of them to Chrome.

Here again is Ballmer’s reaction to the iPhone …