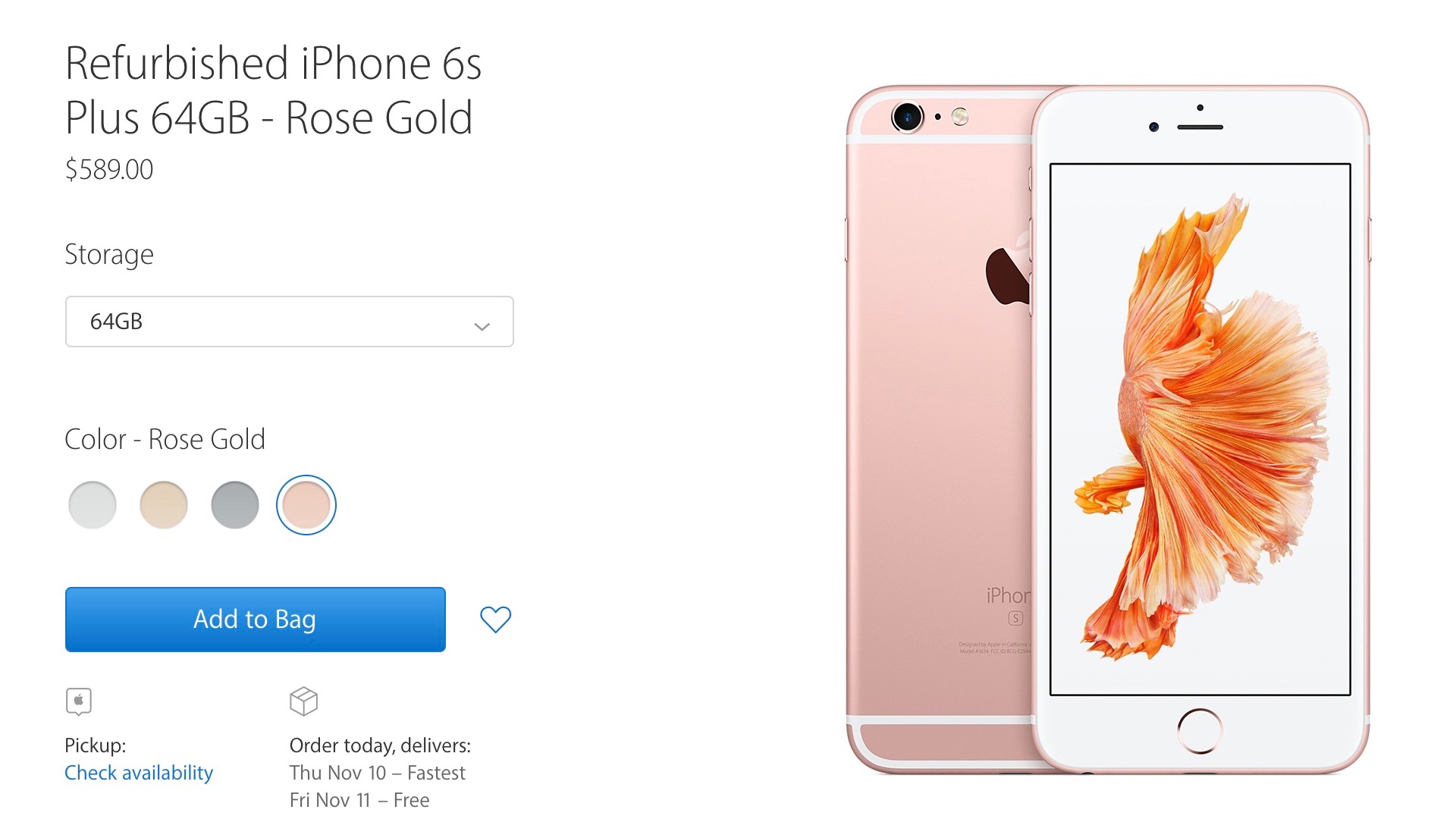 Up until now, Apple has never sold refurbished iPhones on its online store. You could get a refurbished Mac, iPad, or even a niche device like an AirPort Extreme, but never an iPhone. Apple typically used its refurbished iPhone inventory as repair/replacements for or offloaded them to 3rd party resellers. That has seemingly changed today, as Apple is offering the iPhone 6s and iPhone 6s Plus in its refurb store.

Apple has sort of sold refurbished iPhones before, but those sales were relegated to an eBay store front and never fully acknowledged by the company. This is the first time that the company has offered iPhones on its official refurb store online.

Customers will find the iPhone 6s in 16 GB storage varieties for $449.00. The larger iPhone 6s Plus is being offered in two storage varieties: 16Gb and 64GB for $529 and $589, respectively. It seems that all colors are currently available, which includes Silver, Space Gray, Gold, and Rose Gold.

In the end, users can expect to save up to 15% ($110) by going the refurbished route, and remember that these devices come with a full 1-year factory warranty, which makes refurb units a great idea for budget-conscious shoppers.

The prices sometimes compare favorably to Apple’s 3rd party retail partners if you consider the added benefit of the 1 year warranty and peace of mind of buying from Apple.  A look at eBay retailer’s current pricing: 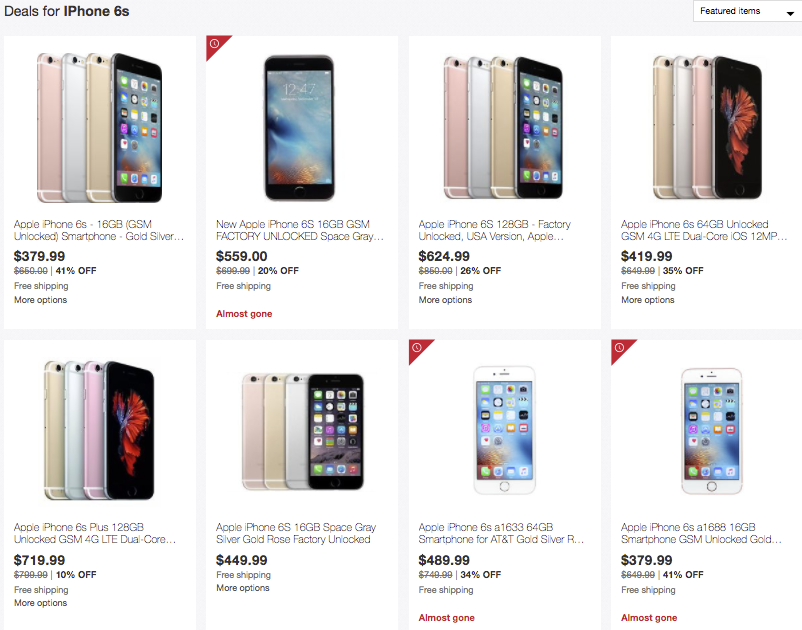 It’s also worth noting that all of Apple’s official refurbished iPhones are unlocked and come SIM-free, plus they all include a brand new battery and outer shell. It’s as close to a new iPhone as you’ll get without actually buying one brand new. Keep in mind that supplies of refurbished Apple product tend to fluctuate, so you’ll want to act fast if you see an item you want.

The timing suggests that these refurb models may be coming from Apple’s iPhone Upgrade Program which launched just over a year ago and saw initial returns after the iPhone 7 release.