Here are the 51 new emoji that were just approved for Unicode 10, eventually coming to iOS 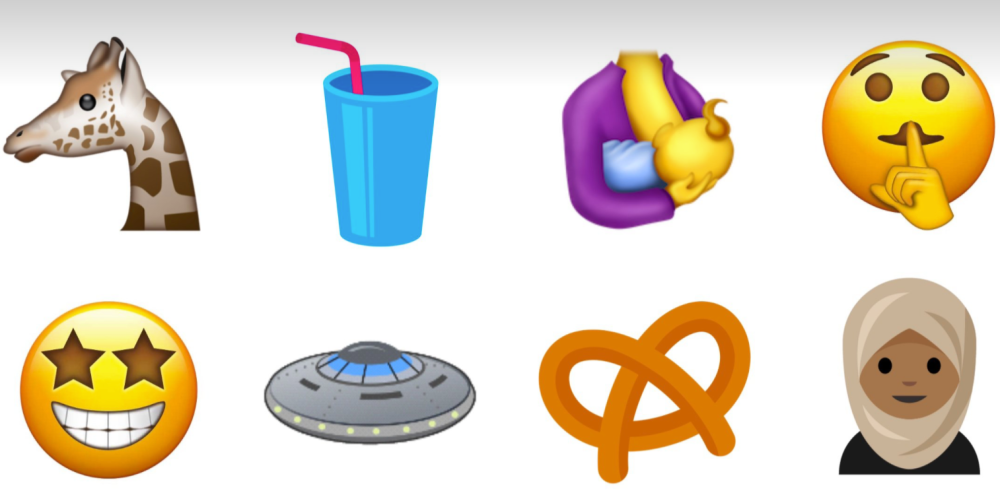 While Apple is bringing a handful of new emoji to its users with the upcoming release of iOS 10.2, the Unicode Consortium today approved 51 new emoji as part of the Unicode 10 release. The new emoji are based on requests from third-parties to the consortium over the past year and include emoji representing breastfeeding and a hijab emoji, as well as many others (via Emojipedia).

Other additions include an emoji for breastfeeding, as well as emoji depicting palms raised up together. Furthermore, there are a variety of new food emoji, including ones for a bowl with soup, coconut, broccoli, pie, pretzel, sandwich, and canned food.

In terms of animals, there are now giraffe and zebra emoji, as well as a hedgehog, sauropod, t-rex, and cricket. As far as people go, there’s now a “bearded person,” “person with headscarf,” “person in steamy room,” person climbing,” “person in lotus position,” and “face with monocle.”

Last but not least, there are a handful of other random new emoji, including:

Over the summer, Unicode 9.0 was made official with 72 new emoji, including bacon, selfie, and a clown face. Many of the Unicode 9.0 emoji are coming to iOS with iOS 10.2. It’s unclear when exactly we’ll see Unicode 10 come to iOS, but it likely won’t be for a few months at least.

The full list of emoji faces for Unicode 10 can be found here, while the entire list of new emoji is here. It’s still possible that the consortium could change which emoji ship with Unicode 10, but these are the basis for encoding at this point.

What are your thoughts on the new emoji? Are there any emoji missing that you hope get added or have we reached “peak emoji” at this point? Let us know down in the comments.