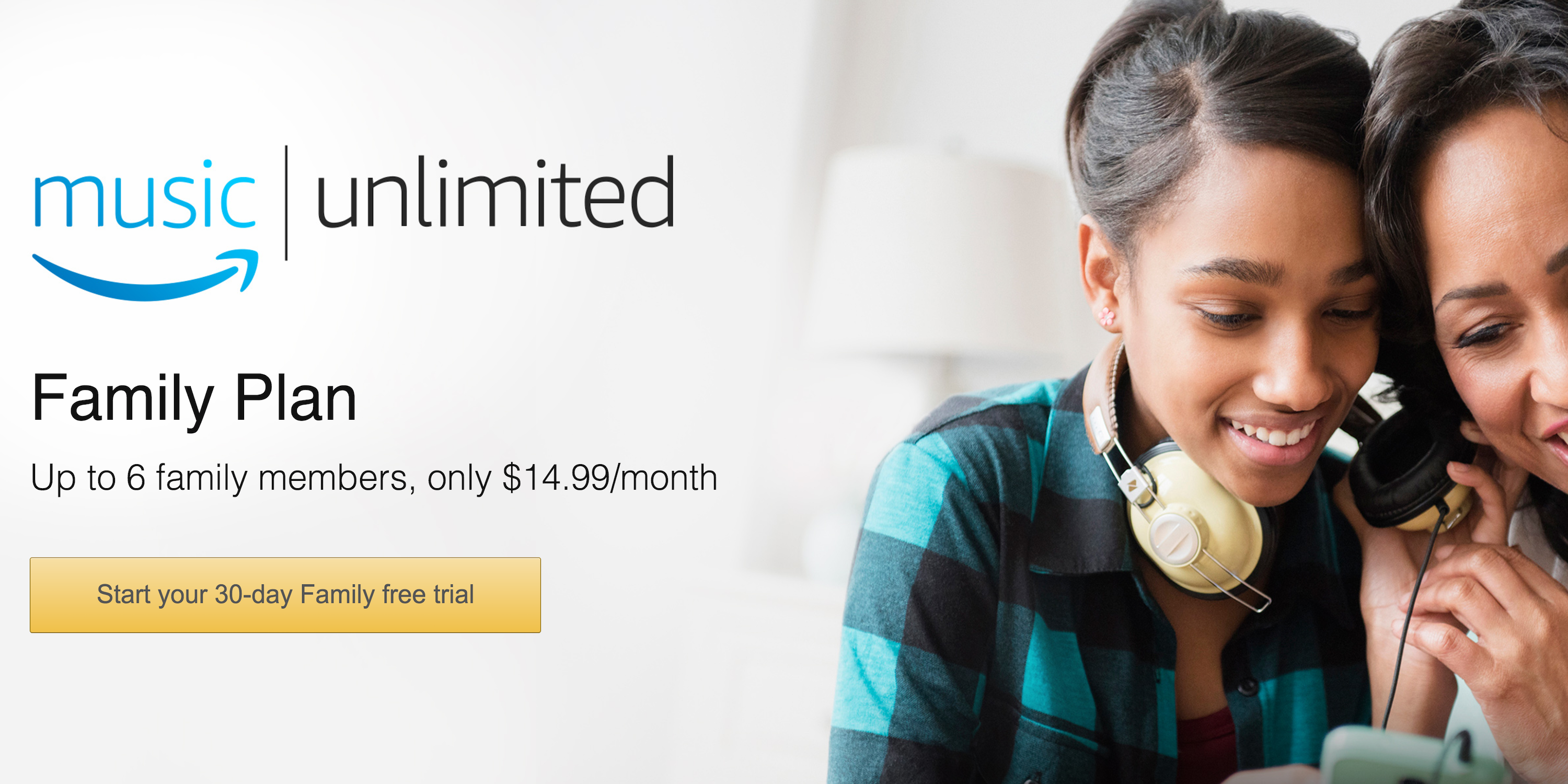 Following a launch of its new Amazon Music Unlimited plan in the U.S. last month and an EU launch earlier this week, today the company announced a family plan option for the service.

Amazon’s yearly pricing is slightly cheaper (around $12.50/month or $30 less than Apple’s annual price), but the company notes you’ll need a Prime subscription to take advantage. The monthly family plan is available to both Prime subscribers and non-Prime users.

Now the Amazon Music Unlimited service has four tiers to choose from when signing up:

While the service is now available in a handful of EU countries in addition to the U.S, the new family plan will for now be limited to U.S. users. Earlier this week the service started rolling out to users in the UK, Germany and Austria.

The unlimited music streaming service gives users access to Amazon’s entire catalogue of over 10 million songs on demand, including through apps for iPads, iPhones, and Android devices, as well as on the web and through the company’s own Amazon Echo and Fire devices. It’s also supported by Sonos.

You can sign-up for Amazon Music Unlimited and get a 30-day free trial here.