Amazon launches its own $9.99/month music streaming service to compete with Apple Music, with discounts for Prime/Echo users 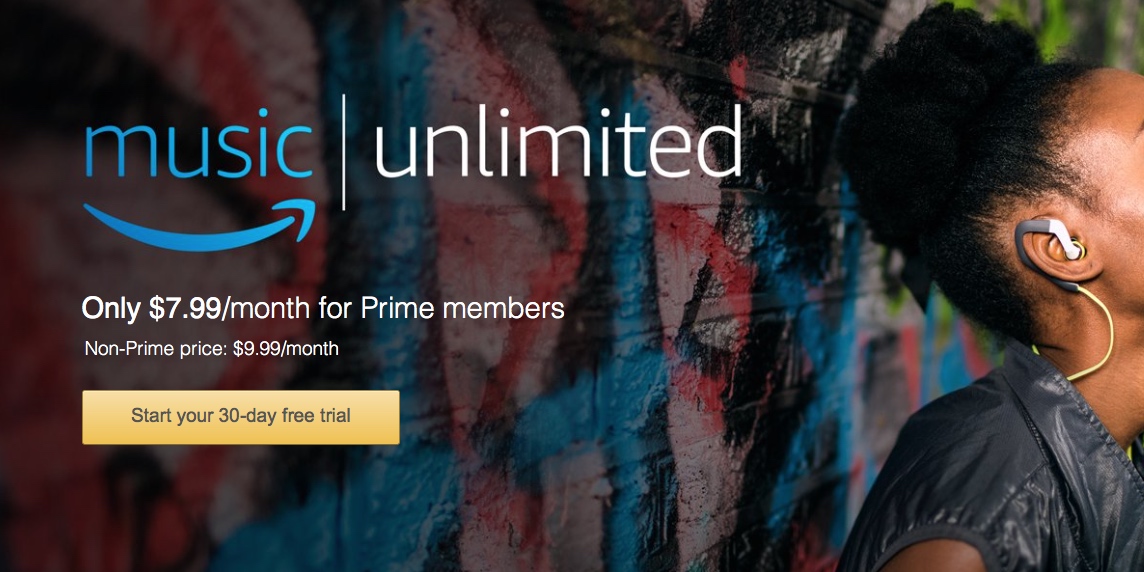 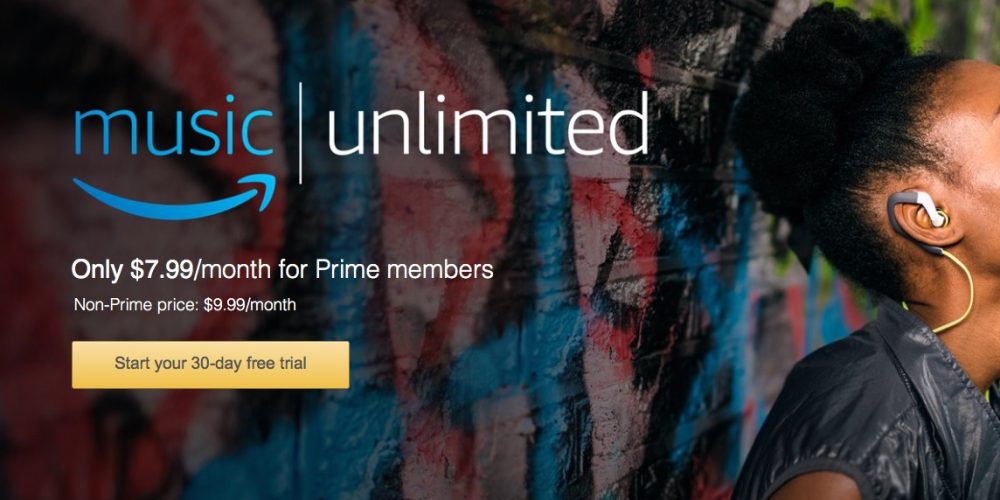 Amazon has launched its own music streaming service today called Amazon Music Unlimited for $9.99/month, adding another worthy competitor to Apple Music and Spotify. The service offers access to tens of millions of songs from major labels like Sony, Universal and Warner. Music Unlimited features a 30 day free trial so you can give it a go without committing any money for the first month. On iOS, users access their streaming libraries through the Amazon Music app.

Amazon is incentivizing signups with some discounts for loyal Amazon users. If you subscribe to Amazon Prime, then Music Unlimited is cheaper: just $7.99 per month. If you use Amazon Echo smart speakers in your home, you can also sign up to a dramatically cheaper $3.99 monthly plan, but this option limits music streaming to only Echo devices.

Amazon had previously launched a music service as part of Amazon Prime, which bundled about a million songs as a perk of subscribing to Prime. The new Music Unlimited offering is a completely separate service with a full content library from labels and indies, albeit requiring an additional monthly subscription. Prime members only have to pay $7.99 a month for Music Unlimited, however. Music Unlimited includes download options to listen offline so you can still listen to a subset of your library whilst offline.

A family plan has also been announced for Amazon’s service, mirroring Apple Music’s family plan deal supporting up to six people for $14.99 per month. Amazon’s family plan option is “coming soon” and will launch in a few months.

The problem for Amazon is that it will be difficult to attract members as the service is pretty samey, aside from the loyalty discounts. There’s not really a reason for people who already subscribe for $9.99 on Spotify or Apple Music to jump ship. Spotify and Apple Music currently report 40 million and 17 million paid subscribers, respectively.

Perhaps, customers invested heavily into the Amazon ecosystem will want to take advantage of Music Unlimited’s integration with Alexa. iPhone and iPad users will always get better integration into the system when using Apple’s service, of course.

Amazon Music Unlimited is available today in the United States with availability in the UK and Germany coming later in 2016. The Echo option is the main differentiator here to what is already available and may attract a dedicated market of people who just want to stream music around their own home and are already bought into the Amazon Echo ecosystem of speakers.

Apple Music has relied heavily on exclusivity arrangements with artists to attract members. It is unclear if Amazon intends to work closely with artists in the same way. Universal, a major music label, has pushed back against these practices saying it will no longer sign exclusivity deals for any music service.