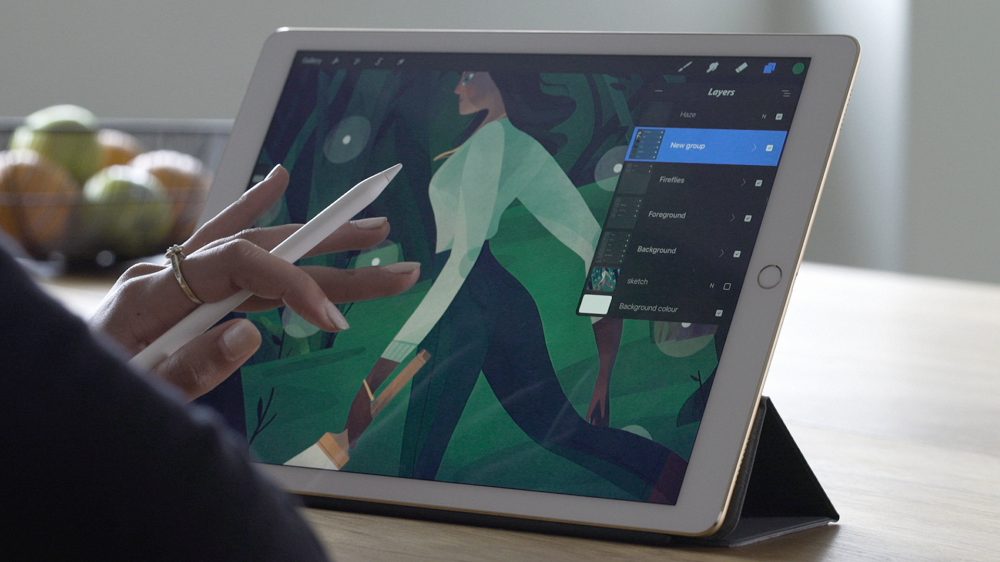 The artistic drawing and painting tool for iPad, Procreate available for $5.99 in the App Store, is rounding out 2016 with one last update in time for the holiday season where countless numbers of iPad Pros and Apple Pencils will be unwrapped for Christmas.

The Procreate 3.2 update includes several major new features, including PSD import for bringing Photoshop documents into the app, Live Capture Streaming to broadcast the creative process, support for a range of iOS keyboard shortcuts, new layers system with nested groups amongst other changes.

For professionals, PSD import fills a big hole in the iPad creation workflow allowing users to bring in their Photoshop projects from the desktop, and continue editing on the tablet with Procreate. Importing a PSD file preserves layers, groupings and blend modes for a seamless transition.

Another headline feature is the addition of screen capture and live broadcast. Procreate now allows users to record the screencap of themselves making a masterpiece. It uses the native system screen recording APIs to capture a high-framerate video of the entire iPad screen, optionally including voice narration. This file can then be saved and shared using the system share sheet.

With iOS 10, Apple extended the screencap framework with a Live Streaming service. This allows apps to send their video in realtime to a live streaming website, in just a couple of taps. The feature is primarily intended for streaming mobile gaming but Procreate is employing it for broadcasting creative work too. Procreate includes an option to add a Picture-In-Picture feed of the FaceTime camera too in addition to the drawing canvas. 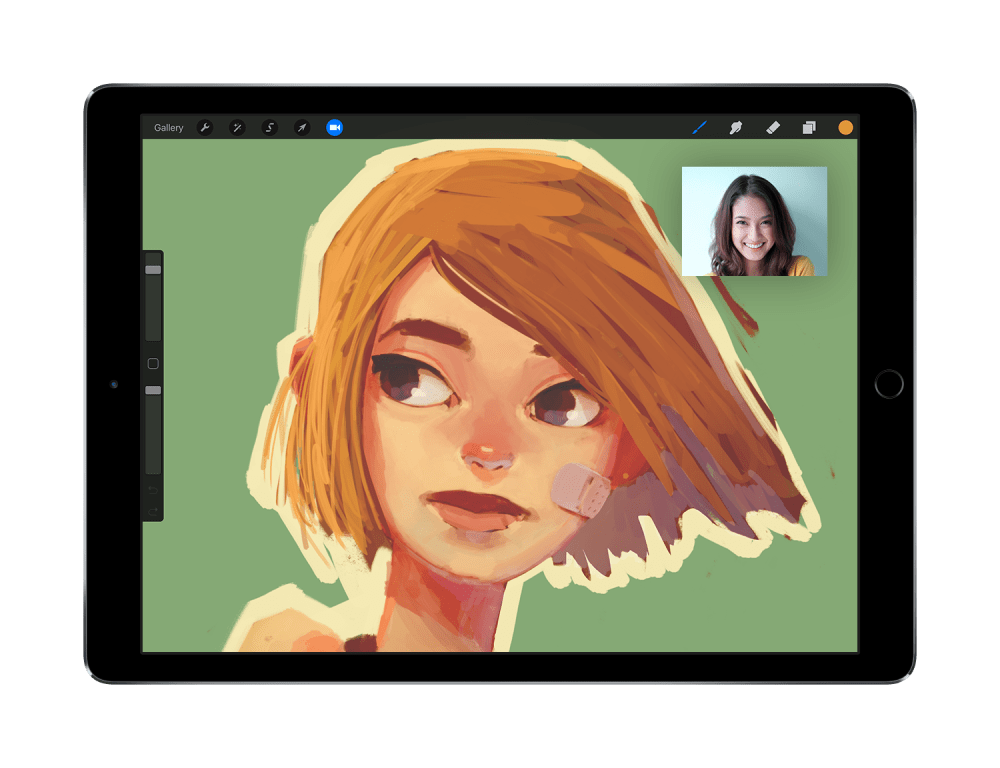 Unfortunately, the Live Streaming integration requires support from compatible video service apps in the App Store. Right now, only a handful of apps have adopted the iOS 10 API. This feature will become more useful when other video providers update their apps to include this support, like YouTube or Twitch.TV.

The update also includes various support for industry-standard keyboard shortcuts, which makes the app more powerful when the iPad is connected to an external Bluetooth keyboard, enabling access to advanced features with a simple key press instead of having to dig through menus. 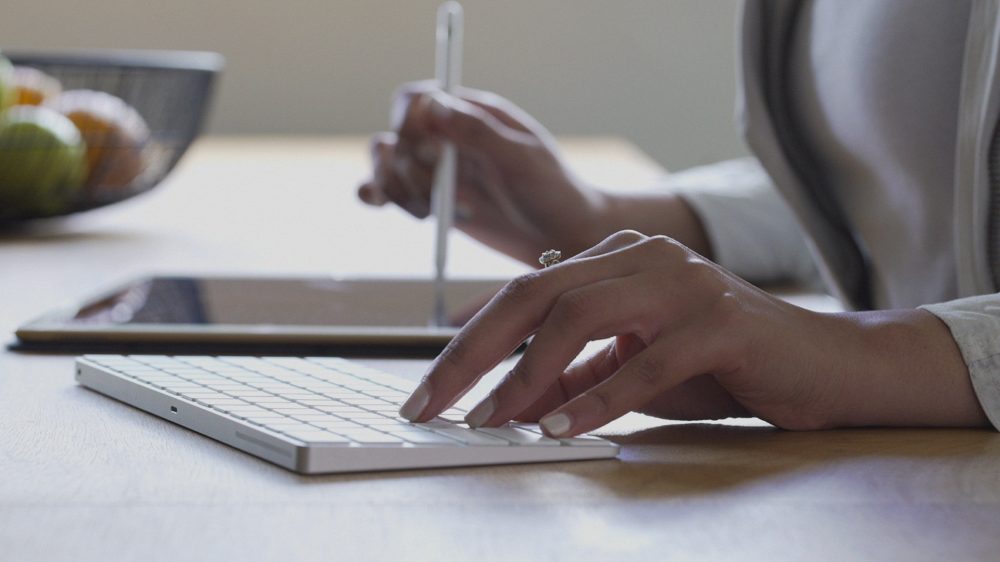 The Layer system has been redesigned with groups, which can be nested, and multiple layer actions. This allows user to select a few layers simultaneously and move, delete or lock them as one combined unit. You can also transform (scale, distort, translate) the content of multiple layers at once.

Also included in version 3.2 is the usual round of miscellaneous bug fixes and performance imrpovements, plus some smaller enhancements like the ability to increase brush radius to a massive 1600% size, a tweaked color wheel optimized for painting and Rapid Undo/Redo; no need to mash the button, long-press Undo to rapidly revert edits in quick succession.

Procreate for iPad is available in the App Store as a $5.99 purchase. A companion app for iPhone is also available, Procreate Pocket, but only the iPad app boasts the full feature-rich experience. Find out more information about the app on the developer’s website.