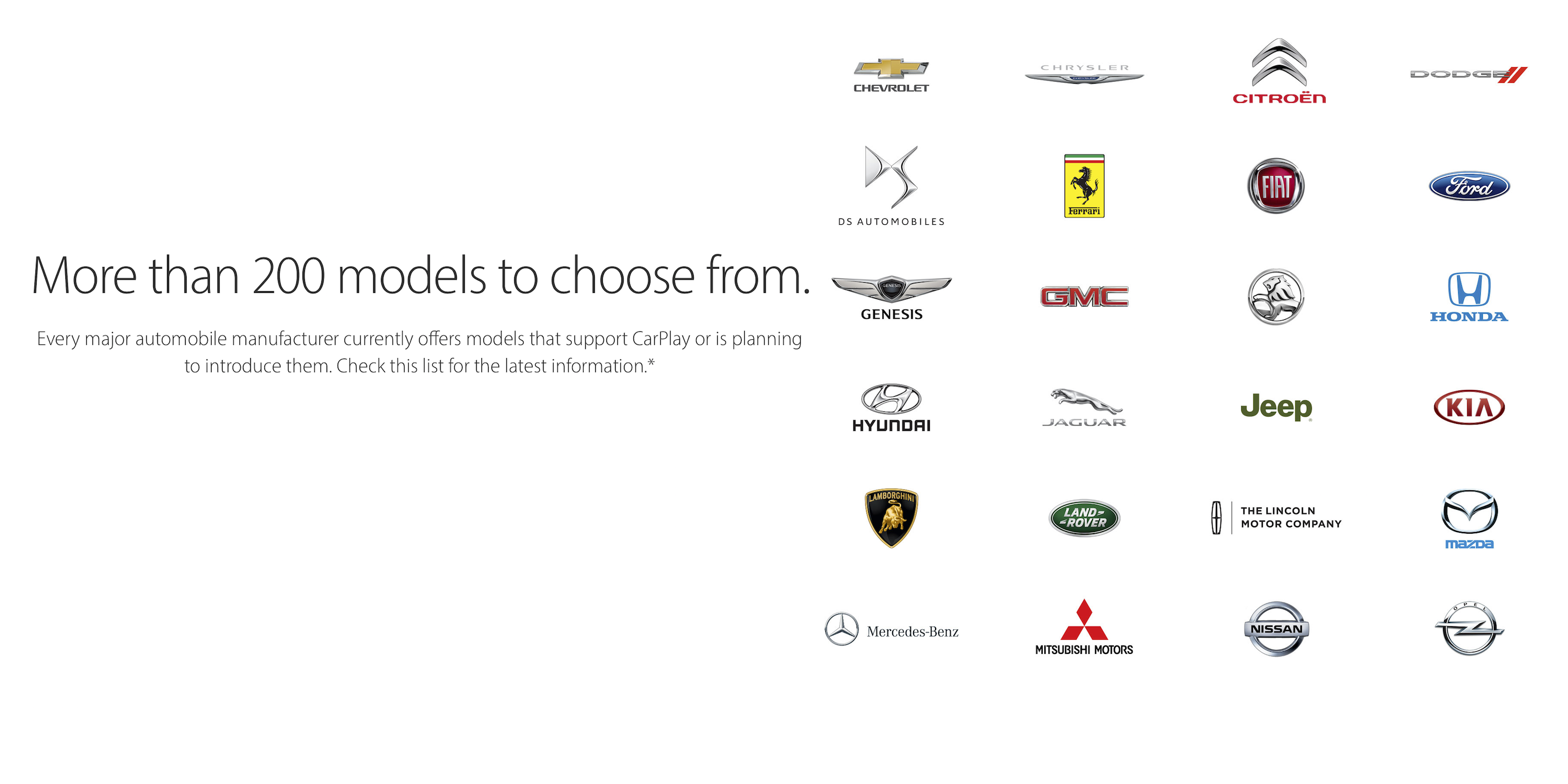 Apple today updated its website listing supported CarPlay vehicles to note that the feature is now available in over 200 models, up from the 150 vehicles the site previously listed. While noting the 200 vehicle milestone, Apple has added 50 new models to its list of supported vehicles, including a number of upcoming 2017 models…

Among the 50 new models added to the list of supported vehicles today are new and upcoming offerings from Audi, Honda, Maserati, Kia, Mitsubishi, Suzuki, and Volkswagen. Some of the models were previously announced by the various car companies, while others are yet to receive firmware updates and some are slated to launch early next year.

In other CarPlay news, earlier today we noted that Sony’s affordable aftermarket CarPlay display is now available to purchase.